The stage was set 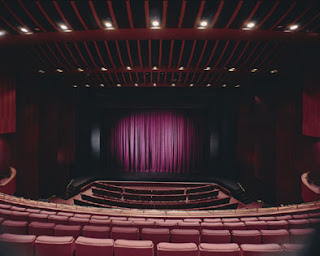 Top of the ninth.....Jays down one.....bases loaded.....two outs.....the world's biggest jackass on the hill for the Sox.....the Future steps to the plate for the Jays.....the Green Monster taunts - no, beckons - his opposite field power.....aaaaand the kid goes down swinging.

Elation in Fenway. Emptiness for Blue Jay fans. An all too familiar refrain.

The intrepid (and soon to be proud papa) Jordan Bastian tweets that the Jays are 16-23 in one run games, which is awful, but seriously - doesn't it feel a whole lot worse than that?

Wait, let me answer - yes. Yes it does. Actually, it feels like a recurring nightmare, where the build up may vary slightly, but ultimately leads to the same gory finale. You might even say the outcome has become anti-climactic.

Blue Jay fever 2009 - catch it! No, literally, I think I've come down with something as a result. The team is making me ill. It feels like a virus.

But you know friends, I'm not here to bag on the team. Not intentionally, anyway. I vaguely recall making an oath that I would do my best to remain positive, which leads us to a new theme as we march toward the close of the season....

Barajas stepping up to the plate, looking for one pitch, and absolutely crushing it.

These are things I love. The Jays may be slowly (but surely) crushing our souls....but it's still baseball, damnit.

Oh, and I would never advocate intentional injury....
....but a well placed baseball between Youk's numbers tomorrow would be completely justified. Or, you know, maybe Rookie Romero aims a few feet lower and lets Pedroia know he's there. Just sayin'.
Posted by The Ack at 12:20 AM

Lighthouse is the gayest nickname I have ever heard.. and that's saying a lot. It's like something an 11 year old would make up. This blog has really jumped the shark over the past month or so... what the fuck happened??

LOL. Best comment in a while, I've been waiting for someone to say something about the content of this blog... "It's still baseball damnit"!?! When I read that, I thought of some diehard baseball fan wearing sweatpants, and still watching BJ games rather than getting a BJ

'Elation in Fenway. Emptiness for Blue Jay fans. An all too familiar refrain.'

Who writes this shit?

Keep the faith, it is still baseball...

What's up with the three anonymouse comments, all critiquing the blog, within 10 minutes of each other? Did a gay threeway of your critics just get done blowing one another and decided to take their excess energy and channel it toward the blog?

Anyway. I have no idea how Papelbon worked his way out of that jam. As a Red Sox fan, I was happy to see him do it, but I was scared S-less with Snider up there.

Romero looks pretty shaky to start out this game tonight, as well, but he's doing OK not giving up runs...

I know how Papelbon worked out of that jam. None of our hitters realize that a Texas league single counts as a clutch hit.

re: negative comments - I don't get too worked up about it. I've long passed the days of needing everyone to like me. People are entitled to their opinion, and if they choose to be a douchebag about it (I can relate), well, to quote Alex Rios...