Get them to sign on the line that is dotted! 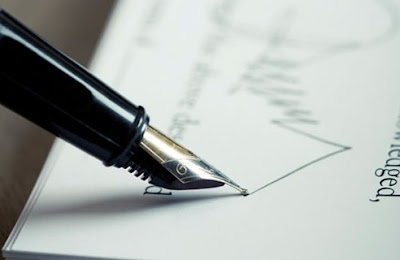 As Alec Baldwin's character in Glengarry Glen Ross noted, "Only one thing counts in this life: Get them to sign on the line which is dotted!"

And so, we follow along with the news of 2009 draft picks who are dragging out their decisions on signing until the last possible second, which is to say tonight. Or today. Whatever.

We're following the action over at Jim Callis' Baseball America Draft Blog, where most of the signings are being broken. If you've got better things to do than to hit refresh on a web page all afternoon, then check out our Twitter thingy (@TaoofStieb) and we'll probably be cursing and swearing about stuff over there.

Thanks. I should probably get back on my meds though.(It's gotta be happy hour somewhere.)

Keith Law called it again did he? Fuck I hate that prick.

Fuckin' Eliopoulos probably just wants to be drafted by an American team so he can become a US citizen. Ungrateful prick.

Sorry about minimal weekend activity. Got busy unexpectedly. And if you hate my shit, then your welcome.

Hey Ack, you think blogging is a tough racket?

I, for one, vow to make these overslot signings criticism-free. For years I've wanted the team to tell Bud what he can shove up his slot. If they don't pan out, it's fine. At least we took the risk.

Do we get any of these picks back next year if they don't sign? Is that just for first-rounders?

I wish that character was our GM.

Damn I love that scene.

I'm sure JP goes over slot on Jarvis Street.

At least this is sort of dramatic. I bet all this waiting to see who signs and who doesn't is what it feels like to be in a pennant race. Right?

Stoeten put two sentences not using dipshit and douchebag? The world must be coming to an end. DJF is not a even pimple on the butt of Tao of Stieb. This is a Rolls Royce AND that site is a fucking tricycle mnissing a wheel!

oooops missing a wheel. Oh,Parkes and Bergkamp are a little better BUT that is like saying that Budweiser is better than Miller. They are both shitty swill from South of the Border.....

But - aren't us Canadians all heart and soul??!!

Hey Tao, how much does your watch cost?
Speaking of the Drunks, what the hell was with that dude who called the podcast and wanted to know the score of a pre-season NFL game? Is this who watches Sports Rage?

My watch costs more than your car.