The next big test 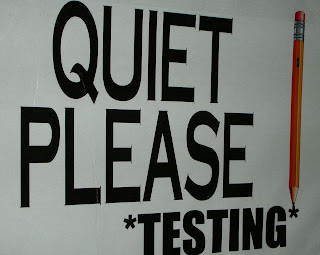 No, I'm not talking about taking the weekend series against the (Devil) Rays. Though that would be nice, fellas. I'm not even talking about the on-field product, actually. The next big test for the Blue Jays organization comes on Monday, when the deadline for signing 2009 draftees expires at the stroke of midnight.

Remember back to the end of February....before the shitstorm we're living through called the "2009 season" had spun wildly out of control. JP Ricciardi, ostensibly speaking for new boss Paul Beeston, announced that the gloves were off with regards to sticking to MLB's recommended bonuses under the (unenforceable) slotting system.

Needless to say, we all had a hard time getting our hopes up. Here's what I wrote:

"I suppose we shouldn't get ahead of ourselves, because seeing is believing when your GM has a penchant for, how shall we say, half-truths. The draft goes the first week of June. You're on the clock, JP."

Well, with regards to the actual draft, JP did not disappoint. The Jays first selection, college senior Chad Jenkins, did not fit the bill of a "tough sign", and he has already inked his deal (at almost exactly recommended slot). The Jays next four selections - Boras client James Paxton and high schoolers Jake Eliopoulos, Jake Barrett, and Jake Marisnick - are and were considered tough signs heading into the draft. The Jays knew this, and selected them anyway.

Fast forward to the weekend before the deadline, and the four remain unsigned. Now - before you berate me and point out that this game of chicken is standard practice across the league (but feel free to berate me for any number of other reasons), let's have a look at what the final outcome could possibly mean.

The landscape has changed. Gone are the salad days of the preseason and May, when the Jays were winning and things looked bright(er) in the executive suites. "We're gonna spend in the draft! Fuck Slot! Fuck Selig!" (it's fun to believe Beeston actually said this - "Yeah, Bud? It's the Beest here. Fuck slot!").

Whether you want to believe the money will be spent in the offseason or not, the fact of the matter is that the last month has been all about slashing payroll....er....shedding costs....er...."bringing expenses in line with revenues"....er...."financial flexibility". Whatever. Not exactly conducive to a free-spending, slot busting strategy.

While Beeston continues to maintain that ownership has not mandated a payroll slash and everything is still looking rosy, the good lieutenant Ricciardi is beginning to waver.

``I guess the old John Wayne saying is, `I don't make the rules, I play by 'em,' '' Jays general manager J.P. Ricciardi said about his budget expectations. ``And that's my role. I've operated on a $50-million budget and I've operated here on a $90-million budget. So whatever budget they give me, we're going to do the best job we can do.''

As Blue Jay fans, we have every right to be confused - and skeptical. So what's it going to be, gentlemen? In what direction is this club headed? The Jays treatment of the 2009 draft class might just go a long way towards telling us.

Enjoying Roy Halladay
I find myself getting nostalgic about Doc, and he's not even an ex-Jay yet. Watching him grind through 8 innings of vintage Halladayesque baseball, it occurred to me that these are the performances I will remember years from now, regardless of how the saga unfolds.

Much like the Tony Fernandez "fake bunt-slap a single over the charging infielder" move, or George Bell asking the home plate ump to check each and every ball that came even remotely close to touching dirt, I'll remember Doc cursing himself for giving up baserunners and storming off the mound after escaping. I'll remember the scowl right up until the handshake from the manager after a successful outing. I'll remember him being the best Blue Jay to hurl a baseball towards home plate in anger.

I don't know what I'm gonna do if the Blue Jays trade Doc.
Posted by The Ack at 1:06 AM

Email ThisBlogThis!Share to TwitterShare to FacebookShare to Pinterest
Labels: fuck 2009, I don't know what I'll do if the Jays trade Doc, JP Ricciardi, Paul Beeston, Slugging beers while posting

It shouln't happen ever with a baseball blog post, but that "Fuck Slot" talk got me worked up. The wife better brace herself. The Jays are going to miss one of these guys because while I believe they'll go over slot., I don't think they'll go crazy.

Roy looked like he was going to walk into right field and kill Inglett after he misplayed that line drive. So much will be missed if Roy goes...

All y'all hear 'bout that Latino brotha, Rios? Homeboy Boriquen dropped a damn ball, y'all! He can't keep his head in da game. Everything that basehead does is whack. Anyway, Halladay was on point and we be busting up this series. Groove on , TO Jays. One more thing, dat whit girl Ivana santilli is damn fine....bootyful if you will. anybody ever see her up in TO?

JOHN WAYNE WAS A FUCKING ASSHOLE. HE WAS A PARAGON OF IGNORANCE, COWARDICE AND RACISM

Anon 1:52pm is A FUCKING ASSHOLE. HE WAS A PARAGON OF IGNORANCE, COWARDICE AND RACISM

FUCK HIM
PS next TIME post your nAME DOUCHEHAT!

Slot hasn't mattered in four or five years. The Tigers made a killing signing players such as Verlander, Porcello, Miller, and Maybin over slot.

Still nice to see the Jays net 6 of 10 so far. I don't have any averages in front of me but my gut says even 8 out of 10 would be right around MLB average.

"Without the late Ted Rogers in the picture, it seems ownership has become all business, all bottom line. In that light, what experienced GM would want to take over a major-league team given the obvious shackles on spending his shekels. They clearly don't want to win as much as they want to break even. It's depressing for Jays fans."

Fucking Rogers - they can shove it in their fucking slots!

From the Toronto Star:

"Injured RH Shaun Marcum had a checkup with arm specialist Dr. James Andrews last week, the Jays said yesterday. Marcum is recovering from Tommy John surgery on his elbow last fall. The team had hoped Marcum would return in August, ahead of schedule, but now says he won't pitch in the big leagues this season. Word of the visit to Andrews set off alarm bells, but manager Cito Gaston said there is nothing to worry about. "It was just a checkup, that's all," Gaston said."

I don't know what I'll do if they trade Doc. Probably stop watching. :(

by my count, rios + rolen accounts for about 16m off the books next year (considering encarnacion). enough for a run at carl crawford?