Scott Rolen will make you choke on your cheesesteak 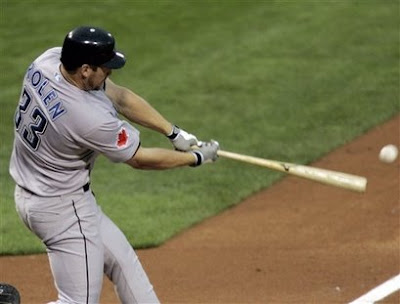 Is there anything that Scott Rolen can't do?

Last night, the Greatest Blue Jay of All Time drove in the winning run (in the first inning), hit a laserbeam out to right and rounded the bases before it knocked a whole clear through the sternum of some Philly douche, and helped turn the first 1-5-4 inning-ending double play we've ever seen.

After the game, he fed the poor, healed the sick, and removed several ill-advised lower back tattoos from several young ladies before sending them home to South Jersey to reconnect with their estranged fathers.

Nice work for an evening, Hoss.

Repeating our Tweets here, for those not Twitter-inclined
So outstanding was Rolen's game last evening that it led us to make the following exclamatory tweet over on our Twitter thingy. (And if you're not following us, then...well, whatever. That's cool...your prerogative.) 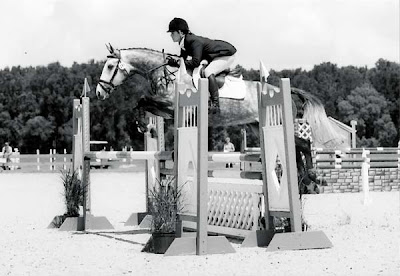 (Mmmm. Tasty looking animal. Do you suppose that Rolen would go with a sweet barbecue sauce, or maybe something a little more smokey? A dry rub perhaps?)

Alex Rios is owning his moniker
We will make excuses for the Blissfully Oblivious Gazelle until we are powder blue in the face, and forgive him each and every one of his trespasses on the basepaths. But seriously: Two baserunning gaffes in as many days? It's almost as if he doesn't give a fuck.

Maybe Alex could use a day on the bench to ponder his baserunning choices, and reflect on why it is that he is prone to such mental midgetry.

Scott Richmond - The Strikeout King of Canada
Here's something fun: Take a look at ESPN's list of the top strikeout performances for this season so far, and savour the sight of Scott Richmond's name in the list alongside Roy Halladay, Justin Verlander, Jon Lester and David Price. Wicked.

Facing the Phillies lineup is a pretty scary proposition, and we worried about Richmond getting thrown to the wolves last night. But to his credit, he tossed a monster game game in the place of Halladay last night.

We're told that last night's game was on ESPN, but since Richmond is a good Canadian boy, he wouldn't be phased by such things, because we don't even know what ESPN is. But you know that Scotty gets the cold sweats every time he meets Rod Black.

Aggregating data is what we do
Almost forgot: We're going to be doing the Inside the Blue Jays posts over at Bart Given's Inside the Majors blog, and the first of them was posted yesterday.

In future posts, we'll supplement some of the data points with our trademark wit an whimsy to contextualize them. And if there's anything of obvious relevance that we're overlooking like the Gazelle running the bases, let us know.

Thanks to Bart for the opportunity to contribute. All it is going to cost him is a nice dinner at Lift with Jody. (You can tag along if you want, Bart...if you don't mind sitting at the bar. Sorry...were we not clear about that?)
Posted by Tao of Stieb at 9:19 AM

hmmmm fresh horse and BBQ sauce. So tasty. As there been a Troy Glaus sighting yet? Just wondering if he will ever be back in the Bigs without his "special pills".

As for Rios, I've come to the realization that we can expect 15-20 bonehead plays a year. I think it's a stipulation in his contract that he needs to adhere to.

People pounce on every mistake that Alex Rios makes. I think it is because he is pretty.

Don't hate the Gazelle because he is so pretty!

Rios is amazing. Seriously. 11 hits in his last 6 games.

Does anyone remember a time when the Jays had four lefties - Tallet, Rick-Ro, Mills, and Cecil - in the rotation? I certainly don't.

There might be a slight possibility that Key, Cerutti, Musselman and Wells were all in the Jays rotation at the same time at some point for a week, but that's the closest I could come up with.

Checking in with Baseball-Reference:

It seems kind of unlikely that they had four at any given time, but still, it's a bit odd to see that many lefties in the rotation.

Never mind the fact that the Jays still have three lefties in the bullpen when their lefty closers aren't crapping the bed or hurting themselves by running like a girl.

Seeing Hoss Rolen and Hill go deep in the same inning was almost too much for this superfan to handle. It was almost emough to snap me out of my mid-season funk. Almost.

I take full credit for sending you on the stat-hunting spree, Tao.

And you're going to get there Ack, soon. You'll officially be out of your funk when Wells goes deep. And if there's a mother fucker that's due, it's V-Dub.

Rolen strikes me as the kind of BBQ'er that would forego sauce in lieu of a dry rub. He'd smoke that shit with apple wood chips, and then cook it low and slow for 16 hours.

Rolen is so good that he even makes horse sound delictable.

What the hell is "chesesteak"...don't you have spell-check?

Fixed. Although to be fair, with all those E's and S's in quick succession, it's a pretty easy word to muff up.

Rios is easier to forgive when the Jays still win. When they don't ... he borders on Vernon Wells-dom.

I'm ready, willing and able to say that J.P. clearly won the Rolen/Glaus trade (and the Overbay/Bush trade, FWIW).

The Brewers have Fielder playing first. I don't think they're worried about whether they won the Overbay trade.

Fielder is one off-season eating binge from being out of the league for good.

As well the Brewers have looked at the idea of trading Fielder for a SP.

You keep talking about choking the cheesesteak and Gay Jays Fan will come in here and shut down the thread.

I don't know what happened over the last 3 or 4 hours - I must have blacked out - but I woke up with soiled pants and a racing heart. A little help?

I think that a cheesesteak fuck is in tall order after that win! Hurrah, the he-men Jays did it again. Accardo would look better in leather,though. He fills into his uniform nicely as opposed to BJ Ryan who got fat! He used to be such a muscle queen wasn't he?

From ESPN's game recap, I've felt for a while that Barajas is likely the best catcher we've had in our lineup for sometime. But when facing his old team the evidence suggests he's a Man-imal!

Rod Barajas is not a well-liked fellow when in the city of brotherly love. Despite spending just one year in Philadelphia, Barajas managed to earn the hatred of the Philly faithful. Since departing for Toronto in 2008, however, Barajas has continued to torment the Phillies.

• Barajas has batted against the Phillies in five games since joining Toronto in 2008; all five games were Blue Jays wins.

That "it's almost as though he doesn't give a fuck" comment was golden. I must have laughed for 5 minutes.