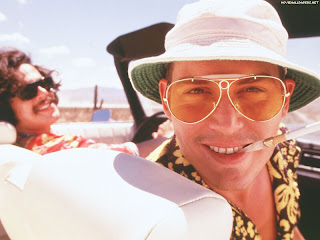 Rather than mope around this space all weekend (and maybe into the next, depending....), I'm going to get all of my frustrations out in one shot. I'm doing this for you - a Blue Jay fan pity party, if you will. Let's grieve together in a series of self-loathing (semi) quick hitters.....

.....Hopefully, the pitching cyborg's strained groin isn't that serious, and he misses just one start before the engineers are able to tweak the mechanism back to optimal. I'm embarrassed to tell you how empty my life would be without the Doc for an extended period.

Let this be a lesson for all of you ignorant assholes who would even allow the thought of trading him enter your mind. Ask yourself - "Self, how much am I enjoying this time with Doc on the shelf?"

If even posing the above question doesn't bring on at least a mild bout of depression, well then, I don't think we can be friends.

.....Jesse Litsch, fare thee well. Last I checked, you had a few bosom buddies on the DL who just might have something in common with you.

.....Speaking of Dusty McG, when was that return date again?

.....Speaking of questionable return dates, the phenom's back might keep him out of action for how long? And it's been bothering him since when??

.....Sausage King > Bullpen Ninja? Really? Somebody help me, I seem to have a giant knife sticking square between my shoulder blades.

(I told you this was a pity party. On one thing we do agree - Beer. No exclamation point. Not tonight.)
Posted by The Ack at 12:40 AM

Email ThisBlogThis!Share to TwitterShare to FacebookShare to Pinterest
Labels: Depressed, I don't know what I'll do if the Jays trade Doc, quick-hitters

FFFFF.....
This is going to be a minor thing for Doc, right?
FFFFF....
Let's see, last year's rotation, DL?, NYY (a fate worse than the DL), DL, DL, DL.
FFFFF...
Can we get an even dozen starters this year?
FFFFF..
Thinking about the starters brought back unwelcome memories of Burres.
FFFFF.
The phenom had a sore back through all of that?
FFFFFFFFFFFFFFUCK!

Funny, the only thing still running through my head (it is very foggy in there atm) is also FFFFFFFFFFUCK.

Doc being hurt, missing starting the All-Star game AGAIN, not being able to watch his awesomeness at the ballpark...I can't deal. I just can't. I may have been to blame. I was working on a comment telling Yankee and Sox fans that he wasn't going anywhere, that we were going to get him a ring. Hope I didn't jinx him.

Ain't no sunshine when he's gone...

Sausage King >>>>>>> Bullpen Ninja. Not that BN is a bad nickname, Sausage King of the Bullpen is just that good.

IS IT SAUSAGE KING TIME? OR IS IT BULLPEN NINJA TIME?

I LOVE THEM BOTH.

Janssen may need some more time in AAA or in the pen. Entirely agree that Roy should be a Jay for life. Cecil, Mills, or Castro should get a shot to replace Janssen until he resolves his issues. If Roy does end up on the DL....who becomes the "ace" of the staff? Wells should be hitting 7th or 8th. Nobody, not even David Ortiz in Boston, should be given the 3rd or 4th spot in the lineup just because they have more experience or bigger contracts. Lineup should be Scutaro - Overbay - Hill - Lind - Rios - Rolen - Wells - Barajas - Bautista/Dellucci/Inglett

Do all those prognositcators who said the Jays would finish 4th or 5th thi year I just wanna say....good call!