Half-baked ideas - Halladay as a reliever! 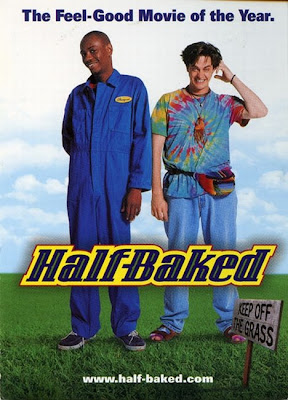 If we had any credibility left, here's where we lose it all.

With the prognosis on Halladay seeming to be somewhat less than catastrophic, there remains a possibility that Doc could be ready to pitch by this weekend. Except that would require him to run the bases, and frankly, we don't want to even think of him testing his fragile groin trying to run out a grounder in Washington.

Certainly, the Jays could just let him rest until they get back to Toronto on June 23rd. That would be the prudent way to handle your most valuable player. But here's our goofy idea: Let Halladay come in late in the game on Saturday or Sunday as a reliever.

If Halladay is able to pitch, but the Jays are only sitting him to avoid the NL rules, they should at least consider using him late in the game if they find themselves in a high-leverage situation (a one or two run lead for either side.) Cito could work a double-switch to keep his at bat as far down the lineup as possible, and maybe they get two or three big innings out of their best pitcher.

Sure, we want to make sure that the Blue Jays treat Halladay as the precious jewel that he is, and not risk further injury to their ace, and if this were any other pitcher, we'd write it off as ludicrous from the get-go.

But Doc is cut from a different cloth. That dude would pitch every day if they let him. And if it were up to us, they would.

It wouldn't be any crazier than hitting Wells third and Overbay seventh.
Posted by Tao of Stieb at 4:51 PM

Also your budgie might get bored if he has got no company, ..... I bought him a "replacement" because I've come to realise that .... yellow one Homer and the blue one Marge (after The Simpsons). ... As I said previously, my fiance named one of our birds after a Simpson's character he really liked. ...

if his groin is such that he can't run, how could he push off that leg to pitch though?

It wouldn't be any crazier than hitting Wells third and Overbay seventh.

Look how our sensitivity becomes blunted towards those with whom we live.
http://taoistic.vox.com/library/post/without-training-the-intellect-the-children-will-remain-like-animals.html

There's a slim chance of Halladay getting on base anyways. They could either let him swing away or just tell him to drop a bunt and take a light jog for the sac out.

tao, no need to spam, when i need your advice, i will find it. out of nothingness the answer will come to the sage. but you know that, right?