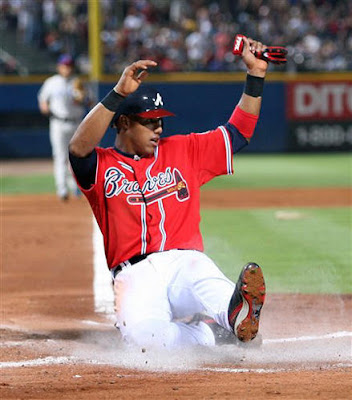 Okay: So we had to give up Alex Gonzalez, who we've grown to love, and Tiny Tim Collins, who was a mountain of a main in a little tiny package. (And Tyler Pastoral Hickeys or something or other.)

But, dudes: Yunel Escobar? For reals? Is it Christmas already?

Okay, this isn't like getting the Six Million Dollar Man action figure, like we did when we were a wee lad. Because the only equivalent to that would be getting Hanley and Josh Johnson, or something equally awesome. 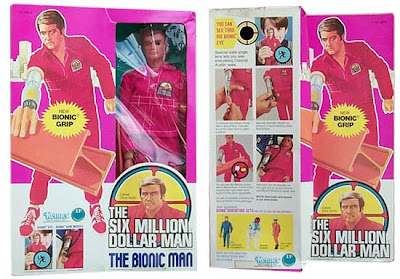 No, this is more along the lines of the Jan and Dean record that you got, which you kinda thought was cool in the moment ("Hey, look! I gots a record!") and which would give you hours of enjoyment through the next few years as your nascent love of surf music would begin to emerge. 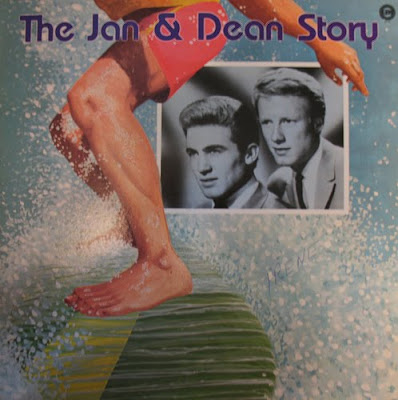 Okay. Maybe it's nothing like either of those things. But it is kinda exciting to tear off the wrapping paper and see something new and shiny to play with and write about over the next few seasons.

There's probably not a ton of analysis that we can add to the mix at this point, given that pretty much everyone in our hemisphere has already tossed the "Sold high on Gonzalez / Bought low on Yunel" meme out there. We do have some concern that Escobar is really just this year's edition of Wilson Betemit, a super-hyped Braves prospect who quickly will fades into obscurity as a bench player somewhere else in the next few years.

Nevertheless. As the host of MLB.com's Fantasy 411 Cory Schwartz is fond of saying: Don't confuse the outcome with the decision. This is a smart move for the Jays to attempt to get a younger, more controllable player in exchange for a player who may well have already maxed out his value to the team (plus a couple of players who profile as marginal major leaguers at this point). Before the season, we would have gladly taken a 17 homer season and plus-defense from Alex Gonzalez. We've already received that. Now, let's see if Yunel's offensive mojo can somehow be brought back to life by the healing hands of Dwayne Murphy and The Manager.
Posted by Tao of Stieb at 10:06 AM

It's really encouraging to hear AA say that they've identified some adjustments they want to make to his swing in order to get his power back. If it was mysteriously MIA, that'd be one thing, but if they think they already know where it went and how to find it again, that's good news for us.

And to be honest, I'm actually pretty excited to see Escobar's so-called "flashy" style of play. Anything that doesn't sit well with Chipper Jones is pretty awesome in my books.

This is a fantastic point.

Yeah, Chipper and Bobby and the good old boys down there probably have a hard time making time for a young enthusiastic whipper-snapper who don't talk English.

Did you read Jeff Blair's grumpy take on the trade? Talk about a party pooper...

"We do have some concern that Escobar is really just this year's edition of Wilson Betemit, a super-hyped Braves prospect who quickly will fades into obscurity as a bench player somewhere else in the next few years."

Marte came to mind as well, for sure. It seems like the Braves have had a few of these guys, and they don't know what to do with them once they get to the Bigs.

Did you read Jeff Blair's [grumpy] take on the trade?

needs to be edited for redundancy.

...difference between Escobar and those other dudes is that Escobar has 3 solid big-league seasons that prove he can be a star-level player.

I've got a lot of thoughts on this deal, not sure I've formalized them yet....other than shame on the Atlanta and some national media painting a picture of this kid as some sort of super-villain.

What exactly has he done to earn such scorn, other than pissing off Bubby Cox and Larry Jones, that redneck Toronto-hating backwoods fuck? Someone point out Escobar's criminal record or violent past to me.....and if I read one more comment about how he "almost broke Glaus' arm by lobbing a throw into the baserunner's path", I might very well vomit.

Really - all this scorn because of perceived (real or imagined) lack of hustle and indifferent attiude?

It's Rios all over again. At least the Jays dumped a big salary there. I would piss my pants laughing if Escobar's first & last statement to the Atlanta media concerning the trade - in English - was "Who gives a fuck?"

Indifferent or not, if he can improve Toronto's woeful OBP he'll be a positive addition. This team plays like it is against the rules to get on-base, something has to give. Boston has hit 18 fewer HRs but scored 70 odd more runs. It is amazing what can happen when you don't make outs. Cito and his "agressiveness" is producing bombs, but little else.

I hope the kid was just staging a work protest and starts to tear the cover off the ball.

I like the move for Escobar even if he doesn't pan out. Now I just wonder who will be the next Jay to fly the coupe?

I’m surprised Overbay is leading my poll on who BlueJays will trade next. Relief pitchers are hot commodity every year and thought Downs would get more votes.

Check this out, very good analysis!