A modest proposal: Load up now 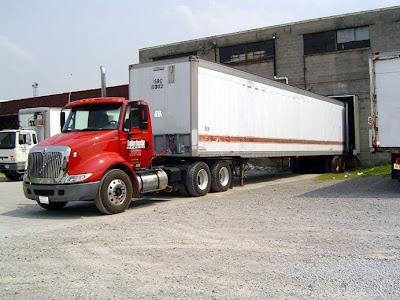 It's less than a week away from the non-waiver trade deadline, and things are starting to get a little nutty cuckoo around the baseball blogosphere.

We've made an effort over the handful of years that we've been doing this to not over-exaggerate with the silly trade suggestions, in part because we figure that you could probably make that stuff up for yourself, or find another dozen blogs who will make it up for you. (Or you can read SI's Jon Heyman.) But didn't get to be The World's Most Respected Blue Jays Blog by doing what everyone else does, now did we?

(Note: We're probably not the The World's Most Respected Blue Jays Blog. It's probably some 16 year-old kid on Bleacher Report.)

For a sport whose fans and media generally demonstrate more dynamic thought processes, the trade deadline seems to herd people's opinions on trade possibilities into two simple pens: The Buyers and the Sellers. If you're "out of it", you're selling, and if you're "still in it", you're buying. If you're buying, you're bringing in big league talent, and if you're selling, you're planning for years down the road by taking a flyer on someone else's prospect. That's it, that's all, that's the axiom and you live by it.

With the Jays falling ostensibly into the Seller pen, we have to ask: Why must they move bodies, and why must this be an exercise in looking so far down the road? If other teams who are out of contention are locked into that mindset, why not capitalize on the moment and look to add a piece who will help in 2011?

We give Alex Anthopoulos full marks for already going against the grain in the Yunel Escobar deal, as we think it feeds into a swifter route to contention than the Eternal Building Process. And given the dearth of really interesting free agents in the coming off season, we'd fully advocate for the Jays to consider loading up now on players who could make them a 90+ win team next year as they cast off some players in the last years of their deals.

That doesn't mean holding onto Frasor, Downs, Buck or Overbay, nor does it mean trying to swap those pieces for MLB talent. But if someone is offering a player who still has years left on his contract (like Lance Berkman, Josh Willingham or Matt Capps), we see no reason why you'd fold up your pad folio, turn off your Blackberry and wait until the Winter Meetings to move on those players.

I like Berkman to come back, and if he can share DH/1B duties with Lind and Wallace next season, he could be a very good piece.

I will bet you that Berkman ends up on an AL team next season, and puts up an OPS over .900.

And Matt Capps? Yes please. Youngish closer with very good numbers over past few years. 2009 ERA and WHIP look bad, but he had a good xFIP, and might have been one of the unluckiest pitchers last year.

I have a big mancrush on Capps right now.

I'd definitely take Capps over Gregg, but he's only signed through next year (I think?) and a marginally better closer isn't really going to do much anyways. Willingham's fine but between Lewis, Wells, Snider, and Bautista (not to mention Lind) there are already too many outfielders around these parts, and Berkman just seems like a typical Ricciardi signing to me (expensive old guy on the decline).

I totally agree that if AA can get some guys to help out in 2011, he should go for it. But those particular guys, I'm not so sure about.

It would depend on the players I'd have to give and how much the player would make next season. If I have to give up a decent prospect, forget it, or if having this person means one less Adenis Hechevarria type signing next year, forget it.

But Ty: Who's gonna close next year? If Frasor and Downs and Gregg all get moved, that leaves you with maybe Purcey as an internal candidate, and you'd either have to sign or trade for someone in the offseason.

Capps would be an upgrade over Gregg now, and would be somewhat controllable for next year.

Again, this is supposing that you want to try to win 90+ games next year. If you wanna just ride it out and see how it plays out.

I'd go with Purcey, personally; Cito had him warming up to close the second game yesterday before Tallet and Frasor blew the lead, so I'll take that as an indication that they're at least considering him as a closer in the post-Gregg era.

I wouldn't write out Josh Roenicke either; he's putting up a very respectable 3.28 ERA in a hitter's park in the PCL right now, along with 9.1 K/9 and a neat 2.77 K/BB ratio. I know he probably doesn't have a lot of confidence from Cito right now, but with a new manager next year bringing a clean slate, he could nab the spot with an impressive Spring Training. If it were up to me I'd see what Purcey can do, though.

I definitely wouldn't hate to see Capps on the team, but I think Washington values him pretty highly and his performance so far this year has clearly boosted his trade value, so I don't think he'd be worth the asking price. The Jays' main trade candidates are all veteran guys at the end of their contracts, which is the opposite of what Washington would be looking for, and I'd hate to trade someone who's part of the future for a year or two of a decent closer.

Roenicke's actually a good call, although I wouldn't mind him getting a season in the set up role.

Hopefully he'll get the call if/when the great bullpen exodus plays out by the end of the week. Accardo has actually been doing alright for himself down in Vegas as well, but it's probably best to just leave that one alone.

I really didn't think the first comment here would be someone who didn't want Lance Berkman.

I'm sure the Astros would be happy to take a prospect or two for Berkman. Then again, they're the Astros, so who the eff knows what is going on with them?

"I actually enjoy going into situations like that because it's a challenge," Purcey said.

i'm all for loading up, but i'm not clear on what we're looking to add...
escobar solves the never-ending ss issue. bautista could shift to 3b nicely... a top-flight lf to replace f-dot-lew?

Why not keep JB, VW, and FL in the OF? And trade the rosy-cheeked wonder for 3B help? PS, Love the Bleacher Report dig!

We are not trading the 22 year old future of the franchise.

Not unless it's for Evan Longoria.

@Steve G - You're right, but even with those terrible numbers in a down year shortened by injury, every vital numbers is still higher than our current 1B, the 33 year old Lyle Overbay.

@ Archimedies - That's cool, except that's like deciding that because you drive a 1990 Ford Probe, you're going to spend $30,000 on a 1991 Ford Probe. It's only an incremental improvement for a heck of a lot more cost.