Giving the fans what they want: The Shepherd's Pie Post 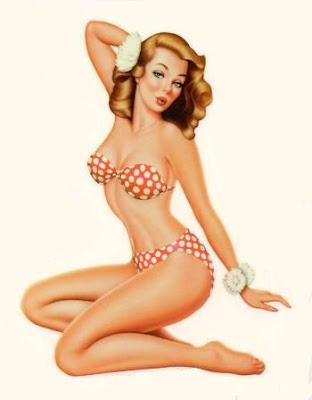 Today was one of those days where we had about 15 minutes to pull together a post, and nothing totally enthralling to write. (As if that's stopped us before.)

So we threw it around Twitter: What do we post about today? Do we do a thoroughly-entertaining Tweet Bag (even if we don't have tweeted questions?) Do we rev up the Starting Pitcher Power Rankings? Do bitch about our fantasy teams and their hard luck? Worry over Hill and Lind? Or do we just throw up some bikini pics and call it a day?

Then someone suggested that we do the whole lot together, and mix it up into some sort of delicious stratified treat. Like a parfait, or a tasty Pâté chinois (only with peas instead of corn, because peas are yummy and better for you. But we digress.) And really, who are we to deprive the kids of what they want?

The Tweet Bag Question!
@hemiboy tweets: How about a status of the top 5 Jays prospects? Are they ready for the big show or underachieving?

We really wish that we could spend lots of time parsing through this, and figuring out which of the top five are up and which are down this year. We were all ready to check in with Baseball America's site to see their top prospects list for the Jays this year, but then we realized something: BA apparently uses some sort of HTML editor which chisels the code into granite, because they have yet to update their list to include the players who came back in the Halladay deal.

And here's the really weird part: We went and bought the magazine with the AL East prospect lists in it...and the dead-tree, printed version is more up to date than the website. Which is just weird.

Since we don't have the magazine with us (it's literally in our basement, probably sitting under a Pat Borders bobblehead), we'll have to come back to this one later.

Roto Kvetching!
It's the second year of the Tao's Roto Hoe-Down, and we were determined to come back with a vengeance this year. We were going to prove to everyone what a baseball savant we were, and why you should all hang off of every word we write because of how goddamned brilliant and insightful we are.

But here we are, at the midway point of the season, sitting mid-table once again.

We could write it off by saying that we drafted Kendry Morales and Shin Soo-Choo, but those guys actually produced pretty well for us while they were healthy. More dubious was our decision to draft prospect mancrushes of yesteryear, like Alex Gordon and Cameron Maybin, neither of whom is on our roster nor the roster of their respective MLB teams.

Also galling about this year's league: That Navin from Sports in the City is running away with the league with a team named The (The Manager) Effect (except that he actually uses the name, which is gross.)

Hill and Lind
Speaking of SaTC, we've been sitting on a "when does a bad start become a bad season" post for a while now, but Navin has beaten us to the punch. (Between TBRTOAL and the Roto Hoe-Down domination, we're starting to really resent that guy). Nevertheless, there is musing and there are stats, and his piece is probably better than the old man clichés we were about to string together on the topic, so have a read.

One more bikini pic
Because you deserve it for making your way through the whole post. It's Raquel Welch! Mazel! 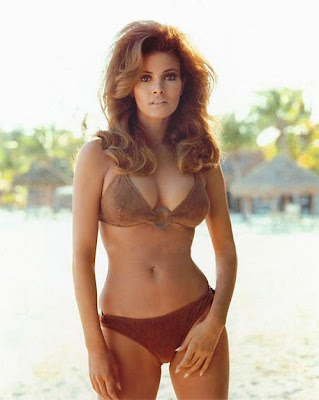 There's nothing wrong with it. We all get orange slices at the end of the season.

Stupid Navin with his stupid first place team took my #1 spot and ran away with. It'd be nice if half my team didn't have nagging to major injuries.

re: roto....it's not that I've "checked out" b/c my team sucks....but with 18 teams and deep rosters, there's not much that can be done in the way of improving my shitty squad. But yeah....fail management by The Ack.

So much love in the building today!!!1

It's all for Cito.

You are forgiven with the Common reference in your post title

That's an accidental reference. I only know Common as one of the assassins from that Angelina Jolie movie.

The thing is, I went into the Roto Hoedown with a plan. Draft Albert Pujols, and draft Vernon Wells. That Scott Rolen guy's worked out pretty well, too.

I bet you also know Common from the Queen Latifah vehicle Just Wright.

Did you know that Wanted was based on a 6 issue comic series and the writer and artist conceived that the Angelina Jolie and James McAvoy roles would be played by Halle Berry and Eminem?

The movie bore almost no resemblance to the comic -- but I don't blame them, the comic was ridiculously ultraviolent and amoral. If they shot it as written, it would have cost 300 million to make and would have been NC-17 at a minimum.

For an old school bikini shot, this makes me go hmmmm . . .

Though you may be able to find online CNA training classes, you may first want to check with your local community colleges or vocational training institutions to see if they offer any CNA training classes. In the healthcare world today, where the focus is shifting on prevention and wellness, but physicians are not choosing to be primary care providers, nurse practitioners are filling in the gap. When in these programs become familiar with about chemistry, anatomy, physiology, medical terminology, and how to take vitals.