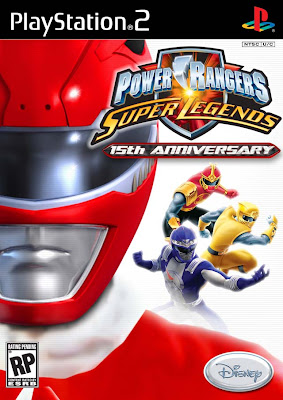 This is the part of the post where we make excuses for how lame the rest of the post is going to be, so here goes: We were going to take this seriously this week, and break down the perfomances of Jays starters over the past two weeks. But then we realized that we're writing up fictional Power Rankings for our own amusement. Also, pretty much every starter has had a bad week. So we're kinda making this up as we go.

4. Kyle Drabek (Last Week: 9)
We realize that it doesn't mean anything, but he tossed a no-hitter, is an Eastern League All-Star and is making noise about wanting to take on Big Leaguers now. "Whenever they think I’m ready then I’ll be ready to go." Badass.

5. Marc Rzepczynski (Last week: 7)
Gets the call to the show in spite of evil 6.66 ERA in PCL. After one start, MLB ERA is 6.35. Progress! Goes a respectable 5.2 innings against tough Twins lineup, and strikes out seven.

6. Shaun Marcum (Last week: 2)
He's broke, and on the DL. Struck out seven in his last appearance, but gave up two dingers and lasted just four innings.

7. Jesse Litsch (Last week: 5)
Here's a head scratcher: Jesse had an OPS against of .854 in his last two starts, but a BABIP of .211. He also had only two strikeouts. We can't figure that out, but there's a part of us that wonders what's going to happen when the balls start to fall in at a regular rate against Jesse.

8. Brad Mills (Last week: 8)
Alan Ashby noted on last night's radiocast that he's likely the next to get the call. 4.31 ERA in Las Vegas, which probably translates to something under 1.00 in a regular environment.

9. Zack Stewart (Last week: Unranked)
A good month at New Hampshire, with a couple of blips. Sitting on a 4.28 ERA. A few too many walks mixed in (37, versus 68 Ks in 88 innings). Seems further from the Bigs now than he did at the time of the Rolen trade.

10. Joel Carreno (Last week: Unranked)
This slot probably belongs to Henderson Alvarez, but we were a little too impressed with Carreno's 103 Ks versus just 24 walks in 86 innings so far. Gives up too many hits (96), but did you see those strikout-to-walk numbers?
Posted by Tao of Stieb at 12:43 PM

I know his line doesn't back this up, but I felt a LOT more comfortable watching Rzepczynski pitch last night than I have with Litsch on the mound this year. Here's hoping he's kept around as the fifth starter after the break, and Jesse gets a chance to work on some things down in Vegas for a while.

I hope that the Jays will look at moving their AAA farm team closer to Toronto before the agreement with Las Vegas is over. Both Syracuse and Buffalo signed a two year agreement with Washington and New York Mets which will end at seasons end. Maybe with the rebuilding of the farm system AA has done, Syracuse may want sign on again with the Jays as their AAA affiliate.


Alternatively, it'd be nice if they could move a team to either Ottawa or Montreal as others have commented before. I kind of miss watching AAA baseball in Ottawa.

Excellent form, Ty. And about Litsch Tits, hoping that Jesse gets a chance to work on some things down in Vegas for a while. means GETS THE FUCK ON A TREADMILL, right? I don't know why it bothers me so much that he's so portly. But it does. He had a year off after surgery, where he couldn't throw, and he came back fatter? This doesn't make sense to me. He should be in the shape of his life, trying to crack the starting rotation of a Major League Baseball team in the American League East. Ugh.

I think I heard it on The Fan, but the idea of a 6-man September rotation was floated around, in order to keep innings down for all the young pitbulls of ours. I'm all over that. And that means Drabek's up, and gets to pitch to those Major League hitters he's pining for.

You can't take away his Litsch Tits and expect the magic to continue.

I do think it says a lot about a guy's work ethic, though, that he could somehow put on weight when - as a professional athlete - he's not allowed to throw for 6+ months. If he's not pitching, then why on earth wasn't he working out? And if he wasn't working out, then what the hell was he doing all year?

Consider that Snider reportedly worked hard on agility and strength training during that month-or-so that he wasn't allowed to swing a bat, and by all accounts he's visibly in better shape as a result. It all makes me respect Snider a lot more, and Litsch a lot less.

I can't wait to see Travis Snider. I want him to come back and hit the snot out of the ball for the rest of the season, and never stop.

I want Snidey to come back and fuck the snot out of me. What a gorgeous hunk of Prime A American man meat.

Gay Jays Fan, what if Snider is a power bottom and not a top? Whatever you two do, no reach arounds or hand jobs. We gotta keep his wrist in good shape.

I agree with all the Litsch criticism. I don't like what it says about your dedication to your craft if you're a fat turd. Some players take the "I'm a baseball player not an athlete" attitude a little too far. I can't help but think that fat sack who plays third base for the Giants wouldn't be a somewhat better player if he dropped 40 lbs. Same goes for Litsch.

Really, just look at Delmon Young -- there are obvious benefits to being in good shape, especially when it is your job to play sports. Like, seriously, it's mind-boggling that this is even an issue. If I can find time to hit the gym around my office job and all the other completely non-sports-related activities in my life, why can't Litsch do the same? IT IS HIS JOB TO PLAY SPORTS. Holy cow.

You dudes should look up a picture of Rick Reuschel, he wasn't called Big Daddy for nothing.

I'm no Al Widmar or Frank Jobe, but I have a feeling that he's still in surgery rebound mode and is going to suck a lot this year, no matter how fit he could be. If I was another club I would be trying to trade for Uncle Jesse when he's pitching like this.

Remember, a lot of ballplayers up until recently smoked a lot, like Duane Ward. I'm sure Bob Elliott could tell some stories...

Why are so many baseball players fat?

I really like your blog and i really appreciate the excellent quality content you are posting here for free for your online readers. thanks peace claudia.