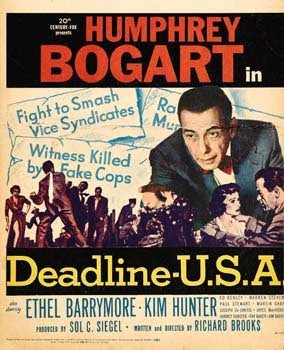 Is it just us, or has the trade deadline speculation just blown right the fuck up in the past 24 hours.

There we were, feeling all nice and cozy after Alex "Not Beeston's Intern!" Anthopoulos pulled off the commendable swap with the Braves to bring in Yunel Escobar at a bargain basement price. It was like the time that we found a copy of Shattered Glass for $1 at a bargain store. (A loonie? To watch Peter Saarsgard seethe for two hours in a way that no American actor has seethed in two generations? Fuck yes! Please!)

Sorry, lost the train of thought for a second.

The Jays could very well pack up their bags and figure that they've added what could be a very nice, cheap and controllable piece that should be here when they evolve into a dependable 90+ win team. A nice year's work, and we can all be happy.

But at the same time, we feel like Alex is playing with the house's money: He brought in John Buck and Alex Gonzalez as essentially disposable assets. If either of them had flopped, the Jays could have paid them out through the year and walked away with nary another thought. But both turned out better than anyone could have expected, and both might bring back some tangible assets by the end of July.

Moreover, the moves that are being suggested for players like Scott Downs, Lyle Overbay, Jason Frasor, Kevin Gregg and John Buck don't feel like a clearing of the decks from a (excuse the Hillenbrandism) sinking ship. They feel like rational exchanges of sought after resources. This isn't a couple of teams stepping in to take your best player for some magic beans and a low-A ball LOOGY. No matter what the fuck Jon Heyman is on about.

(And speaking of Heyman: Can we just echo Stoeten's line yesterday that he's probably just making shit up, or developing really crappy sources? Because the amount of horseshit that came from his general direction last year through the Halladay mess should be enough to disabuse you of any sense that he's plugged into any real discussions that are going on.)

In pursuit of JoBau
There's seemingly been a lot of tire kicking on José Bautista, and given his stature as the Home Run King of the Major Leagues at this point, it stands to reason.

(Speaking of which: Wouldn't it be awesome if the league leader in home runs got to wear a yellow jersey like they do in the Tour de France, or a golden helmet like they do in the Finnish hockey league. Bautista in a golden helmet would make all the kids happy, and in 15 years when he came back to visit Toronto after concluding his Hall of Fame career, they could give away a JoBau Bobblehead with him wearing the Golden Batting Helmet. Cool.)

We're really of two minds on Bautista at this point. The first thought we have is that he is a very useful and productive piece, and that the Jays have him under control for one more season. And in spite of some notion floated yesterday by Buster Onley that his arbitration number will have eight digits in it, we'd figure that a 40 homer 100 RBI season will still land him less than $7 million, which still fits in the budget.

The other side is that maybe the shiny brilliance that comes along with three months at the top of the home run leaderboard is something on which you've got to capitalize as it is still burning bright, because harvesting the afterglow isn't going to bring you as much back in return.

The trade off, we suppose, is that it seems as though you might have a pretty good shot at two compensatory picks if JoBau can keep this pace up through the balance of this season and most of the next. So whatever you get for him would have to be better than that.

In his chat on MLB Trade Rumo(u)rs yesterday, Tim Dierkes figured that of the Jays' trade targets, Downs, Frasor and Gregg will go before the deadline, while Lylo will go afterwards through waivers and Bautista will stay put. We think that sounds perfectly acceptable to us.

Wait a second...
Did we just buy in to the Eternal Building Process? Damn you, Handsome Tony Viner. Did you use some Inception-style tactics to plant these seeds subconsciously? You are as sagacious and savvy as you are fragrantly pulchritudinous.
Posted by Tao of Stieb at 10:11 AM

Is it just me, or does Bogart kinda look like Pee Wee Herman in that picture?

And I love your idea for a JoBau Golden Bobblehead. Genius!

Man, when I first opened the page I thought for a split second that it was a picture of Pee Wee Herman. Glad I'm not the only one.

Also: Purcey for closer! Dude has been quietly NAILS in relief: 1.86 ERA, 1.086 WHIP, and 17 K's in 19.1 innings so far. Also available and controllable on the cheap for, like, ever, if you're the type of guy who likes stability in your bullpen.

I'm often guilty of it myself, but the bottom line is that a top prospect is worth a heck of a lot more than 2 draft picks, because presumably what makes them a top prospect is a year or two of success as they claim the ladder. If there's a top 50 guy to be had for Bautista then as much as I love him AA simply HAS to capitalize on that. The Dodgers were looking to shore up their team for a playoff run in 2008 and traded a 22 year old C destroying A+ to the tune of .323/.431/.563 through 100 games (wouldn't that be nice from D'Arnaud next year?). That trade was Casey Blake for Carlos Santana, who has the highest OPS of any C in MLB since Cleveland called him up this year. Santana wasn't on the pre-season 2008 top 100 lists but by the time of the trade was a consensus top prospect and he found himself in most Top 20s by the time the pre-2009 rankings rolled around a couple of months later. If something like that is out there for Bautista, it MUST be done.

*as they climb the ladder.

I'm really hoping to see John Buck impress in this series. Detroit is in the middle of a three-team race for the Central, and their catching tandem has the worst OPS in the MLB. John Buck is probably the best available catcher and moving him is a no-brainer considering JPA's dominance in Vegas.

Who knows, maybe he'll switch uniforms mid-series. Has that ever happened before?

Y'know, the Jays haven't had a guy hit 40 home runs since Carlos Delgado. The only other guys to do it were the U-less Tony Batista, Shawn Green, Jose Canseco, Jesse Barfield, and George Bell.

That's an odd mix of elite company and steroid-fueled mediocre baseball players, but still, it's been a while. Bautista will be in a pretty special group if he keeps his pace up this year.

Bautista actually has a shot at setting a new single-season home run record for the Jays. Wouldn't that be something.

Seems like I can't even turn around on the interwebs without running into offhand Inception references. It was pretty good, but certainly no Memento. I thought the best part of the movie was Joseph Gordon-Levitt, who is starting to remind me of a young Edward Norton.

Joseph Gordon-Levitt rocks the house, and the boulevard.

Ari: I take your point on taking a top prospect if you can get one. If someone wants to offer a player of Santana's calibre for Bautista, then I'm all for it.

Even if I would like to see JoBau wrest the single season record for homers away from Jose Canseco.

The Man with The Golden Helmet.

Just another reason why it's fun to juxtapose Jose Bautista to James Bond.

Isn't George Bell the single-season leader? According to baseball-reference.com, Canseco doesn't get official credit for the one that bounced off his head and over the wall.

Yeah, George Bell is still the leader with 47. Canseco is just behind him on the list, I think.

A ha. I guess I transposed Bell and Canseco in my mind somehow. But George remains the king.

Very much on board with the golden helmet idea. Someone having a monster game and getting to put it on mid-way through - cool.

This is a great intro to learning a bit more about xFIP, and a pretty solid read on Gavin Floyd, would he look great in a Jays uni??

can i just say i started the purcey for closer campaign before he got called up?

Re the Golden Helmet, you're a genius, Tao.