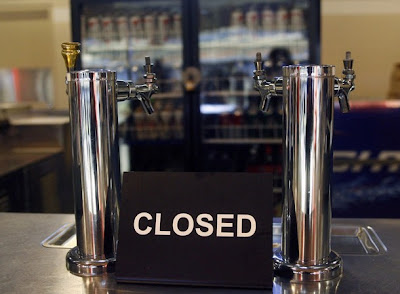 Sometimes, a great game kinda sneaks up on you. aybe it was the lack of alcohol, but we barely realized what a great game we were listening to until the eighth inning.

(Then again, we're still sweating out last night's pints. And here we thought we were being pretty moderate for the opener.)

After having the bats taken out of their hands (yet again) by Edwin Jackson, the Jays finally broke out against former Jay Brandon Lyon, and pulled out a 5-4 walkoff victory.

I love this fucking game.

Oh, and I believe in Scott Rolen.

Great start to the season!

It was a beautiful game. Would love to know what Jackson was throwing because the amount of pop-ups he was getting was unreal. But it was a great pitchers duel for the first 2/3rds - nice to see.

That was an incredible game. Too bad it wasn't televised. Oh well, it was amazing regardless.

The MLB Network guys said Jackson had a cutter. That would explain pop-ups by righties.

I live in Qatar so I can't go to games. What kind of horrendous musical choices have the players made this year? Let your international friends in on the joke, please.

Does a different Pearl Jam song play for each Overbay at bat? That was always kind of awesome.

Overbay has been rocking out to Pearl Jam's Jeremy but usually only for his second AB and the rest of the game.

Does anyone remember Hill plate music being TuPac at the beginning of last season? straight gangsta!

Thought it was sweet baseball karma last night when Hill went deep after his missed tag earlier in the game. As well the look on Cito's face when Purcey missed Barjas on the intentional walk and then proceeding to throw the ball into Center. It was great. He looked liked he was dealing with David Wells all over again. haha

Good to pull that game out last night.

Baseball statistics drive me nuts. Purcey pitches a fantastic game and gets nothing (other than an E) BJ arses the game up and picks up the W. Oh well... PLAYOFFS.

Voodoo Whammy! (it's got its own tag now - I feel like a proud parent)

great game, and if you live in Toronto region, you could watch the game on the Blue Jays preview channel, channel 399 on Rogers. Had to listen to the Detroit feed, and it was nice to hear them get upset at the loss. Or I could have listened to Jerry and Alan on the Fan590.
2-0, good pitching, bats silent till the relief pitching took over.
Detroit scored their run, unlike the Jays in the bottom of 2nd, which bothered me.
Oh well, a win is a win.

don't fight it, just embrace it.

It's only two games into the season, but yeah, the CITO Effect is in...er...full effect.

The point was made by Cito on that last TSN spring training broadcast that they have two-and-a-half hitting coaches now, as opposed to one before. There's probably something to that, where the players can't turn around in the dugout without finding someone to talk about their at bats with.

If that's what it takes to get some offense, we're all for it.

I'd say it also has something to do with the fact that when Cito or Tenace - two quality Major League players and coaches with long and successful resumes - come up to you and make suggestions, you might actually, you know, LISTEN to them, as you respect and trsut what they have to say.

When minor leaguer JP's buddy Gibbons comes up to you as a major leaguer and tries to give you words of advice....you're more likely to give him a pat on the head and say "thanks coach", and then continue to try and figure things out yourself.

and oh yeah, that other thing of actually giving BETTER advice might help things as well.

I am all for the belief that Cito's in game strategy might not be the best - but to me, that's not what managing is about.

Managing is about keeping your players Comfortable, Confident, Focussed, and Motivated. And to do that, you not only have to be insightful and knowledgeable about the game and the players, but you also have to have the trust and respect of the players.

Maybe this team isn't good enough, who knows? but at least i think that we've seen an end to the team-wide underachievment that was so common the past few years.