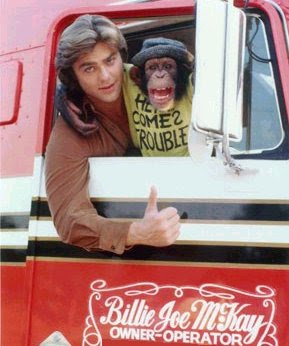 Sure, we could spend our sleepy Monday off-day quibbling about Cito's carved in stone lineups, or Alex Rios' awful start, or David Purcey's inability to find the strike zone. We can pick nits with the best of 'em, but frankly, when the Jays finish up their second week of the season with ten wins and at the top of the AL East, it seems more than a bit ungrateful to start looking for the downside of up.

We've got the Scoots Fever
Though he went hitless in the last two games, Marco Scutaro's start to the season has been nothing short of awesome. His four homers and 10 RsBI are worth celebrating, but more than that, his 12 walks and .418 OBP out of the leadoff spot have been a crucial part of the Jays' offensive success to this point.

Scutaro didn't get a whole lot of respect before the season started, with people questioning his suitability as a leadoff hitter and his defense at short. So far, Scoots has been equal to the tasks, nothwithstanding a bobbled ball here or there. Certainly, Marco's first two weeks has quieted the hue and cry for John McDonald to get starts at short down to the faintest of whispers.

Podcasted Taoisms
We were fortunate enough to be invited to share our views on the Jays' hot start with the fellas over at the Drunk Jays Fans on their weekly podcast, and appropriately enough, we were wickedly hung over when we spoke to them. If you're interested in hearing us make incomprehensible jokes about Gary Carter having an orange shadow (wha?), or if you want to listen to us contradict ourselves on Cito, Gibby, and Brian Tallet (whatchyoutalkinbout?), then tune in later today when the podcast gets posted. A good time was had by all.

(Update: Hey look! It's posted! Enjoy listening to us prattle on. We've already listened to our segment four times.)
Posted by Tao of Stieb at 9:54 AM

Also, Scoot (it seems anyways) has improved his play in the field. Yes there was a bobbled ball but he has made some great plays as well.

And he seems to mesh well with Hill, both in the field and at the top of the lineup.

Scoots is a pretty good defender. He gets to balls and has a strong arm...we've got no complaints so far.

We'll be interested to see what the metrics say about him, even if we'll need someone to translate it into something we can understand.

Tao, you better not have been slingin' any shit in the Ack's direction on that podcast.....I TOLD YOU THAT IN CONFIDENCE.

Actually, we meant to name check you in the podcast, but we were too busy making senseless jokes.

Maybe next time, if there is a next time.

Looking forward to listening to the podcast.

I've seen the numbers over at Ghostrunner and all the commentary on the subject of Cito's reluctance to change up his batting order and I have to say that I can't see it as a bad thing. Since taking over for Gibbons, whom changed his lineup more than I'd seen in a long time, Cito's Jays have been wrecking shop offensively. SO why screw with a good thing|?

When they start losing, I may change my tone, but if it isn't broken, don't fix it.

Snider deserves more respect, he has been hitting as well as anybody but he isn't getting enough at bats.

I also wouldn't be opposed to moving Rios down in the order a little bit but I don't think it's crucial.

Snider's two k's yesterday against the lefty made Cito look a little bit smart, no? Maybe a little?

Snider's going to strike out a lot against lefties and righties, so I wouldn't read too much into that.

Ack, you need to leave Tao and start your own blog. He's keeping you down!

If only the Tao didn't lock me into an iron-clad non-compete agreement.

Alas, superstardom will continue to elude me.