Draft Analysis: We want you as a new recruit 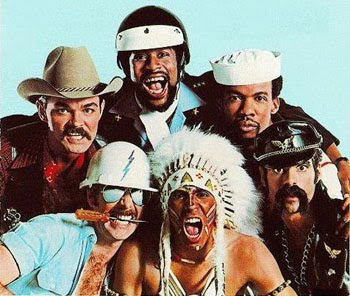 Hey man, cut us some slack here, will ya?

Sure, we could put on our most authoritative voice, and write a lengthy post on relative merits of this year's draft. We could fake it to the best of our abilities, and then point to the aspects of our guesswork that came true as proof of our insight. But given that we're still smarting from the spanking that we took from those who questioned our literary bona fides this weekend, we're going to avoid any puffery and play along like the happy fool that we are.

(And no, Meredith, we're not going to let this go. You hurt our feelings. Harrumph.)

So join us as we look at the draft, shake our head like a Magic 8 Ball, and see what floats to the top.

First Round, pick 11 - Deck McGuire, RHP, Georgia Tech: It was funny after the fact to hear Keith Law proclaim on last night's Prime Time Sports that the Jays probably wouldn't pick him, given his supposed low ceiling. Not that we're harshing on the KLaw or anything...Just that we figured that his thought process would be similar to that of just about every Jays fan that we heard from or saw on Twitter: A lower-ceiling college dude? No way! The Ghost of J.P. live on!

They say ("they" being the draftologists and experts that allegedly really know this shit) that Deck profiles as a number three starter with a shorter (two-year) trip to the Bigs. Given the guys who we have under control for the next three to four years, having a good third starter shouldn't be looked upon as a bad thing, especially when he might serve as your number five.

Plus, he's tall. And you can't teach tall.

(And as a side note: Our inner Chris Berman has gone nutty cuckoo coming up with bad nicknames for Mr. McGuire: "Upper" Deck? "Back" Deck? "Poop" Deck? "Captain's" Deck? "Flight" Deck? "Gun" Deck?)

Compensatory Round Picks - RHPs Aaron Sanchez, Noah Syndergaard, Asher Wojciechowski: Our initial thought was that Alex Anthopoulos felt that since the Jays blogosphere has managed to master the spelling of his name and that of Marc Rzepczynski, we need a new challenge. Well, we say bring it on.

Also, we shall refer to the latter two picks a Syndy and Wojo from here on out.

Someone asked us on Twitter why the Jays were going so heavy on pitching in the draft, and our response was that you need 12 arms on your roster at any given time (even if The Manager uses just nine), and it never hurts to add some additional depth to the pitching in your system. And while we might just be making this up, it seems to us that you can trade for a bat later on to fill out your lineup more easily than you can a pitcher.

The Rest of the Draft So Far: Some more pitchers, one of whom we'd guess surprises us all and becomes the real jewel of this draft. (Our guess is Sam Dyson. Just because.)

The first Canadian picked by the Jays came with the 113th pick overall, which we're certain is way too late for Bob Elliot's liking.

Nevertheless, outfielder Marcus Knecht looks like at least a reasonable gamble. Also, the music in his MLB.com video is fonkalicious.

Also, the Jays have just picked Dickie Thon Jr., and for those of us who remember Dickie Thon, that's kinda awesome. Kinda makes us feel old too.
Posted by Tao of Stieb at 1:56 PM

I still wonder if all these pitcher picks indicates a plan to move some higher level prospects before the trade deadline.

James Paxton and James Eliopoulos haven't signed yet?!? Another example of kids getting bad advice after their first draft. Don't they know there is a real chance that they will get injured or the President of the team that drafts them can ruin their college career with a slip of the tongue?

I've seen it mentioned a couple of times that Beeston fucked up Paxton's NCAA legitimacy last year. I'm sorry, but wouldn't it be Paxton's fault too? Wasn't it Paxton (and his agent) who were breaking the rules? Shouldn't Scott Boras know better? Or, is this something that happens behind closed doors all the time?

I guess legitimacy should read "eligibility". Long day at work.

I may sound like a bit of a dink here, but I really don't care that they haven't been drafted yet. In fact, one might say that this bitter brew they are forced to drink right now might be a warning for future draft picks that aren't happy with the hundreds of thousands of dollars they have been offered (to play motherfucking baseball I might add) and decide they would prefer to wait for the following year's draft. Maybe if this happens a to a few more players, it will become less of a norm to sign over slot.

I am going to go with the athlete since the this is his only shot.

My fandom doesn't really extend to the draft though. The development time is too long for most of these guys. In that one way, the NBA draft is the most fun to follow. The early picks are usually in the lineup the following year.

James Eliopolous does remain undrafted. Jake Eliopoulos on the other hand finally went to the Dodgers in the 15th. The big negative on James is his lack of existence.

You say that as though I care about which Eliopoulos it was.

And at least I got the last name right.

Psh, it's way easier than this year's names. Robbie Alomar WISHES Eliopoulos was the toughest name he had to get right last night.

I'm with Priest, the baseball draft is so miss and hit that it really turns into a BFD affair. Wake me up when one of these 2010 kids is shredding the PCL.

Please tell me that Harrumph is a Dingo reference...!