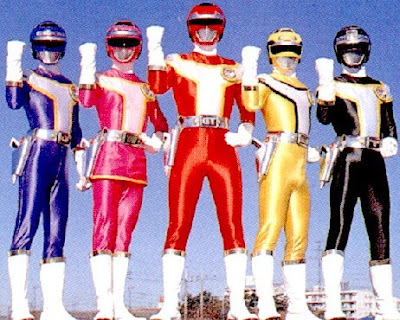 There was a time when we were all punk rock about this blog, and all about taking down the hegemony of the clichéed, tiresome sporting press. (No, really. If you look close enough, you might find that day.) So the idea that we are going to indulge in something meaningless and lame like the filler "power rankings" pieces that publications pull together to pass off zingers as analysis is kinda antithetical to what we had set out to do.

But on the other hand, we're much better with the zingers than with the analysis. As such, we've decided to pull together a weekly (or until we get tired of it) Starting Pitcher Power Rankings column, mostly so that we can let you track our mood about the Jays' emerging rotation. (Who says the post-Halladay days aren't fun!)

So, get your respective Team RickRo, Marcum or Cecil homemade t-shirts on, and get ready for the introductory rotation roundup.

1. Ricky Romero (Last Week: 2...in my head, which is where this all comes from anyhow.)
Like we said on Twitter after last night's tough loss to the Cardinals: You know that RR Cool Jay is the ace of the staff because he's been losing or getting no-decisions in well-pitched games in the painful fashion that seemed to be inflicted on Roy Halladay endlessly over the past decade.

2. Shaun Marcum (Last Week: 3)
Marcum moves up, in spite of less then exemplary results this week. He put up decent Game Scores of 57 in a win at San Diego, and 56 in a five-inning outing against the Giants, but not enough to get back to the summit.

3. Brett Cecil (Last Week: 1)
If Brett Cecil were a 20 pack of Chicken McNuggets, we would eat him up in all at once, and not even share. But just as we were stitching the letters on our Team Brett t-shirt, he got knocked around by the Padres and Cards, pushing his ERA to 4.06.

4. Brandon Morrow (Last Week: 4)
There's this suspicion that we have that one day, Brandon is going to have a full month's worth of those starts that make us swoon. He's a number four who we could see leap-frogging to the top of the heap in one stupendous week.

5. Jesse Litsch (Last Week: Unranked)
Because of our commitment following last weekend's outstanding start against the Giants, we cannot comment negatively on any other aspects of Jesse's year so far. Suffice to say, Jesse Litsch is awesomely awesome in every way.

6. Kyle Drabek (Last Week: 9)
PCL pitchers have been awful, while Drabek has been a little better than okay in the Eastern League. We're wondering if the Jays shouldn't just leave him there and forgo any Sin City escapades.

7. Marc Rzepczynski (Last Week: 7)
Probably keeps a spot in the rankings based on reputation, in spite of his 7.01 ERA. However, a good outing against Sacratomato this week (7.2 IPs, 9Ks, 0 ERs) keeps him in the mix.

8. Brad Mills (Last Week: 6)
Mills has scuffling for most of the past month. Hasn't pitched since June 11.

That's the countdown kids. Feel free to let us have it in the comments or on the Twitter. And remember: Keep your feet on the ground, and keep reaching for the stars!

Yo Tao: either you've been taking to heart my musings over the past few weeks (Camp for closer, Morrow mancrush), or you haven't been reading them at all (why should you differ from the readership - self-heyo!).

Camp and Morrow are the two pitching torches I've been carrying around lately. Camp and his non-filthy stuff that nobody can seem to square up on these days, and Morrow depsite his scary similarities in all manners pitching to AJ Burnett. Minus the douchebaggery off the mound, of course.

Can a guy be a leader of the staff without being the ace? Because I really feel like Marcum is That Guy.

It definitely seems like Marcum is the clear leader of the staff, but even he's conceded that he's not the best pitcher, which speaks volumes about his leadership abilities, I think.

I can totally see that Marcum can be the leader and not the ace. Like the '86 Astros: Mike Scott was the ace, but Nolan Ryan was the leader.

What a left side of the infield, Billy Doran and Glenn Davis. Remember how he was going to mash at Camden Yards.

On a rainy day how about a Top 5 or ten Middle Relivers in Jays history? I'll nominate Frank Wills in there somewhere. He had one pitch, but Bill James called it the best pitch in the league.

Jon Heyman is full of shit.

After last night's performance against the Cardinals, and despite the immense man-love I have for Shaun Marcum, I've switched allegiances to Team Romero.

Romero is going to win a Cy Young award in the next 3 years. I truly believe that. Love RickRo.

(and, funny enough - hated Frank Wills. Irrationally. Just loathed the guy. Like, screamed at the TV when Don Chevrier would announce his entrance from the bullpen.)

I like this idea and I hope you continue it longer than you did Friday Rock Out.

Dude: There was a Friday Rock Out last week. Just to please you.

Last Friday's Rock Out was for Jonah, not Priesty. #NeverSatisfied

Worst for me to hear coming into the game was Ron Musselman. Now there's a man who could help the opposition clear the bases.

From the solid source of Wikipedia, the Benjamin Moore update on him is that Musselman Landscaping just went bust and he's now a realtor. Good luck with that one Ron. I wonder how Jeff Mussleman is doing with his Ivy League degree?

And by Astros Left side of the infield, I was obviously thinking of looking at it from Glenn Wilson and Jose Cruz Sr.'s persceptive in the outfield of course.

Ah, sorry. There were two this month already, so my belly-ache'n is misplaced.

Can this be the next one? It's on the MLB 2K10 soundtrack http://www.youtube.com/watch?v=NhhzV5Xv9Tw

Yes, MLB 2K10 is vastly inferior to The Show, so if you are buying a console for a baseball game, get a PS3. I say this as an Xbox 360 owner who is just a little bit disappointed he can't get The Show.

And there goes Brandon Morrow, absolutely nailing it again. He's pitched four games in June and has the following line this month:

Could not agree more about the crappiness of MLB 2K10, wish so badly The Show was out for 360 also. If I wanted defenders moving in stright lines and right angles, I'd play Table hockey dammit!

I think Morrow has a good chance of moving up the rankings next week!