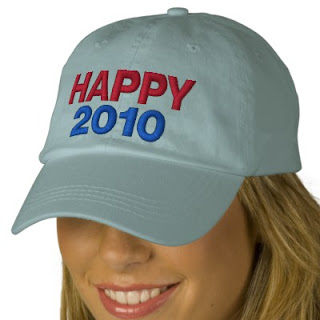 Be forewarned: I'm about to be an insolent little prick and rankle the feathers of the truest of optimists among us here in Blue Jay land. Ready?

The Blue Jays will likely miss the playoffs again this season. That's not to say they will definitely miss the playoffs. It certainly does not say that I hope for anything less than post-season baseball for the team. What it does say is that the Yankees, (Devil) Rays, and Red Sox are very good baseball teams. I don't see any of them faltering dramatically. I also don't see Exec of the Year Alex Anthopoulos (where's the Jack Z love now, huh? HUH?!) mortgaging the future - his vision of the future - to take a run in an insanely talented and crowded AL East this season.

Donnie Downer or what, right? I know. I'm sorry. What can I tell you? That's how I see the season shaping up. But let me tell you something else:

I'm enjoying this season - this Roy fucking Halladay-less season, no less - more than any season in a number of years. This is a team with a strong core - built on pitching - that seems poised to settle into definite contender status in the immediate and foreseeable future. This is a team that will run out a 5-man rotation built among the best of Marcum, Romero, Cecil , Morrow, Drabek, Jenkins, Rzepczynski, Stewart, and McGuire (if the dude wises up and signs - more later).

I'm not particularly sold on the bats as currently comprised, but there's definite hope with Lind and Hill (there both better than this, c'mon), Snider (hurry back!), a resurgent Vernon Wells, and a crop of youngsters (Wallace, Arencibia, Emaus, etc) from the freshly stocked farm on the way.

Brandon Morrow has a chance to be really, really good
Oh boy. I can't say for certain which attribute impresses me more: his ability to clock an easy 96 (I refuse to say "cheese") on the gun, or his ability to dial it back and reign it in when his mechanics fall out of line and he has trouble spotting the zone. He's AJ Burnett without being a headcase. That's a good thing, friends. He's also developing that fantastic character trait which seems to be prevalent amongst the Jays young arms - battling it out when taking the mound without their best stuff.

I'm not saying Morrow should necessarily be mentioned in the hot-topic "who is/will be the ace?" conversation....but don't sleep on this arm.

Aaron Hill and Adam Lind are better than this
Let's not sugarcoat this. To date, the pair that last season carried the club on their backs have been.....bad. Mendoza-line bad. Regardless of their second halves, the year end lines will not be pretty. It's hard to finish with respectable stats when you approach the all-star break scraping .200.

But both are too talented and too devoted to the craft to continue the shittacular output for a full season. I'm optimistic. Why wouldn't I be?

More minor league shenanigans - welcome back Auburn Doubledays
Apart from the coolest name in the minor leagues (debate for another team), the Jays short season A-ball team begins play this weekend, with another crop of prospects to (stress over) follow.

I would tell you that roster notables include SS Gustavo Pierre, C Carlos Perez, OF Marcus Knecht, and P Asher Wojciechowski, Drew Hutchison, and Daniel Webb....but what do I know. Very little, that's what.

Feel-good stories make you feel good
What can I say? I'm a sucker for them. Here's the draft-day memory of an undersized right hander drafted in the 42nd (!) round by the Jays. A book-end for Timmy Collins? I'm down.

Catcher backlog?
The Jays have one of the season's top offensive catchers on the major league roster. They also have 5 or 6 legitimate catching prospects lining up nicely in the queue....with Arencibia knocking on the door from AAA after surpassing Brett Wallace as that team's top offensive force. I'm not saying the Jays will be out of contention by the trade deadline....but if they are?

Deck McGuire aint mad at us
Seems early reports (cough GRIFF cough) of ol' Deck's sour attitude on being drafted by the Jays were a tad premature. Still, it looks like a drawn-out negotiation that will come down to the August signing deadline. Which sucks, because apart from a lost year of development within the Jays system, we'll likely be robbed of seeing Deck McGuire, Auburn Doubleday.

And that would just about blow what's left of my mind.
Posted by The Ack at 12:49 AM

How does Griff know that McGuire didn't text the Jays back "when he found out who it was."? Unless Griff was there, that's kind of a bizarre statement to make.
Who knows, though. He wouldn't be the first pro athlete to not want to come to Toronto.

He should just sign and then tell them he wants a trade asap. He's a good piece to deal.

Remember the talk of possibly putting the Expos in the Dominican Republic (or was that Puerto Rico)? If that had happened, I wonder how many players born and raised in Midwestern states would be crying into their mommas' aprons when they got drafted by them.

Thanks Tao. It's nice to have my excitement with this team and this season - no matter how it plays out from here - confirmed by someone else.

The future is bright, and our pitching is fucking awesome.