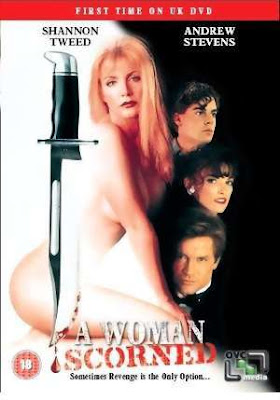 After making some vaguely ironic (i.e. not funny) comment about our excitement for today's Rule 5 Draft, J from 3:10 to Joba called us out on Twitter over the hypocrisy of it all.

Who needs a car jumper?
Joey Gathright can jump over cars. He can also post a career slugging percentage of .303. Which is 14 points lower than John McDonald's career mark.

(And no, this doesn't count as the Major League player that we wanted to see the Jays pick up at the meetings. Because we hate Joey Gathright.)

Update: Bastian tweets that the deal isn't done. So there.

The Roy Halladay Sweepstakes
From the sounds of some of the packages being floated in the media yesterday, it's on like Donkey Kong in the race to get Doc out of Toronto. And frankly, at this point, we're liking what we hear. (Optimism!!!1)

Also, Buster Onley from ESPN notes that AA is impressing his peers with the way he is going about his business in Indy. Which is good, because you'd hate to think they view him as some dilettante weird germaphobe.

Where To Find The Latest News, Analysis and Insight on the Winter Meetings
We've spent more time on the Drunk Jays Fans blog than any other Canadian site this week. Where the hell else are you going to go?

(This would be a good week for a winter DJF podcast, don't you think?)

The Manager Speaks
But we're not listening. La la la la la we can't hear you! La la la la!
Posted by Tao of Stieb at 9:33 AM

Now that the Jays have signed John MacDonald, Alex Gonzalez and Joey Gathright, it looks like all the core pieces are together to assure future success.

Nice work AA, no if you could only deal Halladay for another SS like Aybar, the world would be perfect. What's that old saying, you can never have enough shortstop?

So, our guy Bastian informs that AA has already skipped town.

Quite the productive winter meetin', huh?

It was probably optimistic to think that Doc would actually be dealt at the meetings. AA had to get a reading on the market, and the meetings were his chance. I think it's safe to say there's no way Doc's a Jay come spring training, and that's all that matters to me.

And I'm surprised the Drunks didn't get sent to Indy by The Score. That would have been nails.

Jays grabbed two guys out of the Nats system in the Rule 5 draft. That'll show 'em!

Zech Zinicola in the MLB phase, and Rueben De La Rosa in the AAA phase.

Seriously, this week has to be the biggest collective case of Jays fan blue balls (& whatever the female equivalent is) in the history of the org.

Info gathering!! YOU FUCKING KNOW IT!!!

The Ack is being an impatient, childish, irrational prick!! Definitely!!!!!

Gotta love that era on Zech Zinicola in triple A last year. How the hell do the nationals have anything worthwhile when they have complete garbage on their 40 man roster?

Joey Gathright is a good fielder is he not? (I could look this up, but I like to just ask)

At least he could help in the outfield. Give Vern a few days off etc.

Random D-bag, he's an above average fielder and he's also a fuck-awful hitter too. And if they don't get anyone else to hit lead off, and Bautista isn't brought back to platoon, Joey Gathright is your every day lead off hitter...*half-heartedly blows into party blower*

Tao, you lost me with your DJF reference. You have the best Jays site on the web. They are Wal Mart ,you are Tiffany's. Nuff Said! Even SP defected here, for Chrissakes, he prolly tired of ASS' Andrewa Stoeten Scumbag) tiresome immaturity.

@ ack, your self deprecation is amusing to say the least. Even at your most" childish" you are eons more mature than Captian Douchehat or Princess Assbag AKA Andrewa Stoeten.

Bruno, I sense much anger in you. And when I think of The Tao of Stieb, I do oddly think of Tiffany's. And, from today, Shannon Tweed. Awesome.

I think that ultimately, my goal has always been to get this blog to the point where I can make a Shannon Tweed reference, and people will call it awesome.

I might just call it a career after today.

@Bruno - Say what you will, I still enjoy the Drunks. I don't agree with everything they write, but still enjoy reading them every day.

(Even if they did take pot shots at me on their podcast because I bailed on them after they made me wait around for two hours for them to call me on the night of the Mad Men finale.)

Defected? DJF is the Communist Cuba of Jays blogs now?

I've always been here. I came for Jays perspective, but I stayed for Handsome Tony.

Drunk Jays Fans started this gangster shit, and this the mother fucking thanks they get?

I wrote this over at GoF, but Parkes was right about Cito. All along. Now we've joined him in the mutiny. Parkes is a fucking genius.

And fire up the hot stove:

The Phillies are said to be including pitcher J.A. Happ, and either outfield prospect Domonic Brown or Michael Taylor in their offer.

In a separate report, the New York Daily News says that there is a chance that left-handed pitcher Cole Hamels could be the pitcher included in a Halladay deal.

The report also suggest that if the Jays and Angels make a deal, that the Jays would likely try to flip Joe Saunders to another club to help fill other needs.

Hamels really fell off recently, but I'd still want him in the deal over Happ. I'd take either of Brown or Taylor and I'd want them to add in catching prospect Travis D'Arnaud. I've said I don't want the Jays to target a catcher in the Doc trade just for the sake of filling a need, but this works out because D'Arnaud is one of the top catching prospects and they're not giving us both Brown and Taylor or Drabek.

Look, fact-finding is necessary and extremely important. My genius is in my grand-strategic scheming, not in knee-jerk, reactionary business deals.

I am at my best over expensive alcohols and silver platters of high-grade Peruvian marching powder, atop skycrapers overlooking my Rogers Center. Not in second-rate hotel suites in Middle America. Think Manhattan. Think, Hong Kong. Think... Paris.

I have the Angels and the Phillies right where I want them. It has been my stratagem all along to develop the market as it has, and the gambit shall be revealed in due time. Do not assume for one second that I ever considered trading Doc to NYY or BOS (or TBR for that matter).

My first priority is to seduce the Phillies into a one-sided deal, that includes their top prospects, and a long-term extension that keeps that Doc monster out of my way and far from my dreams at night. My underhanded and deceitful tactics will allow for this objective to be secured. I am that handsome.

Can you afford not to trust such a stylish and stately individual like me? Can you afford to continue this unhealthy practice of over-analysis and pessimistic outlook for the future? No, no you can't. Just trust me with all things Blue Jay, and enjoy the results of my sexy plan.

I'm all for flipping joe saunders. I don't want him anywhere near Rogers Centre.

Handsome Tony, I don't like you. You won't like me when I'm angry. at least Gay Jays Fan had a camp value that was over the top BUT the pseudo Vinerman? You make JB on DJF sound intelligent.;)BTW, your plan is absolutely sexless don't try to imbue any , quite while you are ahead.

@ SP. NO DJF is more like North Korea,man. Parkes is OK and so is Bergkamp BUT this is the Jays blog par excellence now!

@ Eye. Eye you have the second best Jays blog. You have a great site and engage all the posters in an intelligent back and forth. I think the drunkards could learn a lesson or two from you..... also, eye even though we disagree , you are most probably the most passionate Jays fan out there. You are my polar opposite BUT I like the fact that you exist to balance the Dark Side of the force!

The whole flipping saunders bit...strange. Can AA just trade Doc for prospects and that's that? The Angels have a really good system, all this Joe saunders talk is silly. Maybe Rube maro will wise up and cough up DRabek and CO for Doc. They need Doc to push them over the edge. The Yankee$ would have lost that World Series if both Lee and Doc were in their fold.

The season has been saved.

Translation: Cito Gaston has defected to Communist China! and he is taking Vernon Wells with him. There will be a National holiday in Canada tomorrow as a result.Translation courtey of Won Dum Fuck, former fluffer for JP Ricciardi!

"And I'm surprised the Drunks didn't get sent to Indy by The Score. That would have been nails."

Yeah, that would add to the "quality" programming there. Who wants to listen to those three fucks?

This will not have effect in reality, that is what I believe.