So dizzy - Making sense of a whole new game 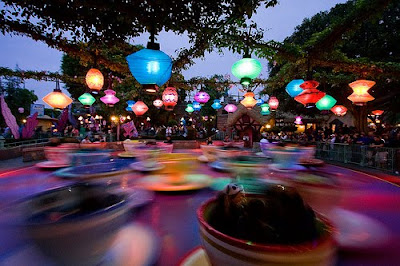 Our head is spinning like it hasn't since that unfortunate incident with the teacups ride back when we were nine.

(And to the lady standing beside the ride who became the victim of our overexuberance, we want to let you know that all these decades later, we still feel bad.)

Overextended analogies aside: Alex Anthopoulos is playing his game at a higher level than we comprehend at the moment. His modus operandi does not seem to orient around "see player, get player" or "get budget, spend budget" in the same way as his predecessor or his contemporaries. Anthopoulos truly seems to be balancing out undervalued player assets versus contracts, potential arbitration outcomes, and future compensatory picks. It's a longer game with many more moving parts than we're used to, and it makes us a bit uncomfortable to try to assess what he's done.

To wit: We actually would prefer Mike Napoli over Frank Francisco next year. And that's mostly to do with a salary/contract agnostic point of view, where we just think in terms of a playground pick and figure: "We'll take Napoli."

Moreover, given what Napoli could contribute to the team's offense, his contract status over the next couple of years and the abundance of right-handed arms in the Jays pen, it only makes sense to us that you'd rather go into the season with him over Frankie.

But given how astute some of Anthopoulos' deals over the past year have been, and how much foresight seems to have gone into the acquisitions of Alex Gonzalez (and then Yunel Escobar), John Buck (and the pick he'll bring back) and others, we're finding it harder to pass judgment on them. And with this Frankie Francisco deal, we know that there's an aspect that we just haven't thought through yet that makes it make sense.

For someone who is opinionated and more than willing to broadcast his opinion on just about any baseball topic, it's a maddening state of affairs.
Posted by Tao of Stieb at 11:05 AM

Totally agreed. It has come to the point where I trust AA so implicitly that my first reaction is that it must be a good move, and then I work backwards from there. He has earned himself an awful lot of latitude.

I just wonder if Napoli approached AA and asked to not come to Toronto. And AA did his best to get something that he wanted in return. I don`t think anyone has brought that up yet.

Yeah...For me, I wouldn't want to say that I trust him implicitly, but I don't trust myself to be nearly as smart as he is.

I think in his first few months, I had this condescending thing where I took him to be an eager, Reach for the Top contestant keener who was likable and would carry the company line.

The benefit of the doubt is certainly AA's. He's earned it. Is it possible the Jays have acquired a true closer, one who'll be around for a few years? The way Anthopoulos is talking, he'd had his eyes on Francisco for a while. And AA gets what he wants.

Boom, you nailed it, that's it exactly.

It's frustrating (and maybe a little bit embarrassing) to almost be forced into just trusting the process and run the risk of being labeled a blind AA fanboy.

But here's the thing - out of his own mouth, he's not just thinking one or two steps ahead, he's thinking five or six. So how do you assess one move on a stand-alone basis given the longview justification presented?

That's exactly it. I know that I don't even know some of the factor that he's weighing into his equation.

Part of the dizzyness is not knowing the endgame yet. It's like you are watching two guys play chess in the park. One guy is making a flurry of moves, but until he says, "Checkmate!" you don't know if he is a genius. Only hindsight in about five years is going to tell us that.

Read a great analogy on an MLBTR thread (which I'm about to steal) - so if you are reading this, commenter, kudos:

AA is like that dude who started out trading a paperclip on craigslist (or whereverthefuck) and eventually ended up with a house.

At least that's what I want to believe. And will, until proven otherwise.

I'm officially a blind AA fanboy. And I'm okay with that.

I love that: "Blind Fanboys". Imma steal it from you.

No way AA didn't have that planned before he pulled the trigger on the Wells trade. So forget the Napoli didn't want to come here stuff. And they now have too many of the same righthander in the pen, so there's probably another move coming. I've started to look at what other information you get from him instead of hoping to guess (or hear through MLBTR) his next move. He was on the FAN the day before the Wells trade and said he'd just got off the phone with Aaron Hill. Looking at it in reverse, it's likely he was talking to him about Wells (as Hill is his lockermate and close friend). That tells me the two are fairly tight, and that AA is probably inclined to take all of Hill's options March 31 unless Hill gives him a reason not to. That's a guess, but I bet it happens. After the Napoli trade, he said he expects both Lind and E3 to play "every day, at DH or first." Moving Napoli this quickly also suggests they're less worried about JPA at catcher than most other people. And the fact he hasn't approached J Bau AT ALL about a contract extension (and Anthopolous is a guy who talks in his sleep) also tells you something (he does not see 54 homers and 120 RBIs being the standard for this player, so he has no intention of paying him on that basis until he has to). It's absolutely the right move to take him to arbitration, esp given Bautista seems like he's the type to take it in stride.

I just had a sudden flashback to Jan Tennant. Nice reference to Reach for the Top.

Did anyone notice that he did not include Frasor in the closer competition when he was on the Fan yesterday after acquiring Francisco. This was most definitely a pre-cursor to a Frasor trade.

Maybe someday the Jays will win a world series under Alex Ant's leadership and then Michael Lewis will write a book about it. I will buy that book as soon as it hits book stands and fap to it like a Penthouse letter.

Alright so let's try to look 5-6 moves ahead.
1. Francisco becomes the "C"loser for this team.
2. Napoli heads to Texas to DH
3. Francisco gets himself a tidy save total somewhere let's say between 38-45 earning Type A status.
4. Napoli has his usual good year at the plate and mashes lefties like a demon. He plays nearly everyday at DH and is no longer viewed as a viable catching option thus reduce=ing his value.
5. Francisco gets offered Arbitration and his options are stay on as a reasonably priced closer or test the FA market and net the team 2 picks.
6. Napoli now has an Arb number of ~6M and plenty of leverage. The Jays however have the flexibility to sign FA bat Y for the going rate of 2-5M instead.
So now were 6 moves ahead and we have 1. a viable closer or 2 high picks. 2. an overpaid DH which side do you want?
I still have no idea how to use 12 arms in the pen but since when is depth a bad thing?

I think FF is an AA pick-play.

I think Frasor will be released with six weeks severence before the Ides of March and catch on somewhere else for less than $1m.

I think our free agents will be reluctant to accept arb next year.

Anon at 3:53pm, I noticed that as well. Frasor wasn't even in the conversation when AA was talking about the closer competition. Does that mean Frasor is on the move or he's just relegated to late-inning relief?

Frasor is too tough on himself to be a closer, and the other three have all saved 25 plus games in the recent past. I wouldn't mention him in the conversation either.

Uhhh...I hope this isn't too off -topic. When the dust clears, is Rajah Davis the Jays only cf option? I'm an A's fan (from the crib- and don't be telling me there's ever been a worse trade in history than Siebern for Maris),I've seen a fair bit of Rajah and he seems a decent likeable fellow,but you can't have him out there everyday, can you?

Here's the thing on Francisco, he's very good against left handers, so he's not just another right hander..2nd, he was an grade A free agent this year-just like Fraser, so he could bring potentially two picks...But I'm with you, AA has certainly earned our trust, he is doing a phenomenal job.......For Bruce..Davis is holding CF warm until Gose is ready

Is Sizemore the kind of high ceiling reclamation project AA might go for?

Thanx gsjays...BTW, I really enjoy the blog and the forum..

Just need to clone AA for the Leafs and Raptors, and we're set...

Franky is great against lefties, and more importantly, let this situation play out in your head:

Every year, relief arms command such a high price that it makes sense to stack up on them if you plan on being mediocre. Teams always want relievers and always overpay.

The head is spinning like it hasn't since that unfortunate incident with the teacups ride back when we were nine. This makes sense of a whole new game with Overextended analogies aside.

Seems the Angels GM is claiming AA sent $5mil per year along with Wells, so they got a $17mil/yr for middle of order CF. Does this make it such a one sided trade?