The meaning in the marginalia 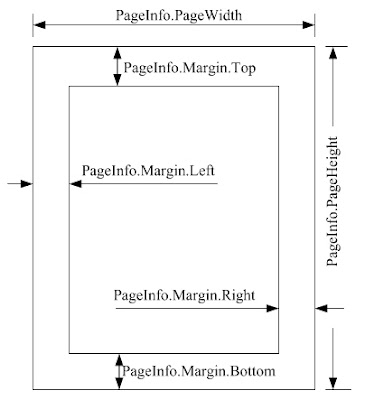 We'll confess that this past year has been a challenge for us a a blogger.

Life has become busier at home and work, and we struggle to make the time to really think through the state of affairs with the Jays. And when we do manage to find the time, we invariably find that one of the other exceptional Jays bloggers or beat writers has beaten us to the punch, so the most profound thing we muster up is an echoing of their work with an in-joke tossed in, or some indefensible position taken somewhat out of sport.

Which might be why we've been festishizing the marginal moves and minor league signings lately. These minor league signings and scrap heap pillaging are probably not that interesting, nor will they necessarily determine much about the outcome of the coming season. And the chances that they result in the acquisition of a productive part of this one-day-everything-is-gonna-sound-like-a-rhapsody playoff(!!!1) contender is minute in the extreme.

And yet: Scott Downs was one of those acquisitions. And Jose Bautista was scraped from the alleged bottom of someone else's barrel. So you can never completely write these things off.

But moreover: Few care enough about these signings to pay them much mind. Which offers us a full field of new snow to march through, leaving our own footsteps.

(This whole emphasis on the obscure for the sake of differentiating one's self is sorta the equivalent of buying that Mary Lou Lord record in 1992. Well, maybe sorta.)

Sure, he's got an ERA in the mid-fives, and as a bullpen southpaw, you'd probably want as a bare minimum to find a guy who does better against lefties than righties (which Wil can't claim). Still, there's this drive within us to try to find the positive nugget that can make us believe that somehow, a guy in his 30th year with eight Major League seasons under his belt has something within him that has yet to be mined successfully.

Seriously, this is the conversation we're having internally at 5 AM.

Maybe there's more light to be found in the signing of Chad Cordero. He was once an Expo, an All-Star, and wore the Scarlet "C" as a team's undisputed closer. (128 saves! Saves saves saves!) That was long ago, mind you: Cordero's All-Star appearance came in a year when the Jays representatives were Shea Hillenbrand and B.J. Ryan.

Still, Cordero's two-plus year hiatus due to a labrum injury didn't seem to have bit into his velocity that much. In his best days, Cordero heaved up fastballs in the 89 MPH range, where last year in his limited return with the Mariners, he was clocking in on average at about 87.9 MPH. With a full season of reasonable health, we can envision a scenario where he gets that little bit of jump back and finds the strike zone with more regularity.

Actually, we don't really see these things happening. But we still want to put our chips down on those eventualities, if only to give us a reason to keep watching the wheel turn.
Posted by Tao of Stieb at 5:24 AM

I don't think you need to worry about covering the same ground as some of your colleagues. Your spin on things is always personal and entertaining. Yeah, the players on the margin are worth talking about and still interesting. But don't limit yourself there. Reading two or three perspectives on the same conversation isn't a bad thing. You and Ack still stand out.

Most of these new bullpen guys are a pretty good sign that the Jays' front office is comfortable with some of these new-fangled stats the kids are using these days. Look at Winston Abreu, Will Ledezma, Chad Cordero - they all had pretty abysmal ERA's (either in the majors or minors last year) but fantastic K/9 and BB/9.

Over at Getting Blanked there was a post a while ago asking if you'd rather build a bullpen around guys who were inexplicably successful in the past (low ERA but high FIP), or guys who should be good but haven't for some reason (low FIP but high ERA). It seems the Jays are putting a lot of stock into that second group, which is pretty encouraging to see as a fan.

Just keep doing what you're doing, Tao. Blogging isn't about breaking the story first, it's about making the story an interesting and entertaining read. If all I wanted was breaking news, mlbtraderumors.com would be the only baseball site I'd need to bookmark.

Also, a big sarcastic thanks for reminding me that Shea Hillenbrand was a Jay for a while. How I hated that bastard.

It may not be the big move everyone's been complaining about AA shying away from, but the latest rumors have him pursuing Brian Fuentes. Personally, I don't see the point of letting Scott Downs walk only to give Fuentes a similar contract, but we'll see what happens. I'd dig it if Anthopoulos can get Fuentes at a discounted rate now that most teams have had their fill of relievers.

Yeah, we really scraped the bottom of the Pirates' barrel for a couple of those relievers: Dotel (technically that's not where he ended the season last year, but it is where he pitched the most) and Ledezma. Believe it or not some people are actually claiming this is a bad thing even in the wake of Jose Bautista's huge 2010 season. It doesn't matter where you get these bottom feeding scrap heapers. All that matters is how they do when they play for your team. Full of sound and fury signifying nothing I say.

Speaking of scraping the bottom of the Pirates' barrel, I STILL advocate strongly giving Mr. Lastings Milledge a shot. What else is 2011 for - find out what the kid is really made of, on the cheap.