What the potential MLSE purchase means for the Jays 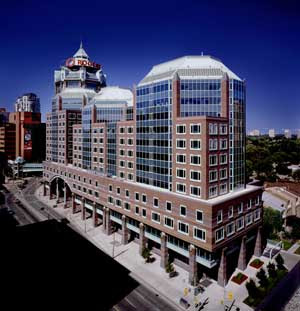 When we first heard the story that Rogers was kicking the tires on the Ontario Teachers' Pension Fund's share of Maple Leafs Sports and Entertainment, we probably had the same reaction that an only child would have if they found out their parents were going to have another kid. And adopt another kid on top of that. And bring in a foster child. And buy a dog.

What about us? Does this mean we're less special?

(And you have to appreciate our perspective, which is that we have little or nothing invested in MLSE as a sports fan, so that side of the equation really doesn't matter to us. Is this good for the Leafs/Raptors/Marlies/FC? We don't especially care. Your campaign to fire the GM and coach of all of those franchises can continue unabated.)

There will be plenty of time to hash out the implications on this deal (should it come to pass, which is no sure thing), but here are the two biggest implications that we can identify after having 24 hours to think on it.

What it means for the Jays
The main takeaway for us as a Jays fan is this: Rogers must be happy with the Jays' performance if they are willing to leap in headfirst to a bigger and broader interest in sports properties. If the Rogers board of directors or investors were unhappy with the money being sunk into the Jays or the lack of a true return on their investment, it's hard to imagine that Nadir Mohamed and his executive team would envision a solution that involves going even further into that arena.

There's been much speculation since Ted Rogers left us that the company would be tempted to divest of the baseball team. Frankly, much of the noise that we heard from the chattering classes involved a sale in the other direction, with MLSE buying out the Blue Jays and SkyDome.

And that was the best case scenario. Because the worst case was a Jeffrey Loria carpet-bagger type buying the Jays and stripping it down before haul up stakes for Albuquerque/Portland/Las Vegas/Wherever. (Not that we thought that was likely, but when the seats are increasingly empty at Rogers Centre, you start to hear the beginnings of a defeatist narrative from some of those same members of the chattering class.)

All that we've heard publicly (and privately) would seem to indicate that Rogers is happy with the Jays, and is interested in continuing to enhance every aspect of the product. A competitive and compelling team on the field has already shown to be a winning TV property (even if the turnstiles aren't churning), and can help to provide exclusive content across all of Rogers' platforms.

The Jays matter to Rogers. If they didn't, the company wouldn't be looking to find more siblings with whom they could share all of their sports business love.

What it could mean for Rogers
A man don't walk on the lot unless he wants to buy, so we're assuming that there was more than casual tire-kicking happening here. (And Richard Peddie's impending retirement may speak to the fact that there are changes in the offing.)

Even still, a billion-and-a-half dollar (and then some) purchase is no small deal. So what's in this for Rogers?

The deal would give Rogers control over three of the ten most valuable sports properties in Canada, with an ability to leverage from them an incredible amount of exclusive content (both the games and everything around them). It would also give them a significant leg up on Bell/CTV/TSN and Shaw/CanWest in terms of controlling the output from these essential sports properties. And as an added bonus, there's very little here that would require any regulatory oversight, a sweet blessing in this particular sector.

(On second thought: There is the matter of Leafs TV, Raptors NBA TV and Gol TV which would require a certain degree of CRTC scrutiny. However, we don't think that the Commission would object that greatly to the acquisition of those channels, and if they did, we would imagine that Rogers wouldn't be overly upset at the notion of either divesting of a majority piece of them, or shutting them down. This deal is far bigger than a couple of marginal spots on the dial.)

This deal would in no way be the end of TSN. We're not even sure that it will knock the perennial sports leader off its perch. But in an era where these channels are going to have to increasingly negotiate their carriage fees with other distributors (who just happen to own their programming competitors, just so you see the adder chomping away at its tail) , Rogers' acquisition of significant chunks of Canada's can't-miss live sports content would make a deal like this make sense.
Posted by Tao of Stieb at 10:26 AM

Email ThisBlogThis!Share to TwitterShare to FacebookShare to Pinterest
Labels: Rogers, This is a big fucking deal

Parkes brought up a concern yesterday on his blog around Rogers doing such a shitty job at promoting Jays now when it's the only source of content that they own. What happens when they own more?

Yeah, I don't really know what I think, but I'm certainly not confident that it'll be a good thing for the Blue Jays.

As above anonymous says, the Jays already get the raw end of the stick when it comes to promotion and coverage, and that's as Rogers' sole sports content producer. What happens when it grows to include several others?

I'm worried that Rogers strategy is more along the lines of: "Look what baseball is doing for us. Imagine if we had hockey."

Good point Anon, but on the other hand, maybe the opportunity to cross-promote the Jays to Leafs fans could actually end up increasing interest in the team. I read an article a while back about AA and Brian Burke's professional relationship and they both pointed out that there really shouldn't be a gap between Toronto baseball fans vs. Toronto hockey fans... could a common ownership group (and by extension, integration of the different sports teams' brands on some level) help convert at least some members of each group into Toronto sports fans instead?

If the sale happens, it'll be interesting to see how they choose to handle that kind of thing.

I disagree with Parkes on how Rogers has done in promoting the Jays. I don't think it's great, but I'm not as down on it as he is.

(Also, I think that Parkes is secretly one of these Christie Pits-loving closet Bob Elliot types who wants to go back to the days where there was no advertising on baseball fields, and it was all purity of essence and all that shit...)

I wouldn't necessarily think it is a bad thing if you have a central team of the best sports marketers who is charged with selling Leafs/Jays/Raps/FC to consumers and to the business community for sponsorships.

And I'm sure that Rogers could bundle that shit up, right?

As ridiculous as it sounds, I actually think Rogers-style bundles could really help. "Buy two Leafs tickets and get a Jays ticket for half price" -- why not, right?

Wow I never realized how incredibly ugly the Rogers building truly is until I saw this photo.

Who or what could have designed that?

Fuck off Parkes, stay at your own shitty blogs, you motherfuck!!

3 of the top 10? I can see the Canadiens being right up there, but are the Flames and Oilers really more valuable than the Jays/Raptors?

Its not going to happen as long as Tannenbaum is in the picture, he doesn't want to work with Rogers and he has a right of first refusal on the shares.

In speaking with a former Rogers/Jays executive (should be easy to guess who...)recently, he actually thinks Rogers wants out of sports teams entirely, as long as they can get a long-term contract for content locked up as part of the sale.

I kind of disagree with him, I think the Canadian media world changed when Shaw and Bell made their content purchases, but he's in a much better position to know than I am.

And the Rog-Mahal is even uglier form the inside...

It can't have effect in fact, that is exactly what I suppose.

I have just installed iStripper, so I can have the sexiest virtual strippers on my desktop.