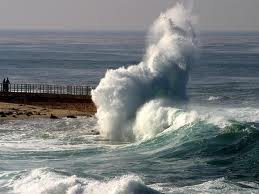 I usually try to avoid quick-reaction posts when one of the AL East SuperPowers parlays their financial (and organizational) means into transactions designed around crushing the spirit of their "rivals" & those who live and die by them.

But there's just something about the Gonzalez acquisition - and subsequent Blue Jay-Greinke rumblings - that got me to thinkin'.

Should the Jays counter with an organization-changing move of their own? Let's focus on Greinke...

By all accounts, Toronto seems a perfect trade partner for Kansas City. The Royals have an Ace for sale - one who is adverse to the daily grind of the "big" markets - and are looking for a prospect package headlined by front-line pitching in return.

The Jays match up, both in terms of destination and potential return, almost perfectly.

So what's the catch?

Well, from the perspective of this (amateur) "blogger" (I use the quotes because I'm uncomfortable with the label), the rumored ask is exceedingly high. Potential future ace Kyle Drabek, plus stud-in-training Travis Snider, plus prospects? Whoah. Big, big ask.

I realize the personal hypocrisy of it all. For those of you diehards following along on Twitter, I openly admit that dealing a pair of 'potential' all-stars for a bonafide all-star is a no-brainer (financial considerations ignored). But does that really apply to players as close to "making it" as Drabek & Snider? These are players, widely heralded as "can't miss" by scouts who've seen success at the major league level. The probability of success is much increased, I'd think. Do you take that risk if you're Alex Anthopoulos? Should the Red Sox (&Yankees) moves provoke the response?

No doubt, Anthopoulos dictates his franchise building strategy along a timeline. It can't help but be affected by moves of their rivals. Even ignoring such....how often does the opportunity to acquire Grienke come along? Every three seasons? Five? Does such an event, coupled with the rich continuing to get richer, necessitate a response?

Here's what I think. I think that if Anthopulos was intent on acquiring Greinke, the price doesn't change. I think future 1/2 starter Drabek + potential middle of the order bat Snider + prospects (d'Arnaud? Perez? Marisnick? Gose? Hech?) is too steep of a price to pay.

But my opinion doesn't matter. Good thing, because it's largely emotional and uninformed. If the front office determines it needs Greinke, it will have Greinke.

Now, I would have given up Snider and Drabek for Gonzalez (+ extension) in a heartbeat. But that's just me.

I agree with bigj. Let the Blue Jays develop their talent and see if they can sneak over the whales in a year or two.

No way would I do this. Greinke's pretty good & 'aces' aren't always available - but the only way I'd trade the likes of Snider & Drabek is to acquire an everyday player (Upton & Rasmus types). I think the Jays are much more in need of improvement there. Pitching strikes me as far less of a concern right now.

come on. this is dayton moore we're talking about here. greinke can be had for less than drabek + snider. mark my words.

I don't think there's anyway the Royals get a package with both Drabek AND Snider (or a similar combo from another team).

It's always said that fans overvalue their own prospects, but they also seem to overvalue how much they're going to have to give up in a trade.

Look at the Halladay trade. The Jays traded The Best Pitcher In Baseball and didn't even get the Phillies top prospect. I know the situation is a little different (age, contract, stuff like that), but I can't see the Jays (or any team) giving up a top prospect like Drabek AND someone who would be a top prospect if he were still considered one (he probably isn't) in Snider.

The Braves didn't give up anything special for Uggla, if you want a more recent example. You saw talk about what the Jays would have to give up to get him and most of the talk surrounded JPA and another mid-level prospect and the Marlins gave him away for nothing really close to that.

I think a Jays package for Greinke would probably centre around Drabek (or Stewart, or someone else the Royals like more), but I can't see anyone giving up all of their top prospects to get him.

It's not like you are trading for Halladay where he has the track record. Greinke did have a relatively down year last year and some of his pitches aren't the same as his breakout year. That and he'd have to face the AL East teams instead.
He'd have to come relatively discounted.

I took a closer look at Greinke's stats (specifically luck-based stats) because, frankly, very little of this discussion has focused on how good the guy actually is. It seems enough to most people to call him an "ace" - which I agree he is, but there are varying degrees of aceness.

Anyway, Greinke has been almost unbelievably consistent in the BABIP department - .318, .316, .318, .313, .314 the last 5 years. Nothing really stands out as far as HR/FB goes. Zack was, however, somewhat unlucky in terms of holding runners last year - he held about 65% compared to over 75% the three previous years.

So his "down" year in 2009 wasn't as bad as the ERA would indicate, but there's another big difference: his K rate dropped by over 2/9 innings. He didn't lose velocity on any of his pitches, so I really have no idea what's going on there.

Steep price but I can see this happening.

With Greinke AA can check "Starting Pitching" off his to-do list for years.

I really hope the Marcum trade isn't to make room for Greinke in the rotation.

Personally, I don't think Greinke is a big upgrade over Marcum, especially when you consider Marcum's leadership qualities with the young pitching staff, something Greinke certainly would lack. Consider that it's still going to cost the Jays a package along the lines of Drabek, Snider and a couple of other prospects, and I don't like the idea at all.

If trading Marcum to Milwaukee is just another case of Anthopoulos acquiring an elite young talent, then so be it. I really hope that's all it is.

Andrew, in what world is Greinke not an upgrade on Marcum? He's an upgrade on just about anybody, and isn't throwing (changeups mostly) short-arm with a piece of his leg stitched into his elbow.

I didn't say he's not an upgrade, I just don't think he's a big one. I'd love for the Jays to have the 2009 version of Zack Greinke, but I feel like that's what they're paying for, and probably not what they're getting.

To me, 2009 seems like as much of an up year as 2010 was a down year for Greinke. his LOB% was 4% higher than his career mark, and his HR/FB was 4% lower. His K/9 and K/BB ratios were a lot higher than usual as well. I think in reality, Greinke's ability should put him somewhere in the middle of his 2009 and 2010 seasons, which isn't that much better than the line Marcum produced this season.

Numbers. I'd trade any of our starters for Greinke and add anyone except Snider. Pitchers are a risk, but the guy is exceptional.

You don't beat the Yankees and Red Sox with a bunch of I-Think-I-Cans.