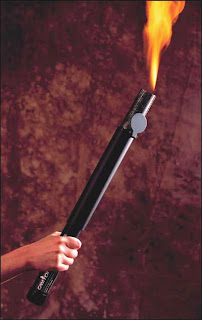 Lost in all the debate and hand wringing (present company included) over the immediate future of the Toronto Blue Jays sans Roy Halladay is one indisputable fact:

There are still some pretty good players - and people - on the roster of this ballclub that we can get behind. The Globe's Jeff Blair hammers the point home within this great read on Aaron Hill.

If it seems like I'm prepping myself for the post-Halladayan years, well, fuck off! Maybe I am! But the truth is, in anointing Halladay as the bedrock of this club - and rightly so, mind you - we've all been guilty of overlooking the contributions, both on and off the field, of the other players who contribute to all that we love about this team, and perhaps the game of baseball in general.

One could argue that Aaron Hill is the positional player equivalent of Doc. Now, nobody could sanely argue that Hill can match Doc's dominance, but otherwise, the similarities are striking. Both are homegrown talents, joining the organization as top draft picks. Both players made immediate impacts upon their arrivals to the big leagues, only to suffer setbacks that caused reflection.

In Halladay's case, it was a demotion to the low minors to start over after catastrophic failure; in Hill's, a career threatening injury that had him (and us?) questioning whether he would ever play again. Both players overcame these setbacks to establish their place as All-Stars at their respective positions.

I've saved the most obvious similarity for last:

Both are good people. Both are deserving (and gracious for, I'm sure) of our respect, admiration, and "fandom". If Roy Halladay is indeed traded, and your despair and outrage causes you to walk away from the team, just be aware of what you're leaving behind:

Some pretty good players - and people.
Posted by The Ack at 1:20 AM

Good post, Ack. Being an anonymous commentor I can't get too preachy, but I think our boy Rookie Romero will probably have to work on those two things: respect and attention to detail, before he settles down into the majors. But it is still fun watching him poin to where his tenured infielders should go, throw things, curse himself out, along with his 3rd baseline paranoia

What makes you think he needs to learn respect, or even attention to detail? Just a general feel because I doubt you have access to the clubhouse and can see how he is with his teammates.

Good point, Johnny. It's not a major thing, like that he's a jerk or something or about being a team mate. Just something that happened a couple of games ago gave me that idea. Before a big pitch, he pointed at the 2B to tell him to re-position. Rance was like, "oh" when it happened. It was actually awesome because the ball ended up getting hit to the exact spot for the double play. But I could picture the seasoned players kind of being like, "whoah, settle down big guy." Not to put the guy in a bad light or anything. Dude was hyper-focused, it was crazy

About attention to detail, just a couple of times like his last start when he's not fully on his game, you can tell that he speeds himself up too much and loses concentration. When you're relaxed and paying attention to detail, your emotions don't get unhinged like that

Since I was talking about Ricky, only fair to mention that he is defintely a classy guy and a good team mate:


"One of those first-year starters, Ricky Romero, invited Rzepczynski out to lunch after he joined the Blue Jays in St. Petersburg for his first career outing. Romero wanted to offer some advice, and the meeting meant a lot to Rzepczynski.

I think it's good that Ricky is acting like he's a rotation mainstay, as opposed to just trying to hang on. The dinner out with R-Zep was a class move. Whether or nto there's any merit to it, I'm going to chalk that up to The Halladay Effect.

re: today's lineup....please baseball gods, no more Millar. I see Dopirak has been promoted to AAA.....

Also, meant to mention within the post, but forgot (because I'm an idiot), that the same people who rip the Rios extension don't give Ricciardi any credit for locking Hill up to a club-friendly deal.

It's funny how that works, isn't it?...and will a big 2nd half for Rios all of a sudden make things OK?

Rios' is not overpaid. Check out fangraphs and you will see that he had the 6th highest WAR (wins above replacement) last year in all of MLB. There is also an article over there arguing that he is worth his contract. They point out that he is the same hitter this year as he was last year. The only difference is luck, as his BABIP is a good deal lower than his career average. People seem to forget the defensive value that Rios brings, and that he is essentially a CF playing a corner spot. The only problem is that Rios has not shown the offensive ability he had in '06-'07, and that is what people don't like about him. I'm confident he can get back to that, and if he does, and the Jays smarten up and put him in CF, we are talking about one of the best players in the game.

Romero has good enough reasons for wanting to stay in bigs

Ah that is a decent tip off I will give ya that. I never saw that and didn't hear about it before now.

Funny you should write this, Ack, as Aaron has been my other favourite player ever since he came up. Adam Lind is now my third.

Sadly, my love for Aaron and Adam would not be enough to overcome my disgust and rage should Doc be dealt.

Hill is a fucking blessing. After not having him around last year, I appreciate him all the more now.

And re: Romero, I love his 3rd baseline paranoia. Ricky's huge.