A cold beer on a hot day 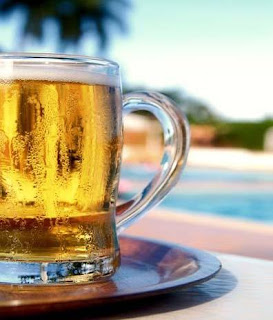 After a solid month of shittacular bed shitting, that's what seeing the July 1 lineup (1 through 5) felt like. Lind hitting third and the GBOAT in the clean-up spot? Part-time first baseman Overbay sliding all the way up to the 5-hole? Whaaa? Cito? The Cito Gaston penciled this in?

Look, I'm not quite ready to throw dirt on the barely lukewarm corpses of Vernon Wells and Alex Rios yet (but probably only because I love the god damned Blue Jays too much), but I will admit to growing, um, weary (let's say, for the sake of being polite) of Cito's strategy of letting this season's two massive underachievers work their shit out in prominent lineup slots.

For example.....if I had told you on April 1 that in three months time, Adam Lind would be hitting over .300 with 39 extra base hits and 50 ribbies, you'd say "hit that goofy bastard in the 3 spot!". And if I had also mentioned that Scott Rolen would be raking to the tune of a .330 average and on pace for 40+ doubles, you'd say "well, obviously, because he is awesome.....but let's get him as many AB's as possible." Am I right? I won't recount the conversations we would have had involving Vernon, because, like I said, it hurts me to do it. For another time.

Today's lineup aside, I'm not on the best of terms with The Cito at the moment
Let's just say that the decision to push Doc back to Monday didn't go over well with the Ack and his traveling party of Jays fans, in town for the weekend set against the Phillies. To hell with what's "best for the team"!

And let's just say that showing up to the ballpark on Saturday to see the names Millar (who provided some of the worst swings in modern baseball history in the series, by the way), Bautista, Chavez, and McDonald ALL in the starting lineup (special late guest appearance - Rusty Adams!) - with shaky rookie Brad Mills on the mound - amounted to a full groin kick. Hey Cito, mail it in much?

And let's just say that we may have met a few decent traveling Phillies phans (that's what they like to be called - honest) over the weekend, but for the most part, it was a tidal wave of douchebaggery that I imagine the Skydome (that's right) hasn't seen since "the Nation" last visited.

Oh wait, that last point has nothing to do with Cito. Still, it needed to be said.
Posted by The Ack at 6:38 AM

Email ThisBlogThis!Share to TwitterShare to FacebookShare to Pinterest
Labels: Scott Rolen is the Greatest Blue Jay of All Time, shittacular bed shitting

Ack you douche, if you anything about this team that you follow, then you would have known for at least a week that Doc was going to be pitching on Monday.

^^ Dude, flights/hotels/etc were booked, like, months ago. And the decision to bump him back to Monday came on, I think, Wednesday or Thursday of that week.

In any even, I jest. You douche.

For once, Gay Jays Fan does not shut down the thread.

Ruiz, Dopirak, Coats, whoever. Anyone but fucking Millar.

Damn, Ack, I just missed you. I was there for Monday's game. Had a great time despite the outcome.