Travis Snider is the future 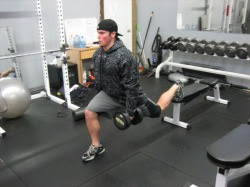 Travis Snider is a beast. And if you'd be so kind as to allow me to blatantly rip-off Jordan Bastian's (a beast himself - the best MLB beat writer going) article for a few moments here, I'm about to tell you why.

It wasn't too long ago (like, this week) that yours truly was open to thinking about the possibility that Snider miiiight be best served learning more ropes in AAA Vegas. I no longer subscribe to the group that discusses that theory. You see, what was holding me back (earlier) was Snider's reaction to being sent down in '09. Refused to take instruction. Wouldn't address it with the media. Skulked down to Vegas. Said just enough of the right things upon his recall to make us believe he'd turned the corner.

How's that grab ya'? When I was 21, I was cruising through a degree, yet to realize that actually applying myself was the key to a career.

"And I wasn't allowing the people around me to help, or being willing to listen and understand what people were trying to say. Not to say everything they say is right or wrong, but there's a message that's trying to be delivered to you, and if you block it out completely, you're not allowing yourself to grow as a person."

"Why would you give somebody a spot guaranteed after last year's performance?" Snider said. "I'm a pretty realistic person when it comes to self-evaluation. That is the situation, and I'm excited to have the opportunity to compete for a spot."

You see, that's it right there. Some of us, this offseason, have questioned aloud Alex Anthopoulos' challenge to Snider - that he has to earn a spot in the lineup, as an everyday contributor, or risk being sent to Vegas. Snider isn't questioning anything. He's accepted the challenge, and he is going to fucking rake.

"Murph has watched me swing now for four years," Snider said. "He has a pretty good feel for what I'm trying to accomplish every time I go into the cage and what he feels it should look like. We communicate well, and I think as a person, there's not too many people like Murph in the game. He's really easygoing about things.

Don't underestimate this. Young Travis now has a champion in his corner - someone he can relate to, someone who knows him. Someone who can push Snider from "prospect" to "cornerstone".

(And if you think the above was filled with hyperbole - you're goddamned right it was. It's cold outside. Spring training is a few weeks away. Everyone/everything is pointing to a 4th/5th place AL East finish. I need something. Who better than the org's top young player? Building.)
Posted by The Ack at 1:51 AM

I agree. Something tells me this is more than just a 22-year-old who can say the right things. He could swing a hell of bat one day and may have the head on his shoulders to make it happen.

The best players (in any sport) have Snider's attitude. Because I don't know the intimate details of Pujols's life, can I say that he sounds like (current) Kobe Bryant? To be a good athlete, and to remain a good athlete, you have to constantly adapt yourself.

Whenever I need hope for the Jay future, I think of the blast Travis hit in the Metrodome early in 2009. It's actually the reason the Twins will be moving to Target Field. The blast actually damaged the structural integrity of the building.

sorry to piss in your cereal but Cito is still the manager and Snider is still going to sit against lefties and bat 7th. that being said, AA has claimed that Snider won;t be with the big club if he's not going to play everyday. Something has to give.

should make for some interesting discussion, assuming anyone in the media actually bothers to ask Cito or AA about it.

Mike, you make a great point... I have yet to hear about anyone (in the media) questioning the discrepancies between what AA and the Cito have to say. I hope it's because everyone has realized that, at this point, Cito is just a confused old man, and would likely have locked his keys in his car by now, if he hadn't already left them at the Country Kitchen Buffet.

With Cito apparently planning on using Bautista every day in RF, I'd imagine that he'll have no option but to play Snider in left against everybody. I can't imagine even The Manager thinking it'd be a good idea to platoon Snider with Joey Gathright or something.

I think AA's plan is to take Cito to a whole bunch of those Florida condo showings while they're down at Spring Training. Ideally, after they cash in all their free tickets to Universal Studios and Disney World, Cito will decide to forgo his managerial duties in favour of a life of luxury in Del Boca Vista.

Let's see how awesome the Tao bloggers are at predictions...

"Contract notwithstanding, BJ's primed for a monster year next season. Just think about it - he's 24 for 27 (65 for 74 as a Blue Jay) in save opportunities this season in his first year after Tommy John. His velocity is almost all the way back - touching 90 on the gun - and he's finding his slider again. His control and command aren't quite there yet, but when they are (next season), look the fuck out. Fist pumps galore, my friends."

Hahaha now we know for sure that by this time next year Travis Snider will be over-the-hill and shipped out!

Wow...how could we be so wrong about everything?

Ack, it's not cold. It's been a bit of a cupcake of a winter, weather-wise.

(And thank god - after last year.)

This won't actually have success, I think so.