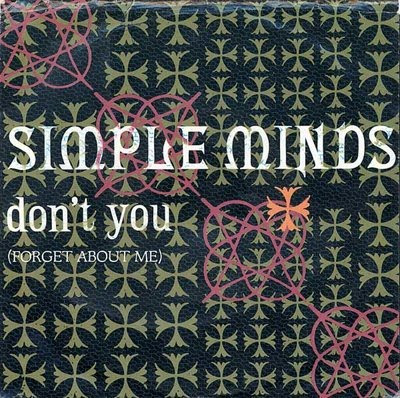 We were half way through this article in today's online edition of the Star about the numbers game with the Jays as they approach Spring Training when we were shocked and bewildered by a name that emerged from the foggy mists of the past: Jesse Carlson. (Wha? Who's that guy?)

We're not at all being facetious when we say that we figured Carlson was already gone and on his way to scraping together innings here or there wherever he could, or picking up with an ultimate frisbee team and to play in regional tournaments where he could hook up with his female teammates.

(Side note: Ultimate is the urban hipster version of paintball. Just so you know.)

This isn't to say that we think that Carlson has no value for the Jays. His ERA climbed significantly last year (from 2.25 to 4.66), even as his strikeout and walk rates remained pretty close to the same. This might have something to do with his BABIP jumping from .230 (probably unsustainably low) to .300 (possibly higher than he deserved).

We've likely misplaced Carlson in our mind's muddled filing system because there has been so much transition and turnover within the Jays' roster since the middle of last season. We're getting old and forgetful in the twilight of our youth, and have too often reached for the "what's-his-name-the-guy-with-the-tattoos" to get us through a line of thought in the middle of a conversation. And a scan through the roster has led to understand just how many of these guys have completely fallen out of our mind since the end of September. Here's a few other dudes who totally fell below our dim radar over winter.

Chad Jenkins: Not that we were necessarily expecting this guy to step in and make his presence felt this year, but the Jays' top draft pick (20th overall) in 2009 was supposed to be fairly polished as a college pitcher and at least closer to the Majors than some other picks. Maybe the fact that Jenkins didn't pitch in affiliated ball last season helped push him to the back of our dusty cranial filing cabinet, but we're hoping to get to know a little bit more about him than his college stats (8-1, 2.54 ERA, 98 Ks / 15 BBs in 92 IPs).

Brad Mills: At a certain point last season, there was actually some talk that, amongst the endless line of left-handed pitchers at the top of the Jays' system, Mills might be the best of the bunch. But he slipped backwards in our consciousness because of the performances of Brett Cecil and Marc Rzepczynski last season, along with the shitkickings that he took in his two starts.

Brad Emaus: Emaus was the talk of Spring Training last year after he tore things up good. People even started speculating as to who would have to move where when he stepped up and pushed Aaron Hill aside. As it turned out, Emaus stumbled to a .712 OPS in New Hampshire, while Hill did okay for himself.

Scott Campbell: Speaking of guys who were supposed to supplant Hill, the Kiwi (with Canadian roots!) who put up pretty respectable numbers (.825 OPS) at Double-A in '08 and represented the World team in the Prospects Game stumbled backwards in '09, posting a .747 OPS at New Hampshire and a .608 OPS in his 27 game taste of Triple-A. Unless he makes some significant step forward, Bob Elliot can probably file away that profile that focuses on Campbell's Canadian roots, and just how goshdarned Canadian Campy (or Camps or Campser) really is.
Posted by Tao of Stieb at 10:07 AM

"just how goshdarned Canadian Campy (or Camps or Campser) really is."

Carlson will be a one-hit wonder. There was just nothing last year that would make me think he can regain his 2008 form. People blame his performance on Cito for running him out there but i think we've seen the real Carlson.

Carlson's numbers aren't as bad as you might assume, MIB. As Tao pointed out, many of his numbers stayed the same including his home run rate. Pretty good for the AL East. His WHIP was higher, but he still had only 67 hits in 67.2 innings.

He will never be as good as 2008 (which of course he did when he was 27) but he sure does provide a cheap lefty option in the pen. I just hope the crazy manager we have can use him in better situations like Gibby did.

I automatically deduct a full run from Carlson's 2009 ERA for the Posada incident alone.

I forgot about the Posada thing. If not a full run, it should give Carlson a three year "benefit of the doubt" contract with Blue Jay fans.

Carlson has definitely earned his stripes, he can stay on the 2010 roster.

Someone deleted a variety of links from solidfiles and filefactory ...

You can pick out from many great [url=http://kfc.ms]short url[/url] address like:

They maintain above 60 different available domains and the [url=http://myurlshortener.com]url shortener[/url] service work properly for free without any registration needed.

So we think it is good idea and suggest you to use [url=http://urlredirect.info]url redirect[/url] service too!

Carlson has earned the right to try to make the team - just like evrey other guy. I would not be surprised if he did.

Jenkins is a horse - we're gonna like him - I've him down as one of our five starters by late 2011 - along with Drabek, Morrow, Stewart and fellow 2011 first time up - Henderson Alvarez.

As to Emaus and Campbell - both play 2nd base and hit worse than Hill. They are nothing special and will soon be but a distant memory.

Why on earth would the Jays give up Romero or Rzep or Cecil or Marcum for that matt when they're all cheap and controllable for at least three years. I could see trading Romero if he has a similar start to last year because there's some worry about so-so stuff being good enough after the teams have seen him a few times, but those other guys all look like they'll be here a while. I can see Cecil as a late guy if he can't hack the innings as a starter.