On Kubek, Frick and Cheek 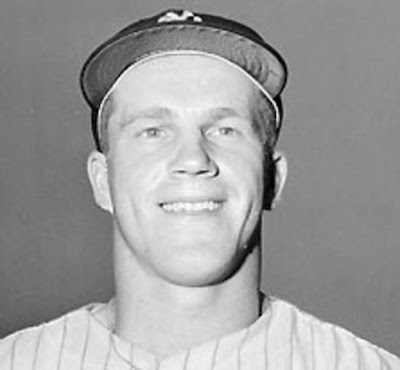 When it comes to the Ford Frick Award, we'll take whatever satisfaction we can get.

We've previously stated that we're not going to hop onto this perpetual treadmill of rage about Tom Cheek's exclusion because frankly, this is going to go on for years. There are other ways to honour Tom Cheek, and we doubt that the man himself would look kindly upon another rage-filled blog post about this year's snubbing.

That being said, we have mixed feelings about the 2008 winner, Tony Kubek. As a Jays fan, he was without question a great influence on our early appreciation of the game. The team of Kubek and Don Chevrier is arguably the best TV tandem in the history of the franchise, and their descriptions of the Jays' rise to prominence through the 80's are etched indelibly in our memory.

Kubek was economical but pointed with his critiques of both teams on the field, a fact that got him in hot water when he and Bob Costas made allegedly derogatory remarks about the 1989 Blue Jays' chances of making a comeback against the Bash Brother-era A's. Costas stated that Elvis had a better chance of a comeback, and the fact that our "hometown" colour guy didn't speak up on behalf of the home side sent thin-skinned Canadian fans into paroxysms of indignance. (And, of course, Costas was right in his own irritatatingly smug way.)

Kubek never returned to the Blue Jays' booth, and walked away in digust from the game in 1994. It strikes us that while we have gauzy happy memories of those old Labatt's Blue Jays Baseball on CTV broadcasts, we wonder what people would make of Kubek's analysis now. Would he be pilloried as some old school analysts are? Would there be a Fire Tony Kubek blog?

So what's the downside of Kubek winning? Perhaps the most salient point that we've read on Kubek's induction came from Neate at Out of Left Field:

"This award is for broadcasters, not members of the jockocracy who actually didn't ride the coattails of their athletic career, which can be said of Kubek (it also applies to Alan Ashby on the FAN 590). Hey, let's put Joe Morgan in the broadcasters' wing of the Hall next season, even though he's already in as a player, just to make sure.

This a sports nerd's bias, but fact you were a player should not even be mentioned. It rubs it in the face of every trained broadcaster who came up the hard way, past, present and future, making a profession of their passion."

There's a lot to that, and when you start to look forward at some of the ex-player analysts who are on the horizon, you have to wonder if they won't start to squeeze out the men by their sides who called the games.

A last word on this goes to Kubek himself. According to the Globe's William Houston, this year's honoree said that he wished that Tom Cheek, the man who sat one booth over from him for 15 years as a Blue Jays broadcaster, was "standing alongside me."
Posted by Tao of Stieb at 2:30 PM

Great post. You're bang on. And based on that last quote by Kubek, he is one classy mother sucker.

It's been a great offseason. Fantastic.

PS - anyone else read that Cito has already written off 2009?

"we have a chance to be a real thorn in the side of some teams this year"....

I just read that. So we're spoilers already? And the DJF writer seemed to think anyone expressing disappointment is a dickhead.

I wonder how strict the staff at Rogers Centre will be about people moving down to better seats that are sure to be empty this summer...

I wonder how strict the staff at Rogers Centre will be about people moving down to better seats that are sure to be empty this summer...

They'll be fucking dickheads as usual.