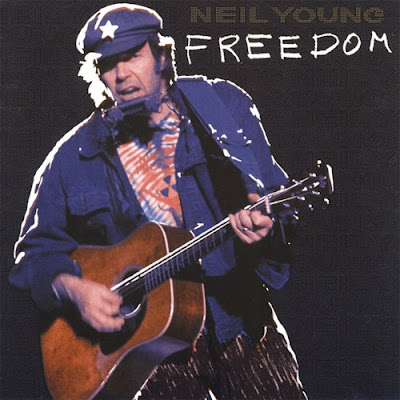 When it comes to the 2009 season for our beloved Blue Jays, there's a lot of people saying we'd be better off dead.

Certainly, looking at the state of the Jays' roster on paper and contrasting it with that of our AL East competitors, there's plenty of reason for pessimism. The Yankees are adding big names, the Red Sox will be moving soon to supplement an already strong roster, the Rays are in play for a big bat (like Jason Giambi) and the Orioles are running down anyone who is willing to take their money.

The games, of course, aren't played on paper, and there are reasons for optimism with the Jays next season.

Think of some of the 2008 contributions made by Jesse Carlson, who nobody knew in December 2007, but who went on to lead the team in appearances, posting a 2.25 ERA. Carlson had pitched well at Double-A New Hampshire in 2007, but he was scarcely mentioned as a prospect anywhere in the lead up to last season.

So, to warm your innards like a piping hot cup of mulled cider, we offer a few reasons for optimism this winter. Keep these in mind as you are opening up your Christmas presents next week only to find a "Burnett 34" jersey lovingly gifted by a family member who knows that you love the Jays, but who isn't necessarily following along as we do.

Hopeful Thought # 1 - Travis Snider
The Great Big Giant Pasty White HopeTM is a star in the making, and a legitimate Rookie of the Year candidate for 2009. While we've been salivating over LF/DH types in the free agent market, we're of the mind that the Blue Jays could generate as much offense from Snider at the major league minimum salary as they could have from Raul Ibanez at $10 million per year. We see Snider eventually as a Lance Berkman type, who could hit 30 to 35 homers with an OPS over .900. For next year, 20 homers and 80 RsBI seems like a reasonable expectation. Even with that modest expectation, he would represent an upgrade over the 2008 team's production.

Hopeful Thought # 2 - The rest of the farm
As much as the baseball hobbyists in the Toronto/Canadian sports media will continue to focus on J.P. Riccardi's draft gaffes, the minor league system is in its best shape since the salad years of the team. In addition to Snider, J.P. Arencibia, Brett Cecil and David Cooper all look to be legitimate high-end prospects.

Dig a little deeper, you may find next year's Jesse Carlson in the person of Robert Ray, a soon-to-be 25 year-old starter who put up some impressive numbers in his first crack at Double-A. A glance at his numbers suggests that he may be a step ahead of Ricky Romero at this point, and he could potentially find himself with the big club by season's end.

Moreover, there's Scott Campbell, who has put up better offensive numbers in his minor league career than Aaron Hill did. There are also (finally) a number of higer-ceiling Latin American players (Balbino Fuenmayor, Yohermyn Chavez, Moises Sierra) who are on the way, and who could make big strides in the coming year.

They might not all contribute to the 2009 team, but the wealth of prospects could provide the Jays with more trading chips if they need to make a short term move to shore up their pitching.

Hopeful Thought # 3 - The ailing return
In the short term, Aaron Hill, Casey Janssen and Jeremy Accardo should all return for the beginning of the year after missing most or all of last season. Dustin McGowan could be back as early as May. Obviously, it's difficult to bank on players returning to their former glories immediately after an extended period on the DL. But these players seem to have been forgotten in all of the tales of woe that are being spun over next year's team.

Hopeful Thought # 4 - The ailing return to form
Is it too much to hope for better seasons from Lyle Overbay and Scott Rolen?

Hopeful Thought # 5 - The other guys have their problems, too
It's not to say that the Rays' season was a fluke, but it seems unlikely that they will walk between the raindrops in the same way they did this year. Carl Crawford seems like an extended DL stint waiting to happen, as does the Red Sox' David Ortiz.

There's no telling what the jumble of new bodies (and their associated personalities) in the Bronx will produce, and Orioles have more holes to fill in their rotation and bullpen then money can paper over.

Moreover, with the exception of Boston and the Yankees, the rest of the AL will also feel the squeeze of the economic slowdown, which means that the Jays won't be the only team counting the coins in their change purse throughout the winter.
Posted by Tao of Stieb at 10:44 AM

nahhh....I think my (intended) message was lost in translation....

This time last year, I was puffing my chest thinking the team would be serious contenders and set myself up for agony.

Now, expectations are reduced and the pressure's off, so instead of locking myself in my basement to walk in circles and babble incoherently when Lyle Overbay hits into a game-ending GIDP with the Jays down one and the bases are loaded in the ninth....I can look back and say, "well, Cito said the team wouldn't contend in 2009 anyway"....

PPS - it's fucking cold here, like -45 factoring the windchill.

How do the Rays have more money to spend on a DH than us?

Tao it's go degrees Fahrenheit todauy in NYC and it's great. I think that you are being overly optimistic. They have lost 18 wins with AJ and who is gonna replace it? Matt Clement? NO way! Pavano? Some other team will give him real money. POnson or Colon? They might be the only ones that sign a minor league deal with the Jays. MacGowan? He might come back in July and his road and home splits suck. They might have to stretch out one of the relievers like League or Downs. In addition to signing Chump X,Y or Z....

They need at least one more bat, like a giambi, Bradley or Burrell(Dunn ain't coming here after that shit dumbass talked about him). JP should beg for the extra 10 mill a year. This is harder than getting Pavano, Colon or POnson for cheap.

What does this add up to? Ricciardi is the asshole who will make Doc walk.Doc will play the 2009 season and say screw this. He could be paid 30 mill a year and actually be in the playoffs. I know what Brandi said BUT trust me after another year of this shit Doc will bolt. THanks for nothing, JP!

Hope is a beautiful thing. Especially number 4. That's what I'm counting on. It's Blue Jays baseball, and I believe, dammit.

eyebleaf.....I'm not even exaggerating, man. It's painfully cold. Painfully, as in, it hurts to be outside.

Positivity is the new cynicism! I'm on board sir

Screw cynicism! The earnest shall inherit the earth!

We are as earnest as Robert Pollard, swinging our mic with one hand and tossing back a beer with the other.

Being optimistic this team wins 69 games next year! The Iraqi shoethrower might make a better pitcing coach than Arnsberg! Sign the hump......though he missed Bush twice BUT he wouldn't miss JP!

I think it's very easy for us to write-off 2009 for the Jays, but I don't think it's going to be nearly as bad as most people think. NY is not guaranteed to be successful, Boston should be on par with last year, and Tampa Bay will drop off a bit. Don't refund those 2009 season tickets just yet!

Tao your blog and brain suck.

The brain sucked first. The blog's sucking is just a side affect.

Tao, your blog does not suck. I like your optimism. Our choice is really to hope or bitch and moan. I like that you've chosen the former. Light a candle rather than curse the darkness!

I still wish we made a splash though. Oh, Manny...every time the wind blows through the trees this summer, they will whisper, "Pega luna Manny..."

PS that was my deletion. I had to fix an embarrassing grammatical error.

Since we are all proudly looking back at our perfectly accurate predictions from this time last year on how the Rays would finish 2008 (which we all re-stated with confidence in June, July, August and even September), we should all similarly sit easy with general wisdom about the Jays fortunes for 2009. Good times - hand out the trophies now.