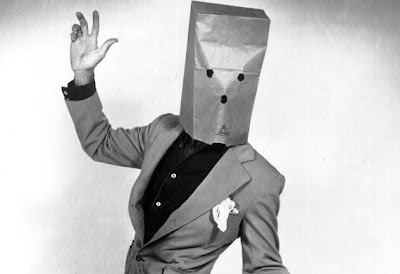 Who: Not one person in particular, but a collection of bipeds with pulses who may be asked to step in and put on the snazzy new unis and fill in where there’s a hole caused by injury, trades, poor performance or other unforeseen circumstances. Remember Darin Mastroianni’s game in centre field last year? Or the return of DeWayne Wise? Brian Tallet’s one disastrous return to the mound? Or the one out registered by Scott Richmond last year?

Why: The Jays used 24 position players and 29 pitchers to get through the 2011 season, with 12 different pitchers starting a game for them. So again, you’d be right to ask: Who? It’s likely that the last guys out will end up being some of the first ones back.

Below, you’ll find a handful of the likely suspects. Some of these players may not make the team this year, and some may actually gain some tenuous hold on a spot before the team heads north. Heck, they may have even been released between the time that we’re typing this out and when you read it.

In any case, it’s unlikely that any of them play a major role on this year’s team, but then again, who the hell really knows?

Mike McCoy: McCoy seems to be the most likely candidate to bounce back and forth between Las Vegas and Toronto on a pretty regular basis. McCoy is versatile enough to play pretty much anywhere on the diamond, though his bat (.291 OBP, .269 SLG) likely doesn’t play anywhere.

Luis Valbuena: With Omar Vizquel making the team, Valbuena likely hits the waiver wire before the season begins. A .200 OBP in 37 spring at bats might allow him to slip through and make his way to Vegas.

Jonathan Diaz: A .462 OBP and .976 OPS in 21 spring games to go along with a very reliable glove up the middle might allow Diaz to slip ahead of McCoy or Valbuena should a bench role open up.

David Cooper: If Adam Lind’s back gets tricky again, the Jays might bypass Travis Snider in the short term and look to wring a few starts out of their Quad-A first baseman.

Yan Gomes: Had an impressive spring (.382 OBP, .676 SLG, seven doubles and a homer in 34 at bats), and demonstrated intriguing versatility by playing third and first in addition to his catching duties. If either Arencibia or Mathis go down, Gomes might get the call before top prospect Travis d’Arnaud. Also, is a dead ringer for Arencibia, so Jays fans might not even notice the difference for a few weeks.

Aaron Laffey: Has an outside shot at the rotation, though the notion that the Jays would choose to subject Kyle Drabek to the PCL as some sort of character-building exercise seems a bit cruel and unusual.

Jim Hoey: Seven strikeouts versus one walk in eight innings this spring. He throws hard, and we saw him hit 97 M.P.H. on the radar gun in Dunedin which didn’t seem overly generous to any pitcher.

Trystan Magnuson, Chad Beck, Evan Crawford: All relievers on the 40-man roster for the time being.

Some dude who arrives in a trade: Entirely likely that we'll see this guy, though we haven't the faintest who it might be. If you had pegged Colby Rasmus to be the everyday centre fielder last year, then would you mind filling out our lottery tickets for us this weekend?

And so, that’s that. That’s your 30 Jays in 30 Days preview. If we were evaluate our own work over the past six weeks, we’d say that there was some inconsistent play, but that we grinded it out and gave our all. Hopefully, you’ve enjoyed yourselves, and found a bit of fun along the way.

One name that you may have noticed was missing from the 30 Jays was Kyle Drabek, in part because our preview piece on him was reserved for Sportsnet Magazine. You should still be able to find it on a finer newsstand near you. And if not, ask a friend if you can swipe theirs. We kinda like the piece, and it is a treat to see our ramblings alongside the excellent preview pieces by Arden Zwelling, Mike Wilner and Stephen Brunt.

And now, onward into the season.
Posted by Tao of Stieb at 12:07 PM

Email ThisBlogThis!Share to TwitterShare to FacebookShare to Pinterest
Labels: 30 Jays in 30 Days

Bravo Tao. You're work here on the 30 Jays in 30 Days project has been excellent. Take a rest. Real baseball starts soon!

Thanks it's been a slice! Crossing my fingers and toes to see daily content on here this summer (is that too much to ask?)

Great work! Didn't always agree, but that's why they play the games.

Maybe I'm an alarmist but I'm really concerned that Lind is our first baseman and hitting behind Bautista. Can we just get a real first baseman? I'm not saying we needed to through an obscene amour of money at Feilder or Puhols for their declining years. But with the flood of OF in the system, could we not have dealt one of them for some hope at 1B?
I'd even be fine with just having Lind bat lower in the order.

This was a great series to read! Thanks for all the hard work