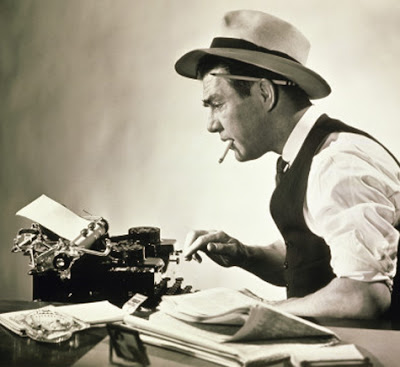 This is your intrepid non-reporting blogger, nowhere near the scene. We have word of trades emerging from the swamp of rumourdom, standing on their hind legs and breathing air. Join us as the story evolves!

11:07 am: First off, we were in a breakfast meeting. And not a lot was accomplished, aside from possibly giving ourself food poisoning. That much animal product on a plate in a crappy part of town is no one's idea of smart.

All of this to say, we flip on the Blackberry, and there's a flurry in a hurry of tweets about the Kenny-Ken-Ken Rosenthal tweet claiming the Jays are about to trade some relief pitcher for Somewhat-Canadian Mark Teahen! Well, pour some maple syrup on my Gladys, and cover me in cheese curds! (Also involved: Edwin Jackson. Some pitcher we guess.)

The presumption is that Edwin Jackson will be spun off elsewhere, but we think you all know what happens when you presume. You make a "pre" out of...hmm...this was funnier when Benny Hill said it.

Rapid analysis: We said in the offseason that we couldn't imagine Jason Frasor staying with the team for long, and though he has been effective, getting any asset that has MLB-potential and is younger than the Sausage King is a move towards where the team wants to go.

E-Jax is one of those classic "We Can Fix Him" pitchers, whose stuff is electric and who still seems as though he has yet to reach his ceiling. Jackson's also posting a 3.43 xFIP this year, which is actually better than Ricky Romero's. You could look it up.

11:24 am - The Rasmus Thing: Kenny's colleague Jon Paul Morosi floats the notion that the Jays would be looking at flipping Edwin Jackson for Colby Rasmus. SOMEONE GETZ ME TEH SMELLIN' SALTZ!!

12:04 pm - ESPN's Buster Onley reports that Zach Stewart was part of the E-Jax/SecretCanuck trade, along with Jason Frasor. So one of the Jays' top ten prospects is now gone. (There's an argument as to whether if Stewart would have been a top ten prospect next year, we supposed. Still. You gotta give something to get something.)

12:46 pm - At this point, a multitude of outlets have the Rasmus deal happening, with Marc Rzepczynski headed to St. Louis along with Jackson. Possibly Dotel as well.

3:51 PM - We'll compose ourselves over the next few hours and pull together something a little more coherent and a little less fanboy-ish.

I think I'm going to throw up.

Who goes to St. Louis? Wilner saying he's been told Sierra, Thames not part of anything.

I gotta go find the Gravol.

Stewart is gone with Frasor. But if it nets us Rasmus then its worth it. Snider is not the answer in CF.

^^ MLB trade rumours say Jackson, Rzep and Dotel, which would be fine by me. Patterson will be DFA's also I bet.

Now they are saying Patterson is going too. And we get Tallet back also. Lol. AA is the man!!!!

The TORONTO BLUE JAYS have acquired RHP EDWIN JACKSON and IF MARK TEAHEN from the Chicago White Sox in exchange for RHP JASON FRASOR and RHP ZACH STEWART.

Its the master plan to get back Tallet! Rasmus is the throw-in.

Wow, I still can't believe the Cards went for that! Early predictions of a good Friday Rock Out!

As crap as Teahen has played, he'll at least give the Jays a 3rd to platoon Gordie Dougie Brett with when he arrives. Then he'll become insurance as a 3B/1B/OF back-up. Of course you wouldn't want to pay him that much, but he could still be a useful bench player.
And more Summer of Tallet time.

Aargh! The return of Tallet!

a pretty good offensive core for the futre!

Is it wrong to have visions of Snider, Rasmus, and Thames growing old together in the Jays outfield?