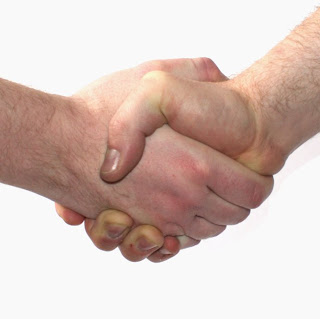 I must confess that I spent a good part of the evening on the couch, taking in the Giants-Dodgers broadcast (relax - it was after the Jays-Tigers) - I know, wild night, right? Annnnyway, MLB network's Clint Hurdle dropped one of those folksy old-school pearls of wisdom over the course of the evening that got me to thinkin'.

Hurdle mentioned that the most important ingredient for a successful ball club was - wait for it - trust. And as ridiculous as it sounds, I kinda sorta bought into it (a little).

Now, hold on. Wait. Stop rolling your eyes. I am not so dense to ignore the fact that the primary - and maybe only - ingredient to a "successful ball club" is, uh.....talented players, maybe? But the statement, right or (probably) wrong, seemed entirely fitting with regards to the state of the Jays, so here we are.

Now do you see where I'm going with this?

Paul Beeston's recent assertion that the team had a plan - to be revealed, of course, "in short order" - holds very little currency with those of us invested in the team (that's right, invested - emotional totally counts!) because any semblance of trust has been completely eroded by the constant state of inactivity by management, and the perceived disinterest of ownership.

So how does the organization get it back? Well, let's start by hearing about "the plan". Thoroughly discussed earlier by the Tao, I suppose at this point we can wait for the offseason to see what's in store - but it had better be something - anything - by design. Sink money into payroll in order to be competitive now, or make a concerted effort at rebuilding and committing to youth; we can debate the prudent action ad nauseam.

The key here is DO SOMETHING. Goddamnit. Something! And stick to it. Fuck all this slugging away (poor choice of words) with retreads and roster fillers just to maintain a lock on fourth place. Why? What's the point? Who wins here? The team 40% of the time? the 11,000 fans showing up to home games? The red ink factory when the financials get printed? No. Nobody is coming out ahead under the current course of action. So fuck this noise.

We have no choice but to wait, friends. Let's see what's in store for the organization come the close of game 162. I think we'd all love to hear that Rogers has decided to roll the dice on a payroll investment, but even a complete rebuild would be an improvement over the current sad state of affairs.
Posted by The Ack at 12:35 AM

Email ThisBlogThis!Share to TwitterShare to FacebookShare to Pinterest
Labels: Do Something, fuck 2009

Given the proximity to the border here in Windsor, I'm happy to report that I'm going to 3/4 games this weekend. Sat right behind the Jays bullpen last night and I learned a few things.

1. Shawn Camp is awesome...no seriously... bear with me here, after walking into the 'pen at the beginning of the game and giving it back to a heckler immediately (Shut it FuckFace!), he then proceeeded to be a kind-hearted soul who passed out baseballs to a couple of kids during the game a few innings later.

2. Jesse Carlson is terrified of bugs. I watched Janssen and a few others catch one in a paper cup and make Carlson run all over the bullpen in fear of its contents.

3. Dirk Hayhurst is a nice guy, who after giving away all the baseballs at the end of the game, noticed me and my girlfriend in full Jays gear at Comerica and tossed us a couple of Red Bulls that he had in the cooler bag.

Nothing wrong with checking out the other teams - I even do it DURING Jays games. The reason for doing so is ... watching teams fight for playoff spots is really enjoyable. Funny thing that.
I buy the "trust" thing (to a point) - knowing what you are up to makes it a lot easier to do what you are doing.

Chris from Windsor, you just made my day with that post. Nice work, dude.

Although as a Windsor native, you should know that you never go looking for shenanigans in Detroit. You hope that they don't find you.

Well said man. Although I feel JP has gotten far too much heat, some of it is warranted and the team has been floundering this season.

Honestly, should we put all our of efforts together and try to lure Jim Balsillie to BUY the Blue Jays???

Chris-I'll be checking in tomorrow to see what else you can learn. That was some of the most interesting reporting I've read on a Toronto team in some time...

Incredibly, they're worse off than last year, and yet our television ratings have been exceptionally strong. Go figure.

If Rogers is getting "exceptionally strong" TV ratings for one of the worst teams the Jays have fielded in years, then maybe there are more people like us - dissatisfied with management and this clusterfuck of a season, but still passionate enough about the team to still watch the games (just not enough to pay to see them live) - than I thought.

Maybe I'm reading into it more than I should, but to me that little anecdotal statistic seems to suggest that the crowds really WILL return if/when the Jays put a decent product on the field - even after what's happened this year. Still, I'd be interested to see the actual ratings numbers compared to those from the past few years before jumping to any conslusions.

You make a great point, Ack. There can't be much trust in that clubhouse. How can there be, when The Cito is telling the media that Barajas won't be back?

I had season ticks for Detroit for 3 straight years, though I am a Jays fan, just love baseball.

The atmosphere at Comerica is awesome, seats filled (when the team was good).

I even met Dave Stewart and got his autograph (when he was Asst GM) he was a nice guy. I asked him if he was gonna take over for Gord Ash, he was PC about it and said "Gord Ash is the GM."

I also met Scotty Bowman, who was sitting 5-6 rows behind me the whole game. I saw him as the game was ending and we were exiting the stadium, I gave him a pat on the shoulder!

I gave him a pat on the shoulder!

I'm sure he appreciated that. (creep)

Picked up a pair of seats just past 1st base for tonight's game. Less with the players and their in-game shenanigans, but plenty of very joyful moments.

The part where the Tigers fan in front of me called Wells a useless piece of shit, and me laughing at him after Vern took away a pair of hits and jacked one over the fence.

The realization that I've been to 3 Jays games this year now, and I've seen Rod Barajas go yard 4 times (Check it, April 22nd vs. Texas, last night and tonight vs. the Tigers). Rod should probably hire me as his personal assistant to carry his gear, be his good luck charm and feign interest in Kevin Millar's jokes.

I sometimes feel like less of a diehard living 4 hours down the 401 and not making it to the ballpark every night. But the past two nights have been a steady reminder that you have to be a true fan to sit in a powder blue jersey in the middle of the other teams park and cheer the game winning home run by Aaron Hill.

The catch is after the elation of the home run, dealing with the slew of witty attacks on your personality from the jackoff Tiger fans who don't know how to take a loss.

Hey dipshits, I sat through a few games for fun during the 119 loss Tigers season in '03, you weren't there, but the people that were had a lot more class.

I'm missing the Rookie Ricky game tomorrow, but I am making it out for the Monday Night finale. The return of Ginger Purcey!

If this isn't throwing JP under the bus, what is? No way in hell this offer is true... Check this link.

Toronto media is better than this...