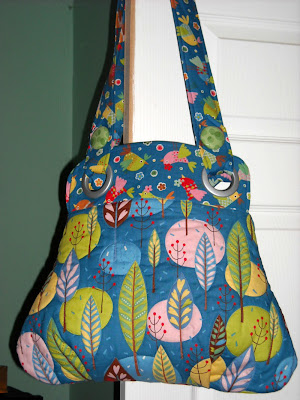 No time for small talk...Tweetbag!

Absolutely. There are very few athletes that we follow, because they are either boring or boorish, and sometimes they manage both. But we actually kinda like reading the Lunchboxhero's tweets, even if we might sweat and complain like bitches every time he posts a picture of his multilayered meat and sauce concoctions. But in the end, isn't it kinda cool to see a 23 year-old who has a fairly cultured appreciation of foodstuffs, and what seems like a just-dry-enough sense of humour? We'll likely unfollow the Beastmoders before the season starts, but we really hope to have fun reading Snider's thoughts about the 2011 campaign.

SNAP OUT OF IT! Darin Mastroianni is 25. That also happens to be the number of doubles that he ripped off of Double-A hitting. Which isn't bad, but doesn't make us weak in the knees. He's an okay OBP guy (.390 at New Hampshire), but a bit of a slappy (11 career homers in 426 minor league games). Let's not make this guy out to be the second coming of Reed Johnson or anything. (Because we have yet to confirm if he runs like a girl.)

Heir to a Mixed Drink Fortune and Celebutante Nelson Clamato (@nelson_c) commands us: how do you see the Jays catching situation playing out this year? Predict #'s

Arencibia: 100 games, 16 homers, 52 RBI, .770 OPS, and lots of deserved complaints from Alan Ashby about his defense. But with upside.

Molina: 47 games, 4 homers, 30 RBI, .700 OPS, and lots of deserved complaints from Alan Ashby about his defense. But without upside.

D'Arnaud: Hundreds of blog posts written on his future, and calling for his immediate recall. Or at least a September call up. Or some playing time. If nothing else, enough of a showing so that he gets into MLB 11 The Show's roster updates.

Onward ho! Tweetbag regular Tim Duggan (@timmyd_) asks: Should the Jays care about where Bautista prefers to play? If so, how much?

Yeah, they should probably try to keep the player happy, especially if they have some notion of trying to re-sign him. And if he wants to meander out in right field and occasionally kill a baserunner with one of his throws, then good on him, we suppose. Though if Alex Anthopoulos can get a team to take the remainder of Vernon Wells' contract, then he should be able to use that Jedi Mind Shit to get JoBau at the hot corner, where he belongs and is most valuable to this team.

Finally: A sad hockey question from the inimitable @DannyHeatleySpeedwagon: Alfredsson will retire a Sen... yes or no?

Yes. No. Either way, it looks like a sad ending. Though we wouldn't mind him having his Ray Bourque moment. If it came to that.

Follow-up Tweetbag question: WHY on earth are you going to unfollow Snidey?

I read that wrong. This is why I never comment.

Point of order - when two thirds of your major league outfield are named rajai davis and juan rivera, it is perfectly acceptable to rosterbate about Thames-Mastroianni-Loewen down in Vegas.

listening to Ashby rip the catchers was as big a highlight as pretty much anything else this past season.

Juan will be on the DL. Almost guaranteed. Certainly one of Travis and Juan will be. So Jays fans can be forgiven for having a whip-around over the AAA guys.

Granted, Eric Thames would probably be a better choice, but there`s no accounting for taste.

Um, Tao, so are you going to catch the other 17 games?

Someone is going to catch those other games. Some veteran Raul Chavez-type who they pick up off waivers after an injury, or some such thing.

Fuck Alfredsin and the Senoritas. I hope he goes back to Sweden and blows Sundeen.