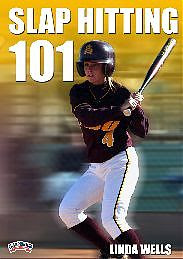 Within certain contexts, we can like the idea of Rajai Davis as an everyday player, even if his career isolated power number1 comes in at .102 (a number that puts you around the same territory as your backup catcher, but above the starting pitchers.) We're sure that his speed may well help turn singles into doubles and allow him to take extra bases and score runs, which is ultimately the name of the game, right?

But just about the moment that we start to get our head around that fact, it occurs to us that Scott Podsednik may well bring his marginally less impressive .101 ISO north to Toronto and get a few starts per week. And we would have been happy to write his Spring Training invite off as merely insurance against this rib injury or that pre-season ouchy until we were bombarded daily with stories of his foot problems. Which only served to make his presence more real.

And just as we've swallowed back some of the bile, it strikes us that Corey Patterson is skulking about somewhere. To his credit, Patterson's career ISO is .151 - three points lower than Joe Mauer's - though since he left the cozier confines of Wrigley Field, he's posted a .138. And balance off that marginal power value with a career OBP under .300, and Patterson seems like less of a clear option for the Jays' designated slap-hitter this year.2

We realize that isolated power is not the most flattering metric for this sort of player. Their career speed scores3 (7.7 for Davis, 7.2 for Pods, 7.0 for Patterson) would put them in the top echelon of sprinters, though below the 8.5 career mark posted by DeWayne Wise.

Which brings us full circle, more or less, to the fact that one of these three will get a regular turn and 500 at bats, while one will get the DeWayne spot on the roster (52 games and 118 PAs last season for Wise). And the third will either get a ticket to Vegas or his walking papers, whichever he prefers.

Given the deal he just signed, Davis is a given for door number one. God help us, we think we'd actually prefer to have Patterson over Podsednik, but what the hell do we know about that sort of baseball?
-----------

1. Just so we can seem super smart, we'll explain out the ISO number, so that we can feel like we've done you some service today.

Isolated power is a number derived by subtracting a player's batting average from his slugging percentage. The number essentially plucks singles out of the equation, and measures the number of extra bases a player gets per at bat. José Bautista led the Majors with a whopping .357 ISO last year. Jhonny Peralta had the 100th best ISO amongst qualified hitters with a .143.

And Yunel Escobar's .062 was the seventh worst number amongst all qualified hitters. Musta been all them drag bunts.

2. That's the deal, right? It's SlappyDome: Three slap hitters enter, one one emerges to make the team...Isn't that the deal? Because we can't imagine having a team full of these guys.

3. Bill James' created speed score based on six factors: stolen base percentage, stolen base attempts, triples, runs scored, GIDP, defensive position and range. It's beyond us as to how it's put together precisely, but we'll follow along.

Great post. What is your source for speed scores? I can never seem to find them. But I'm dense and that doesn't help.

Gee will. He sourced it in the article.

Could have touched on Mastroianni too. And Heche.

Speaking of Heche. No one has mentioned it in the media, but the Jays will use up option number two on him next month. Isn`t he a certainty for a cameo this year, if he hits at all in the minors?

All things being equal, given where these guys are likely to hit in the order when they draw into the lineup, I'd take the .340 career OBP (Podsednik) over the .292 career OBP (Patterson).

Good point on Mastroianni. Was going to bring him into the mix (because I'm pretty sure that his profile is pretty much in line with the other three), but was in too much of a hurry to sum up.

As for Hechevarria, I assume he doesn't come up until September, but they are going to have to bring him up earlier than most because they'll have already burned through two options. I'd assume that they want him in Toronto for mid-2012 at the latest.

I mean, according to 85% of bloggers, nobody really got Moneyball except them, but I assume that's why Michael Lewis gave Bill James a wedgie in the Epilogue.

I think you meant Anne Heche?

I think you can discard DeWayne Wise's speed score as pinch runners will get an over inflated scoring due to the amount of extra runs they score without having an at bat attached to it. At least I think it works this way?

Anne Heche is a slapper!

Here's a bet: Stewart makes the team as No. 5 starter.