Throwing our hat in the ring - The Tao for President 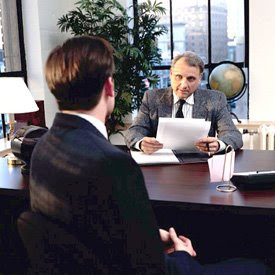 So we hear that everybody and their pet marmot is a candidate for the Jays' President and CEO job, even though the Jays have probably made their choice, and just haven't announced it.

Nevertheless, we'd like to take this opportunity to submit our name as a candidate for the President and CEO of the Toronto Blue Jays baseball club.

We firmly believe that our education, experience and demonstrated skill sets would be an asset to the Blue Jays, and to Rogers Communications. (Or is that Rogers Media? We could never keep them straight.)

Seriously: look around at the jokers that they're discussing. Gord Ash? Tom Anselmi? David Peterson? Please. We'd eat those dudes for breakfast, seal up the leftovers, reheat them for lunch and blog about the entire process before dinner.

We ask you, faithful ToS readers: who do you want overseeing the day-to-day operations of the Blue Jays? Some bean counter with an MBA and his name stitched into his drawers by his momma, or do you want the man who will shake an extra $30 million in payroll out of ownership, ditch the black uniforms, and rehire Jill Clark as the in-game hostess?

Do you want some guy who has washed out in some other organization? Some ex-politician who got his ass handed to him when he least expected it and urged Belinda Stronach into politics? Some current politician who somehow has less charisma than Dalton McGuinty?

But seriously, we don't want to go negative on this. We just want to say to Ted Rogers and to Tony Viner and to whoever else is making this decision: you've got more than 700 blogposts here to parse through, but we betcha it only takes you a half-hour before you recognize that we are your man. We have spent much the past two years focussing inordinate amounts of our time and energy agonizing over the right path for the Blue Jays (free of charge!), and if given the opportunity, we have the means to return this team to the promised land.

Well, actually, you have the means...but we've got the strategy to make it happen. (Or was that a tactic? We always get those confused. But that shouldn't preclude anyone from being President, should it?)

In summation, Messers Rogers and Viner, let us assure you that we respect the process that you've undertaken, and that if you have any good sense between the two of you, you'll hire us to run your baseball franchise.

Surely, we couldn't be any worse than the last guy.
Posted by Tao of Stieb at 2:17 PM

I'm going to start the petition: ToS for President!

I'm into it. The Ack will make a more than capable backroom muscle/Karl Rove type behind the scenes.

The Ack's more like our Palin: he's pretty, he's folksy, and he shoots wildlife from aircraft.

A perfect VP of Ticketing Operations, if you ask us.

I'm going to need to see a power point presentation before I can give you my full backing.

call it a hybrid.

I am pretty...pretty fucking handsome, that is (heyo!). But, I've also been known to roll up the sleeves and TCB - take care of business, baby.

Stoeten for Dog Catcher! Adams for washroom attendant...... The list goes on.

Where's the Welcome to Toronto post for Fabio Castro??

Jill Clark was terrible... she mispronounced Devon White and at least one other household blue jay name and she was whiny and annoying

But her tits are amazing!