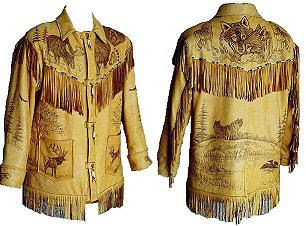 (You see what we did there? Because those are buckskin coats...never mind.)

There's joy in Snowville, as the mighty Buck Coats has received the call to go north with the Blue Jays to start the season. Coats has been a favorite of the blog ever since the Jays acquired him and his awesomely porntastic name in the offseason. It remains to be seen if he sticks with the team, or if he is this year's Jason Smith/Simon Pond/Gabe Gross.

One more thing to love about Buck Coats: He is listed as an OF-IF. Dude can do anything. If he straps on the catching gear this spring, we might just lose our mind.

Also getting the call is Randy David Wells, who fulfills the team's ongoing need for two Wells on the roster.

We should probably temper our enthusiasm with the knowledge that neither of these guys sticks if the Beej and number Firty-Free are around to start the season.

Real games start for the Jays on Monday. And not a moment too soon.
Posted by Tao of Stieb at 8:46 AM

So...his nickname pretty much HAS to be "Skin" right?

If you don't mind Tao, I think I'm going to start commenting here more. Those lunatics at DJF are starting to scare me.

Not to get all Berman-like, but we think that Buck "Skin" Coats might just stick.