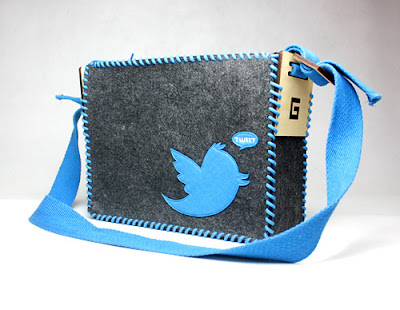 It seemed to be just about the right time to open up the Tweet Bag. It's already six games into the season, so of course we've got everything figured out, and can make 100% accurate projections from here. Plus, we have a whole new collection of followers on Twitter, so it only seemed right to open up the old sack of tweeted questions and blog back some answers. Here we go.

Let's start with @donmcdougald, who asks: Would the Jays be better if Tony Fernandez was hitting coach? He understood how to keep ab's alive and get the ball in play.

Fernandez is unquestionably one of the great Jays, but you're assuming that his skill can simply be transferred. Legendary hitting coaches like Rudy Jaramillo or Charley Lau were never especially great hitters (or even all that good), while a great player like Ted Williams wasn't much of a manager, posting a .429 winning percentage. The point is that instruction is a skill in and of itself.

The example that you raise of Fernandez and his ability to foul off pitches also doesn't strike us as a transferable skill. It wasn't a strategy that Tony brought into each at bat - "I'm just gonna keep fouling off pitches this entire at bat!" - so much as it was a tactic that was facilitated by great hand-eye coordination - "I've got two strikes, so I'm gonna put my bat on anything close to the zone!"

Next, @BlakeGShaw asks: What are the chances the team gets a new stadium in the next 5 years?? Beeston KIND OF hinted at it in reference to grass turf.

In the next five years? No chance. We think you're really reading into those comments from the State of the Franchise, and Beeston has backed away from them subsequently.

Rogers has plowed a bunch of money into the stadium over the last few years, and you should probably figure that this will be the Jays' home park for the next decade or two at the very least. What might be a big help to the Jays in the interim would be settling on them as the exclusive tenant of the stadium, and making adjustments to the field of play that would include having standard infield cut outs, as is done in Tampa.

Next batter! @Mike_Fahmy asks: Ok do you expect the @BlueJays to trade Snider before the deadline?

We doubt it. There's little urgency to do anything with Snider until after this season. If he gets it together and emerges this year as an Alex Gordon type of eventually-blooming prospect, then the Jays have him under control for four more years.

There could be an argument that he has to make the team out of Spring Training next year, so maybe you trade backwards and take a prospect who is further away if there's already enough big league talent in the system to fill that role. But that's a long way off, and Eric Thames has yet to establish himself as the long-term solution in an outfield corner.

And another one! @karmaloop__rep asks: When the time comes to make a D'Arnaud-JPA decision, should JPAs apparent closeness with Lawrie/Romero/rest of core be a factor?
Not really. Having a catcher who has a good relationship with his pitching staff and teammates is a nice plus, but a pleasant demeanour isn't exactly a difficult skill to master.

We watched d'Arnaud catch a couple of innings at the Jays' minor league facility this spring, and while we're literally talking about minutes of exposure to his game, the first thing that struck us was the way that he took command on the field. He was always communicating with his fielders, his pitcher, and generally looked at ease behind the plate. Which is to say nothing of his bat, which will slide nicely into the middle of a big league order eventually. J.P.'s got a nice upper-cut power swing, but average and on-base look as though they will always be challenges for him. Both players can probably co-exist for a season or two together, though, so there's no big rush to move Arencibia in the near term.

The bottom line is that these guys are all professionals. They can maintain friendships after players leave, and make new friendships when new guys arrive. There's a reason why they call it clubhouse chemistry, which is that it is fluid and always changing. Otherwise, they'd call it clubhouse masonry.

From @BitterRaptorFan: "Could you see a downside if Farrell announced that Jays will "close-by-committee" for the rest of eternity?"

That term really comes off as a pejorative, doesn't it? Who could love a committee? Can a committee inspire confidence? Does a committee start its business with pyrotechnics and heavy metal entrances?

We tend to agree with John Farrell's recently stated philosophy that he wants pitchers in the bullpen to have roles, so that they can mentally prepare themselves for the situations in which they'll be used. It will still be somewhat dynamic, but Casey Janssen and Darren Oliver know they'll come in for an inning in the seventh or eighth, Coco Cordero knows that he'll get the eighth and the occasional ninth inning work, and Santos knows he'll take the ninth or the end of the game. It certainly helps to have bullpen depth if this is the approach you want to take.

Having said that, we hate the save stat, and think that a saves should be merged into the "holds" stat so that managers no longer have the rationale that allows them to hold onto their best bullpen arms in high-leverage situations because they want to make sure that the "closer" gets the "save".

Next up, @RickVaughn_99 asks: Can you see the Blue Jays moving Lind in the offseason move Bautista to 1st and Rasmus to RF if Gose impresses that much?

There are a few questions here that aren't necessarily interdependent, but here's the quick answers:

-Yes, we can see the Jays moving Lind, though we don't think he'll have much of a market.

-Yes, we can see the Jays moving Bautista to first, provided he thinks he belongs there. Which might be a challenge.

-Yes, we can see the Jays moving Rasmus to an outfield corner to accommodate Anthony Gose, provided his bat is productive enough to hold down the spot and Gose shows that he's ready for the big leagues.

But ultimately, you tally up all of those conditional positive responses, and it seems as though the full scenario you've painted is unlikely. It also happens to be one of the more ideal scenarios that we've seen for the 2013 Jays. (Are we talking about 2013 already?)

Talking about the farm, @seanvail asks: What do you expect the Jays to do with their AAA franchise? Seems like Vegas is a pretty poor fit in almost every way.

The problem is that there are only so many franchises that are looking to shift their affiliations each year, and the Jays got stuck with Vegas last time around. As much as the Jays might want to get out, there may be limited options for them when their affiliation agreement expires this offseason. The ideal would be a team in Buffalo, but there's nothing that indicates to us that the Mets and Bisons won't renew that agreement.

A decent fallback scenario might involve New Orleans, which seems to be the second-least desirable Triple-A franchise for MLB teams. At least it's not in the Pacific Coast League. (UPDATE: Yes it is. D'oh. Never mind us. We're just too dumb to live.)

And don't even talk to us about baseball in Ottawa. Don't pick that scab.

Let's move into the rapid fire questions, shall we?

@dee_tam asks: Why are there day games?

Isn't the greater question, why are there night games? Baseball was meant to be played during the day. Giant light towers are not a naturally occurring phenomenon.

@ScottReaume: Who will be the first AA pitcher called up to start? Not Brett Cecil I think.

Actually, we'd say that from the Double-A team, he's the most likely to get the call first. The Jays won't just let him rot down there. If he can't get his starter's stuff together, he'll be back as a bullpen arm before the next generation of prospects come up. (UPDATE: And then they go and call up Evan Crawford to replace Sergio Santos while he's on papa duty. Wrong again Tao!)

@SloaneScholar1: If Brett Lawrie were a type of cheese, what would he be?

Probably some sort of havarti cheese, with lots of hot chilis and maybe some Red Bull infused into it.

@charuk92: How many marriage proposals from female fans will Lawrie receive this season?

We figure at least three per home game, and figure in one per road start. Maybe 10-15 per game in Seattle. Tally it up, and we'd guess about 4860.

That's it for this edition of the Tweet Bag, though there are four more salient questions that we'll answer throughout the next week. And don't be a stranger: Send us your queries and tomfoolery any time. We're happy to oblige with the best answers we can.
Posted by Tao of Stieb at 9:58 AM

"Which is to say nothing of his (D'Arnauld) bat, which will slide nicely into the middle of a big league order eventually."

Let's please not over-hype this kid the way we have done with Lawrie. I don't think we should expect much more than a .270 Avg., .350 OBP and about 10 home runs for D'Arnauld, which is hardly a middle of the order hitter.

"Middle of the order" was probably a touch overenthusiastic. But would it help if I mentioned that I was envisioning him as a 6th hitter when I wrote that?

Hitting more than 20 bombs in the Eastern League shows a bat that has a lot of power potential. I think a 15-20 homer catcher with a .350 OBP sounds pretty great.

Tao,
You still have the best fucking Jays' site. It's unreal. Keep up the great work. Oh I like the new logo too.

Uh, Tao, New Orleans IS in the PCL.

I wouldn't say middle of the order is too overenthusiastic, Kevin Goldstein of BP has used it multiple times

They may have called up Crawford before Cecil, but the question was which AA pitcher will get called up first to start. I'd be surprised to see young Evan throwing out the real first pitch any time soon

SaseRaisk [url=http://www.smmd.org.mx/site/node/2952]payday Loans Online[/url] Anync online payday loans storrof http://www.restaurantezarcillo.com/what-amazing-testimonial-faxless-payday-loans-online Suppose you want to pay admission fees of your then you and you happen on the policies of your bank.. In terns of repayment of cash advance loans, you will a key the earnings, the rates are very low!!!
http://www.grandtechintl.com.ph/cp/scripts/Perl/Guestbook/E-Guest_show.pl
http://www.jamming.com.ar/guestbook

These are generally brief phrase loans that do present you meet your fiscal concerns
inside a desired distinct time period. Contemplating time limitations these loans are especially designed
above an obligation zero cost platform. As such, these are kept fully zero
cost from credential checksums. Difficulties such as defaults, arrears,
bankruptcy, CCJs and even IVAs are not deemed here. Further, there are
also no collaterals linked with these loans. There is minimal paper operate required on the part of borrower.
There are also no hidden or added documentation or faxing needed right here.

Applying for these loans is also pretty convenient. Folks simply call for filling an on the web type and once this gets approved cash is
received inside 24 hours time frame. These loans are typically supplied beneath handy terms and circumstances.
The general basic applicant criteria right here is
that they really should be a UK resident and of 18 years of age.
Also visit my web site :: www.acorrn.org