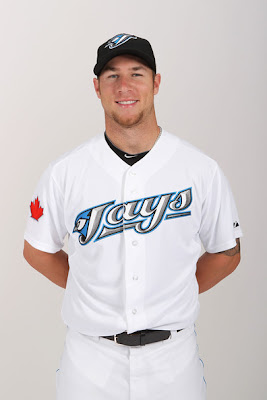 sorry...but why is Lawrie being called Gordie Dougie? Howe and Gilmour?...

No way he surpasses Arencibia's debut last season, though he would certainly make up for any deficiency by throwing a laser at AROD's head from 3rd in the nearest New York series. Failing that, a standing dropkick to Jeter as he tries to stretch a double into a triple. Do either of the two, and a 2011 debut is already a plus.

Would be nicely ironic if his first hit is a carefully placed bunt.

^^ those can be topped by fistfighting Pedroia. Hope the lil' Beantowner has his fightstraps tied down.

I'm disapointed. I thought 4 sure by now u would have a blog about the call up of Gordie-Dougie... U must now dedicate the gordie dougie call up post to Larry McKenna from moose jaw Sask. Always lovin the tao.. Give the love Back dave

I'm surprised there were no comments about Travis Snider paying for Lawrie's spot on the roster. Is Thames really better than Travis Snider? Or was this an "options" thing?