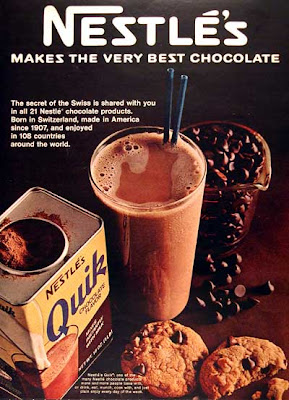 Still geeked: Off days are never fun, in part because they remind you of what life is like in the offseason. (We totally stole that sentiment from a tweet by someone yesterday.) But given all of the ridiculous fun that we all had over the weekend, maybe we needed an extra day to savour what we'd just seen and let all of the past week's happy thoughts stay with us one more day.

Bring on Boston: After pillaging their way through the top two teams in the American League, we can think of no better way for the Jays to keep the good times rolling than to have the Red Sox roll into town. With the rotation making its way back to the putative top, we're anxious to watch RickRo, Marcum and Cecil pitch like men against Boston.

The Chase for Fifth!!!1: In case you'd forgotten, we're all about the Jays catching Boston and ending the season as the AL team with the best record who didn't make the playoffs. Sure, you can scoff at this goal as underwhelming...but if the Jays sweep the Red Sox in this series, they'll sit a game back in the Chase for Fifth!!!1

J.P. Arencibia's Accent Portends Awesomeness: After hearing a few interviews with the Greatest Blue Jays Since Scott Rolen (GBSSR!!!1), most of us seemed puzzled by the odd lilt in his voice. Is he Dutch? Swedish? Some odd Cajun/Slovenian mix? As it turns out, Arencibia's folks are Cuban, and he has somewhat of a touch of Spanish to his English. But what is particularly awesome is that Arencibia is apparently fluently bilingual, and spent his first few days floating between the Anglos and Latinos in the Jays clubhouse.

We've been on this language hobby horse for a while now, and if it offends your Libertarian sensibilities to think that language skills have any importance in the workplace, then fine. Mange d'la marde, mon gros toxon. But if we're hearing that the franchise's soon-to-be primary catcher is conversant in both English and Spanish at precisely the moment where the team is looking towards international signings as their key to competing and building, then that would seem to us to be an awfully good thing. We know that grunts and hand gestures and clipped sentences whatnot might work for some, but we can't help but feel like this will be an asset to the team going forward.

Poor Fred Lew: We're not sure what's going to happen with Vernon Wells' toe (which is apparently not broken, just dislocated). But with Wells potentially out of the lineup, it seems to us that Fred Lewis might find himself parked on the bench for the next stretch. Lewis doesn't play the field well enough to sub in at centre, and we imagine that Wells' absence will mean more time for Dewayne Wise and Travis Snider in the short term.

Wait a second: As much as we've softened on him lately, why would we assume any rational action from The Manager?
Posted by Tao of Stieb at 9:48 AM

In a couple of the rare games that Vernon sat out or DH'd in, I remember Cito putting FLew in CF, so it's not totally out of the question. But that was before Wise showed up, so we'll see.

After checking my facts it looks like Lewis has played 6 games (4 starts) in CF for Toronto this year.

That settles it. Destiny.

About the day off yesterday: yes. We needed a day to let sink in just what the hell happened over the weekend. Big Game James my ass. Morrow!!!1

Romero vs. DiceK
Marcum vs. Buchholz
Cecil vs. Lackey

You know what that means, right? Priesty, and all of us, are going to lose our shit. Fun.

Vernon will play. And fuck fifth. (For now.) I'm not conceding the Wild Card just yet.

I'd like to see Bautista try to handle CF in Wells' absence with Lewis in LF and Snider in RF. On the surface, that seems like a total defensive clusterfuck, but, I think it is the team's best offensive option. I wouldn't mind seeing a few more games with double digit runs scored. I'm pretty sure that Wise in the lineup all but eliminates that as a possibility.

Where was I when that happened?

The baseball season goes by too fast. You don't stop and look around once in a while, you could miss it.

Actually, I don't think that Bautista could handle center. He takes some weird routes to balls some times, and I think he benefits from having a stronger CF beside him.

Fred Lew is worse though, and has an errant, weak arm.

The idea of Bautista in center sounds insane, but I'm pretty sure he played there in Winter Ball and was the backup CF for the Dominican Republic in the most recent World Baseball Classic (he only got in a few innings there, though).

I don't want to get too emotionally invested in this series against Boston, but it's hard not to lose my shit. (Thanks for the name-check, Eyebleaf) The bitter tears of the Nation alone would be like the elixir of the gods.

OK, I can roughly translate most of that French, but what the heck is toxon?

Based on nothing, I get the feeling that Freddy Lew is due for one of those games that got us all excited when he first came on board. Three hits, maybe a double or triple, a stolen base.

And I can also totally see a beanball war brewing this series. Just because.

Toxon = smartass, basically. Though it's kind of one of those "passe-partout" words that can vary in meaning depending on the tone in which you use it.

Tao, thanks for clarifying re Arencibia's accent. I couldn't quite put my finger on it.

I posted this on Twitter too but found it interesting enough to double post here. In Snider's short major league career so far...

I find it really surprising that a) Snider has that many plate appearances outside of the 9th spot, and b) in this small sample size, he's performed markedly better as the #9 hitter.

Has Gaston gotten Fred Lewis confused with Devon White? Lewis is a butcher in CF.

Can't help but think that Wise gets to the Lowrie double ... but alas, not to the Drew and Lowell homers.

anyone else think the sox give rickro the yips?