What's a guy gotta do? 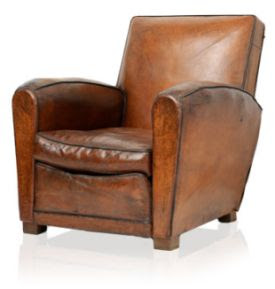 While you're admiring the brilliant prose I managed to cobble together for this blog post title, I have a confession to make.

When it comes to armchair managing, I'm guilty as charged.

Part of being a fan of a team is pretending that you have all the answers where the morons running the show do not. It's what we all do, right? It's fun! And we watch so much baseball that we know that we're right.....at least I think that I am (not you, you're way off, pal).

I'll be the first guy to tell you that The Cito is doing Travis Snider no favours by shielding him from anyone born with a propensity to deal from the left side. But I'll also conveniently forget that he did the same to Adam Lind last season, and, well, he's faring pretty well in full time duty against southpaws so far this year. I'll get in line to tell you that Lyle Overbay (or Snider) should be pinch-hitting for Kevin Millar late in ballgames against right-handers, but I won't mention that Millar (sample size alert!) is showing some nice reverse splits this season. I'll prattle on and on about Cito's in-game management.....and gloss over the fact that a team that was predicted to be in a battle for the AL East basement currently sits at 8-4.

Yes, tonight's disappointing loss to the Athletics notwithstanding (fuck off, Oakland), we've been lucky to watch some pretty damn good winning baseball from the home nine thus far, so let's all maybe save the "this is just like post-'93 Cito!" wailing for now, huh? Who are we, the Sons of Sam Horn?

(Until the team drops 5 or 6 straight, of course - then your ass is mine, skip.)

I've run out of superlatives for Roy Halladay, so I'll let actual big leaguers do the talking
Just when I thought my man-crush on the good doctor was reaching epic proportions, he has to go and up the ante. At least I know that I'm not alone on this one:

Scott Rolen: "This is really, really unfair, but we've come to expect things like that from him."

Brandon League: "After the third one, guys in the bullpen were yelling 'THAT'S WHY HE'S THE BEST!' "

Michael Barrett: "Like in Cleveland the other day -- man on third, none out, he strikes out the side."

Barajas: "There's no panic in that situation he has so many weapons -- ground balls, strike outs, no reason to feel pressure."

....and from the opposition:

Life with Roy Halladay is good indeed. I never want it to end. I could be wrong, but it feels like I've maybe said that before....
Posted by The Ack at 12:59 AM

I know what you mean about armchair managing. And I feel much like you do; until our record dictates that I can go apeshit, I'm silent until then. In Cito I trust.

And Doc, fuck. He's never leaving. I have faith he will be one of the few Blue Jays for life.

I was with the bullpen. I turned to my dad and said, "That's why I love that man!" Doc has to stay. All he wants is a ring and I believe we can get it for him. I'll lead a march on the head offices if I have to.

If Doc is a Blue Jay for life, I hope he manages to win a World Series with the team. He deserves it.

OK, I'm going off topic here, but I need help with that Budweiser ad I keep seeing. The guy goes to an outdoor party and gives the bouncer the hot chick's room number to get in, he goes over to her and orders a Bud, then just as he's about to be kicked, she gives him her room key? Is that what's happening in this ad?

I hope that it's not for another 20 years when the ship comes to return Doc to his home planet. Until then, I will savor every moment of him in his human form.