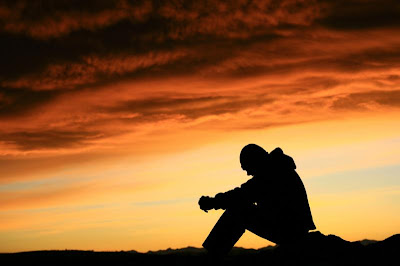 There was a time when we might have taken the first post after a cruddy weekend to scold those who were piling off the bandwagon and taunting those who remained behind them on their way off. But not this time.

If you go back through the blog, you'll probably find any number of posts in which we accentuate the positives and give thanks for small mercies, and pontificate on the the value of sticking with the team through thick and thin. And, in this bit of kabuki that we'd do, you'd fill the comments with anger and scorn and assertions on how delicious the Kool-Aid must be, and how we're some naive simpleton who doesn't know any better and is too addled in the brain to understand that the team is terrible and going to be terrible forever.

You can see why we don't want to go down that road. That way, madness lies.

But suffice to say: Last week sucked. There's really no other way that we can put. It was a terrible week, in which two really good teams beat the Jays around and sent them home as a pile of dusty, charred remains. The smackdown in Texas was especially bad, when you consider that the Rangers pounded Blue Jays pitching into such a state that they've had to run through four additional minor league arms within a week.

These are not the best of times. And we won't bother trying to convince you otherwise. If you feel the need to gnash and wail for another few hours, have at it. A little primal scream therapy never hurt anyone.

Our opinion of the Blue Jays remains pretty much the same as it was at the beginning of the season, and a week of grief doesn't really change matters that much. Yes, there are concerns in the rotation, and in the depths of the bullpen, and in certain spots of the lineup. But every team is flawed, and sometimes those flaws make themselves evident all at once. In the end, we think this is probably still a team that hangs in around the race for one of the Wild Card spots, but probably comes up short. Still, there's enough that we perceive as positive for the next few years that we'll hang in. We still think it will be rewarding.

So farewell to Texas, and bring on the Orioles. Let's push things forward.
Posted by Tao of Stieb at 1:03 PM

Please promise a more vile and contemptuous posting if the Orioles knock them around.

Question for real...if the O's hand it to the Jays this week, do we start considering them to be "for real"? Or do we call for the heads of the GM, Manager, Hitting Coach and Pitching Coach and bemoan the future?

'Twas a bad week indeed, but I was thinking to myself this morning, "Self" I thought, "What if they had picked up the win on Saturday". I figure a two and four road trip would be far easier to take. The difference in my emotional state is far greater than it should be for one game going the wrong way. Really a two-four or even a three-three road trip was in their grasp, and things just went wrong in both of those games.

It was a kick in the ass but it could not have possibly gone any worse.

Chill: I was about to say a bit of both, but chances are, it will be everything all at once.

I've already had people calling for the heads of the pitching and hitting coaches. (Or maybe that was just the voice inside my head.)

remember the days when we'd go on a losing streak only to end it by sweeping the orioles so we could feel better about ourselves...

The thought of a good and young Orioles team is scary. There's no quarter offered in the AL East.

ahh ... the end of May and 2 games out of first and the glass is half full