Friday Tweet Bag - Answering Your Winter Questions, Such As They Are 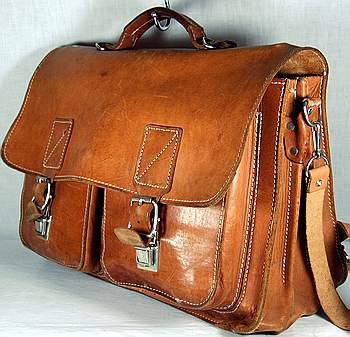 For those of us north of the border, it is ridiculously cold, and Spring Training seems so very far away. It's almost disheartening, isn't it?

So let us warm the cockles of our shivering hearts with a little baseball chatter. You tweeted me your questions, and I shall answer them to the best of my abilities, acknowledging the fact that I'm just some slob who has little authority to do so. Let's dig into the Tweet Bag.

(Before we start: Sorry for that weirdly over-enthusiastic piece of self-effacement. It's just that some people have spent too much time in academia and dislike when people speak a degree of certitude. But reading all that weaselly passive voice is no one's idea of fun. And that's what this is supposed to be: Fun. That's all.)

Onward! Tweet Bag regular @whatadewitt asks: With Gose looking so good in Sept (I know don't count sept stats) how long of a leash do you give Rasmus this year?

Before we start down this road, I'm a bit shocked that Anthony Gose played 56 games last season. Was it really that many? Oddly enough, those games split perfectly between 28 played in his initial call to the bigs, and 28 in September.

Let's agree to disagree on just how good Anthony Gose looked in September of last year. He certainly didn't look as bad as he did in July/August (.256 OBP, .244 SLG), but his .740 OPS (.347/.393) could just as likely be a blip or the result of some weaker pitching as it is an indication that he'd turned a corner and steadied himself at the MLB-level.

My guess is that we will see Gose for a sizable chunk of the season, but that it will have little to do with Rasmus' performance. If an everyday outfielder goes down with an injury, I'd assume that the Jays will look to Gose to fill in. I doubt he'll come up unless he were to get full time at bats.

Nextly, @coolhead2010 asks: How much weight do you see AA put into the personality/outlook of his player acquisitions?Does this bode well for Colby Rasmus?

Wow, you guys really have it in for Colby Rasmus, don't you?

To your first question: I think that the "soft skills" matter somewhat to Alex Anthopoulos, but not to the degree that you hear them discussed after roster moves are made. On-field performance still matters most, but "intangibles" talk is easier to expound upon with the members of the media.

Don't forget that a year ago, Anthopoulos went through a period of criticism for his lack of transparency among members of the baseball press. Talking up the intangibles provides lots of fodder for the public discussion about these moves without AA being forced to open up in any sort of substantive manner about the process behind the transactions.

As for how any of this affects Colby, I don't get the impression that Rasmus is a bad dude at all, though that's a position I take from a perspective that is far detached from the clubhouse, and a point of view that is sympathetic to him in general.

The bottom line is that if Colby hits like he showed he could for a significant chunk of last season, we'll talk a lot less about his demeanour and hair and all these trivialities.

And so on...@KenInToronto asks: How many AB does Cooper get this year? Any chance he forces Lind to the bench?

On the one hand, I think that people should brace themselves for a lot of Adam Lind this year. He might be hidden from tough lefties, and me might only start four days per week, but by the season's end, I'm guessing that he has at least 400 ABs in a Blue Jays uniform.

Think of it this way: Lind is an asset with virtually no value at this point, and the only transactions left for the Jays to make are to eat his salary and release him or eat his salary and trade him for nothing. Same difference, pretty much.

But put yourself into Alex Anthopoulos' shoes for a moment, and imagine that you're walking down the hall to tell your bosses - who just opened up their wallet and provided a sizable increase in your operating budget - that you're about to flush $7 million down the toilet because you just want to get this one player out of town. Do you think that's a wise use of Anthopoulos' professional capital within the organization?

There's probably some sort of argument to be made that David Cooper - the unremarkable mayonnaise sandwich on white bread with the crusts cut off that he is - might be a marginally better option for 2013, especially if he were used as a platoon player in the way I'm supposing that Lind will.

Moving right along, let's finish off with the Speed Round!

I think the first few questions should give you a sense of that. I'm guessing someone other than those two unexpectedly emerges as a significant goat this year, though I also imagine that Jays fans won't let up on either player until they are moved.

@tJays05 asks: What are the chances of someone other than Mark DeRosa being the 25th man?

I suppose it is possible. There's a chance that DeRosa arrives in Dunedin and there is a sudden realization - either on his part or the team's - that he's no longer cut out to be a major leaguer. I don't see anyone wresting the job from him in a Spring Training battle.

@walshag asks: Is there really a competition for back up catcher, or is Hank White (Henry Blanco) a lock?

Given the need for a catcher who can reliably handle the knuckleball, I'd assume the backup catcher job is Josh Thole's. Not to mention the fact that Thole has an outside chance to push Arencibia for playing time if he reverts to his 2009-11 form (.350 OBP in 672 PAs.) Blanco strikes me as org depth.

Yeah! Never mind the rate stats, these are the dingers! The long bombs! The jackxxxxxxs! My best guess is that Lind hits more than Rasmus, Lawrie hits more than JPA, and Encarnacion bests Bautista. Though I could go either way on those, which probably makes them decent prop bets.

As for Gibby and Fasano? Pfft. Now you're just being silly.

‏@Roll_Fizzlebeef asks: New Orleans Pelicans new logo/colours out today. Your thoughts? Bets on next baseball team to go through the laundry switcheroo?

Ah, nice job appealing to my uniform nerdery. I really like the Pelicans name and logo. There's a great little detail at the top middle of the logo with a wrought iron feature, playing off the local architecture. I'd want to see more of the actual uniform kit before I pass judgment, but this is a nice start.

As for which MLB team takes the plunge next, you have to consider who hasn't made a change in recent years, which narrows the pool. My best guess is that given the new ownership, the Los Angeles Dodgers might add a new alternate jersey. Or not. Who knows? Regardless, there will probably be at least five teams making uniform amendments for 2014.

@JoshKogon asks: If you were managing, how closely do you examine Bonifacio vs Izturis for starting 2B?

Seriously, I've gone back and forth on this question all winter long. I like both players, and have since before they became Jays. At the moment, I'd lean towards Izturis because I think he has better walk and strikeout rates, as well as more experience at the position. But ask me in five minutes, and I could change my mind.

Finally, @EthanDR asks: How much do you miss baseball? Use specific, comparable examples.

I miss baseball like...um...A LOT. Like a...um...Sorry, I'm not good with similes.My mind is like an empty pail when it comes to similes.

But needless to say, I look forward to baseball season. Like Tom Hanks looked forward to having an awkward moment with Helen Hunt at the end of Cast Away. Does that work?
Posted by Tao of Stieb at 1:08 PM

Blanco wasnt brought in to be in AAA, Dickey has stated he feels Blanco is best to knuckleball and has caught him in 2010. It will be a ST competition but Blanco has an edge.

Regarding Adam Lind - a wise man once said you don't get rid of a guy just because you think he's not good; you only get rid of him when you have somebody better. The Jays definitely don't have anyone better against righties. So yeah, he'll probably continue to get lots of rope.