Why the All-Star Game Is Good, and Three Simple Fixes to Make It Better 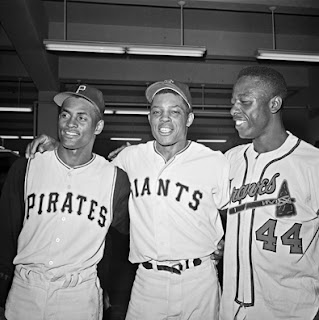 When it comes to loving MLB's All-Star Game, I'm a true believer. No matter how much it seems as though the the game underwhelms, and no matter how many dunderheaded decisions are made with the rosters in the lead-up to the game or during the action, it's still hard to suppress the the excitement for the night itself.

We're now a decade past the night where Joe Torre, Bob Brenly and Bud Selig seemingly conspired to ruin the mid-season classic for everyone and for all of eternity, ending the 2002 game in a tie after shoehorning all of their pitchers into action in the game's early innings. It's almost started to feel as though the anger from that night is beginning to dissipate. Finally.


Much of the consternation in the ensuing decade over the quality and meaning of the All-Star Game can be attributed to that night, and understandably so. What followed were questionable decisions that attempted to fix what would not have been broken if that one game had rested in more astute hands. The rosters eventually expanded to 34 players. The game would "count" and decide home-field advantage in the World Series. And at some point, a premium was placed on "utility" all-stars - hello Omar Infante - who could play a number of positions if managers had already torn through their vast list of reserves.

Even with all of those missteps, I can't stop coming back to the game with an eager spirit and an open mind. Maybe it's because it's almost impossible to fake your way through the game baseball, so even as an exhibition, it can be pretty compelling to watch. Pitchers don't throw at half speed, batters take full cuts, and fielders lay out to get balls. The game is still a game, and it's the game that fans love.

That's not to say it's perfect, though. As someone who is a friend of the All-Star Game, indulge me for a moment as I make a few humble suggestions for improving the for fans of the game.

Reduce the Roster Size: If you look at the rosters from the All-Star Games in the Eighties and Nineties, you'll find some surprising selections, but not nearly as many undeserving half-season flukes as have been seen in since the latest wave of expansion.

Unfortunately, graceful alternatives to the current roster structure would mostly result in creating artificial rules to control the dumber urges of the yearly managers. If you ordained that starting pitchers needed to be used for at least three innings, what happens if that pitcher gets shelled in the first or second inning? Would you end up with players feigning mid-game injuries to remove themselves? Layering on rules that are not germane to the game would only lead to weird non-baseball decisions and new manners of circumvention. Or worse, players avoiding the All-Star Game altogether.

But if you were to reduce the size of the roster back to 30 or even 28 players, you would take away the impulse of the managers to go to their pen or their bench too early.  The starters who were voted in by the fans would get more time, and there would be fewer questionable selections tacked on to the butt end of the roster to fill out the card. Because very few of us are holding our breath in anticipation of Chris Perez's appearance in the game tonight.

The problem with reducing the roster is that it will make it harder to ensure full representation from all of the 30 teams, and this is still a noble and desirable outcome. Regardless of what the punditry say, fans still get excited to see their guys in the game. To address this, two additional stipulations would be put in place.

First, you limit the number of representatives from any given team to five players. Yes, the 2012 Texas Rangers are a sight to behold, but would anybody mourn the absence or Matt Harrison or Joe Nathan if they hadn't made the team this year?

Second, you allow for non-player personnel to be a team's representative. If the best the Oakland A's could muster this year was Ryan Cook, why not allow Chili Davis to represent the team as the hitting coach, or Nick Paparesta as the athletic trainer? Maybe those aren't the best examples, but you get my drift.

Make Way for the Kids: In most years, rookies or up-and-coming stars are often left off the rosters. That's why it is a delightful turn of events this year that Mike Trout and Bryce Harper will make appearances in the All-Star Game.

Ballot-box stuffing aside, the fans generally do a pretty good job of picking the right players to appear in the All-Star Game. Whether through the standard vote for the starters or the votes for the final slots on the roster, the fans generally pick someone deserving. So why not extend to the fans the opportunity to vote in a young, compelling player from each league who has less than 1.5 years of MLB service time to participate in the game?

Ensuring that there is a mechanism for reliably adding these young players to the roster would provide an interesting storyline in the lead up to the game, and would help to highlight the new and emerging talent that will eventually become the stars of the game. Plus, it would allow the fans to get to know a number of new faces as they weight their options on the ballot.

Put the Game on Cable: When Fox digs deep to find outlandish sums of money to throw at baseball, the All Star Game is one of the key properties for their over-the-air broadcast rights. And yet, the need to turn the game into a broader entertainment program that captures non-fans results in some of the most garish and unnecessary moments.

When fans have been waiting all day to watch the game, seeing some crappy country-pop-faux-rock ensemble mugging into the camera while singing a completely unnecessary song is an insult. It's completely superfluous, and takes time away from the actual baseball portion of the broadcast. In fact, it seems as though the player introductions - one of the best parts of the All-Star pageantry - are now rushed because of the non-game related promos and stunts that lard up the first 45 minutes of the broadcast. Moreover, you can be reasonably certain that the camera will cut away to prominently feature People Who Think They Can Dance, the hosts of whichever music competition is on these days, and long, ponderous voiceovers by the star of whichever Fox drama no one is watching these days.

Not that you can blame them for taking advantage of the event to pimp their own product. That's always been a good part of the equation for any rights holder. And while it would be hard to argue that ESPN is the model of restraint when it comes to self-promotion during broadcasts, cable sports networks are much more focused on appealing to the fan of the game rather than concerning themselves with drawing in eyeballs that happened to stumble upon the screen.

Ultimately, the game belongs in a place where the focus will be on promoting the sport and creating a greater appreciation of baseball. Eliminating the need to maximize every ratings point and wring out every promotional opportunity would go a long ways towards making the experience more satisfying for fans. It might even help baseball entice a few more fans to become engaged in the game every day.

And really, shouldn't that ultimately be the point of this showcase?

Let's Chat, Shall We?: If you're planning on having a multi-screen experience with tonight's Home Run Derby, I'd be happy to have you as my guest as I host a chat on Sportsnet.ca to coincide with the tater slammin' contest.

Agree or disagree with any of the All-Star Game suggestions above? Want to talk about the Jays' first half, or commiserate on the state of the pitching staff? Or do you need support to guide you through the Homerthon itself? Want to bounce outlandish trade scenarios past me? I'm all ears. Stop by, and join in the fun tonight at 8 pm.
Posted by Tao of Stieb at 11:56 AM