Wading Back Into the Fray 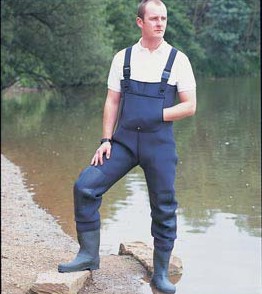 Oh hey there. Remember me...er, us? (Sorry, need to flip that switch back on. Unless I can the whole "we" thing once and for all from here on out. Which, to be frank, I'd probably prefer. Are you okay with a bunch of "I/me" in your posts? Let's try it on for size, shall we?)

Yes, your somewhat devoted blogging scribe (scribing blogger?) is back from a few weeks of much deserved rest and relaxation. But fear not! By virtue of all the technology and the digital video and the Twitter, I already know what's on your mind, and how gosh-darned fed up with all of it that you are. Which is why I'll spare you any long-winded defense of Francisco Cordero. You all seem to viscerally hate him, and hate John Farrell for not hating him as-much-if-not-more than you, so...go ahead. Have at it. I'm not talking you off that ledge.

Later this week, I'll delve into a midway report card for the team, talk a little All-Star mumbo jumbo, and maybe even finish off the ponderous piece on why we shouldn't be so focused on the acquisition of major league talent. (It's a bit heavy-handed at this point, so I have to dial down the sanctimony a tad.)

In the interim, a few thoughts and observations on the state of the Jays.

What's the Deal with Ricky Romero: Last year, Ricky Romero struggled with his location down the stretch, but there was something to admire in his ability to tough it out and manage to get outs and ground balls when necessary. This was part of that mystical je ne sais quoi that big time, front of the rotation hurlers have, and it was great to think that Romero had evolved into something beyond a thrower. He was a Pitcher. Genuflect in respect.

This was a happy thought at the time, especially since the notion was that Romero's lack of command was somehow just a side effect of a long season, and it would return to its full glory after he had a full offseason to rest and refuel. But from the very first game of the season, Romero has struggled to locate, and seems to have had more trouble locating his fastball than his breaking pitches. Which seems strange, though the best explanation for this seemingly backwards state of affairs might be that he's overthrowing the fastball when he gets behind. What ensues is missing by the "one lousy inch" that Romero mentioned in the offseason promo campaign...except that it's not one inch, and it's not isolated to a handful of occasions. Add it all up, and Romero has missed expectations by a mile this year.

There are volumes of dime store psychology pushed out on Twitter about Romero's state of mind, and while it's probably unwise to wander into that sphere, there's something to be said for containing one's emotions on the mound. Roy Halladay famously referred to his "next pitch" mantra, in which he'd allegedly block out the situation or result of the last pitch, and focus all his energy into selecting and executing the next one. If Halladay happened to leave a spare copy of Harvey Dorfman's "The ABC's of Pitching" hanging around the clubhouse, Romero might do well to leaf through it.

Last Month's Whipping Boy: Remember when people thought that Colby Rasmus was all messed up, and that Tony LaRussa was right, and that the Jays should demote him to send a message, and that Travis Snider should be playing centre field instead, and that Alex Anthopoulos isn't really as smart as all us Kool-Aid drinkers think because he took on this underachiever?

Oh, Wandy: Not that this fire needs any more gas tossed upon it, but if the Jays are looking to find a solution to their pitching woes - and oh, what woe! - then the most desirable option out there might be Wandy Rodriguez.

Or maybe it just seems that way because your favourite blogger just has a bit of a Wandy fixation. And maybe he occasionally comes up with alternate lyrics to Barry Manilow's "Mandy" to express his adoration for the Astros' diminutive lefty. Not that there's anything wrong with that.

But given the state of the Jays' pitching staff and the dearth of available starters, it might not be the worst move to take a shot on a guy who has been mostly effective and quite healthy, averaging 30 starts per year since 2007. Plus, he's still under control for another year with an option for 2014.

Maybe the point is that a player who gets jacked up on caffeine and sugar and overly-articulate handshakes and raw maple-flavoured scrappitude should be let out of the gates as soon as possible. Because that buzz might dissipate by the third inning.

Finally: Sorry about not being around more. I'll be right here for you, through the rest of the season. You have my full attention, or at least as much of it as I can spare.
Posted by Tao of Stieb at 3:20 PM

I like the "we" thing. It makes you sound more important, like you have a team of underlings feeding your thoughts.

Besides, it's your bit. Without it, all you have left is reasonableness and class.

how does this square with the Keith Law approved wisdom that where a player bats in the lineup makes no difference to his performance?

I dunno. It probably doesn't square with it to well, right?

I sit somewhere in the middle of the two camps: I think that the notion that batting order has no impact over the course of a season is bunk. But I also don't lose my mind over it. Or at least I try not to.

nice to see you back.. we ...enjoy your writing

Nice to see this blog back in action - love reading about my Jays!

I think changing a player to the leadoff will have a more pronounced effect on their numbers, because usually leadoff hitters try to play a certain role where everyone else in the lineup is just another hitter.

If playing leadoff effects Lawrie's approach in such a way that it improves his at-bats somehow, then I'm all for it!