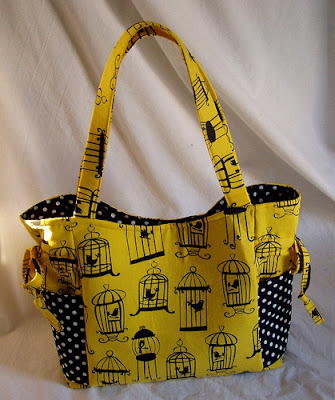 It's summer, and chances are, you're all way more interested in hitting a patio or heading out to the cottage than reading our blatherings. But since some nice folks sent in questions, we'll plow through them and give you something to read in between all the fun. We call it a Tweet Bag. Which seemed clever at the time.

Firstly, ‏@BonnieMacD asks: Should I be frightened by Ricky's recent handful of shaky starts?

You know, usually we're the dude that talks you back on this stuff. "No, he's fine...he's just scufflin'...he'll be okay." But allow is to enumerate the three things that give us reason for pause when it come to Ricky Romero.

1) We were impressed with the way that Romero battled through the closing months of the season, getting trough games without his best stuff. We figured that he was gassed from a long season, and that he'd come back fresh in the new season. Except that in his starts early on this year, he's pretty much continued to look like the pitcher who was worn out last year.

2) There's something that we've noted in Romero's delivery, where it looks like there's added effort through his shoulder and back as he plants and his arm crosses a plane from behind to in front of his shoulder. Maybe our lyin' eyes are playing tricks on us, but something looks askew there.

3)Did you see the pictures that Romero tweeted the day before his start, in which his arm and shoulder are filled with acupuncture needles? This is probably more common than we know, but when you're worried about the health of one of your front end starters, seeing the tools of their trade dressed up like something out of a Clive Barker movie is very scary indeed.

Next up, the heretic @Fox_Matthew boldly asks: End of May, should we start asking where the 3rd base production is? And not the beating of ground balls in the infield.

So, yes, what the Fantastic Mr. Fox mentions here is quite true: The Blue Jays' everyday third baseman - this Brett Lawrie chap - has had a somewhat underwhelming first six weeks.

Sure, he's looked great shifted all over the field, tracking down balls in right field and generally looking pretty great with the glove. But...was that what you expected from Brett Lawrie coming into the season?

Did you expect that he'd trail Rajai Davis by nearly 100 points in slugging near the end of May? Or that he'd have managed just seven bases on balls so far? Or eight extra base hits through the first quarter of the season?

The point - and we're always searching for a point, even if we rarely find one - is that the hype around Brett Lawrie was so overheated that he couldn't help but disappoint. Although it's worth noting that the majority of the Lawrie fans that we run into these days are so enraptured with his fierce gamey grittiness that they can overlook the gap between the adoration and the performance.

If Lawrie can start spitting at some of those pitches off the plate or below his knees, and start holding out for something up in the zone, we're pretty sure he can turn the season around and end up with an OPS over .800. Which would be perfectly fine for a 22 year-old.

@stephenJdorme: Do the Jays have a chance at the AL East title, or should I not kid myself and look at the wildcard, if that?

It's a bit remote, but not out of the question. It looks like no team in the AL East is going to run away from the pack, so maybe with some luck, they stick it out. But isn't that the fun of baseball? Having your team run roughshod over your emotions for six months is its own sort of pleasure. Still, 85 wins sounds about right to us for this year, with some really great signs for the next three or four years. Hang in there kitty. The postseason is coming eventually.

@E_Pintar: What is your favourite bacon-related meal? and what is one (internally) move you'd like to see the Jays make?

Is there anything that tastes bad when bacon is involved? Last night, my neighbour was cooking bacon on his barbecue, and we almost passed out from the confluence of awesome smells.

As for the internal move we'd like to see, we were about to re-hash the Snider-Thames thing one more time until our lunch this afternoon with The Org Guy. We spent the better part of the time it took to down our first pint of the day pondering the idea of Moises Sierra's promotion to the big club.

Sierra has never blown the competition away through his minor league career, but he's always been pretty good. He plays well in the field from the handful of his spring games that we've seen, and could slot in as a decent option for a fourth outfielder who can play in all three outfield spots, pinch run and hold his own at the plate.

If Thames is reaching the end of his rope and Snider needs more time to get his wrist right, Sierra might be a decent option. He won't put the team over the top, but we'd like to see what he's got.

@Archizuber (Funny man!): Don't you put any stock into defensive metrics that nobody could possibly calculate or quantify at home?

We're too dumb to answer this question.


@BackInBlue2012: Could you see former Blue Jays coming to Twitter to defend themselves if it was available in the 80's and 90's?

Dave Winfield would have been all over Twitter if it were available back then. Dave Stieb would have had emo blasts out at the non-believers. Joe Carter would have promoted Joe Carter like nobody's business, and would have filled his feed with positive affirmations. Kelly Gruber would have been the party dude, tweeting pictures of the guys out on the town. And Jim Clancy would have an account, but only one tweet over three years: "Tryin' this tweeter thing. Hello out there!"

@james_in_to: Do you expect the Blue Jays will face adversity with the umpiring for quite a while or will things blow over fairly quick?

The thing about reputational capital is that it is like other sorts of capital: Difficult to amass, easy to spend. The Jays have pretty much blown their wad this year when it comes to the umpires, and it's going to be years - yes, YEARS - before they can earn their way back to even ground. Does this mean umpires will be out to get them? No. But it means that they'll be watched with a different eye, and will not get the benefit of the doubt.

We're not saying whether if this is wrong or right or fair. It's just the way it is.

@highcheese15: What are the realistic expectations of Vladimir Guerrero once he gets to the big club?


We haven't the faintest. It strikes us that he hasn't been great over the past three years, but maybe the time off has allowed him to heal, and he'll have something left in the tank. But for more on Vladdy, check out my Sportsnet roundtable with Steph Rogers and Mike Cormack. We hash it out there.

You might be surprised, but I'll say José. He's got that swag back. Also, he's keeping his head down through his swing.

@CountyPride (Who thinks I'm an idiot, but I'll take the bait anyways): Are the Blue Jays where you thought they would at this point in the season? What is your forecast for the rest of 2012?

They are pretty much where we figured they'd be. They are what we thought they were. Expect pretty much the same through the rest of the schedule. 85ish wins.

@JamieWine: I'd like to know why Lind was waived and why no team was willing to take a chance on him. It would only cost $5m/yr for 2yrs.

Because other teams saw what we all saw: A guy who can only DH or play first, but who doesn't have the bat to stick at either of those spots. There are only so many teams that have enough of a gap in those spots to want to take him on, regardless of the salary. It'll be an uphill battle for Lind to get back to the Jays, let alone anywhere else.

And that's it. Let's zip up the bag for a few weeks, and come back to talk all about David Cooper and Ryota Igarashi, and which number two pitcher we can get back for them in a trade. Happy weekend, suckers!